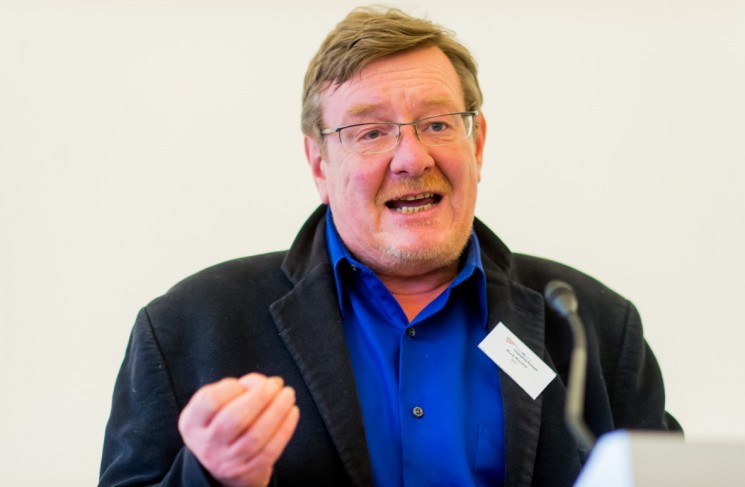 A conference organized by ‘The UK in a Changing Europe’ on 8 February provided a rare occasion for leading journalists, broadcasters, and academics to exchange experiences and views on how the EU is reported in the UK and the challenges of reporting EU news.

Keynote speaker, Mark Mardell (pictured above), presenter of the BBC’s ‘The World This Weekend’, underlined how important EU news has become due to the referendum, the Greek crisis, and migration, but pointed to the difficulties of reporting the EU to an audience that lacks knowledge of European politics and that is divided on UK membership. Referring to ‘the elephant of objectivity in a room full of passion’, he commented on how fulfilling the BBC’s duty to cover the full range of arguments and opinions on the EU draws constant criticism because emotions run so high on the issue. Comparing his experiences as BBC editor in both places, Mr Mardell discussed how language and cultural differences made reporting ‘Europe’ far more challenging than North America. To watch the keynote and individual panel click here.

There was wide agreement that the EU attracts high levels of media attention, which the University of Amsterdam’s Claes de Vreese, argued has had an important impact on public attitudes and electoral turnout. Whether the UK is different from other member states, however, was a debate that ran throughout the day. Katrin Auel from the Institute for Advanced Studies, Vienna, reported results from a six-country study which showed that soundbites from politicians play a much greater role in UK coverage of the EU than in other countries, that Eurosceptic politicians receive a higher level of coverage, and that almost all articles on House of Commons activity relating to the EU focus on institutional issues to the neglect of bread-and-butter domestic policy.

Highlighting the role that media coverage has played in shaping Eurosceptic opinion, Oliver Daddow, Nottingham Trent University, reported that ‘The ratio of readers exposed to anti-EU messages in the press in comparison to pro-EU messages is about 8 to 1 in terms of readership numbers.’ Susan Banducci, meanwhile, considered that coverage of EU politics is no more negative than coverage of national politics. Taking the discussion in a different direction, John Lloyd, Financial Times and the Reuters Institute, suggested that ‘all politics is national, which is one of the reasons why audiences don’t get the kind of information needed to understand Europe as a whole. To watch the keynote and individual panel click here 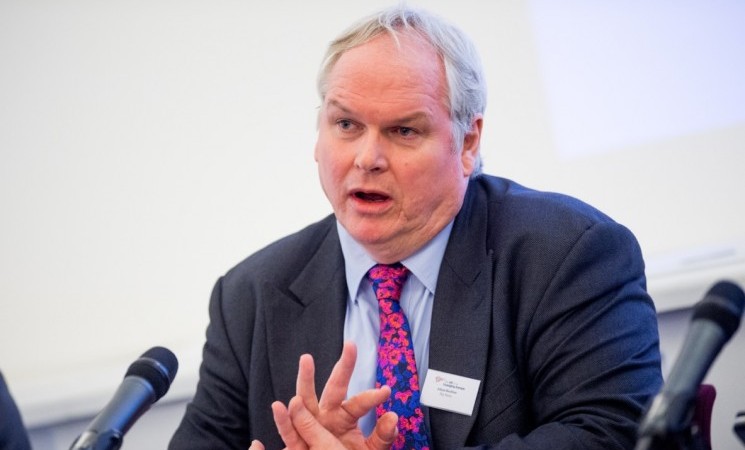 Addressing the question of how well the UK media covers EU news, Cardiff University’s Mike Berry argued that BBC coverage is mainly reactive and focuses divisions between and within the Conservative and Labour Parties. According to Adam Boulton (pictured above), the EU is of interest to viewers and Sky News has the balance about right.

Looking at the print media Charles Clarke (pictured below) took a somewhat different view. He argued that the main prism through which British newspapers report European issues is ‘the UK versus the EU’, a message reinforced by a sense of UK weakness in the EU. He added: “The virulence of the way in which papers like the Mail and the Sun at various times have sought to set the agenda on the EU issue does infect the British political debate in a very damaging way”, though did not rule out the Sun supporting the remain campaign. 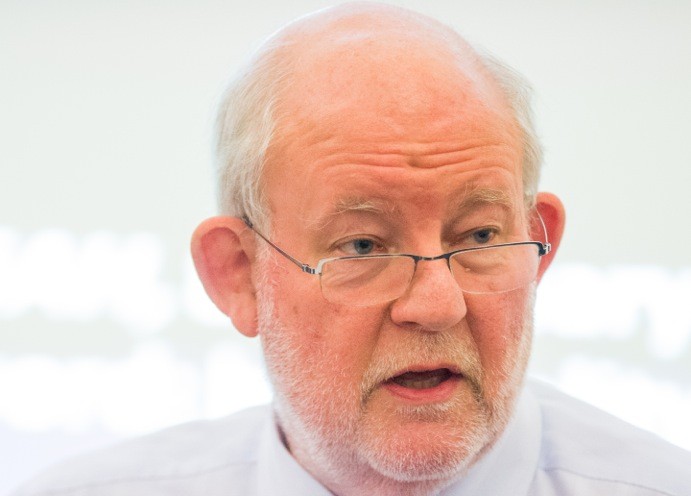 Mark English, Head of Media at the European Commission Representation in London, thought that the UK media was no worse than in any other member state. Will Moy from Full Fact expressed a similar sentiment in one of the day’s most memorable observations: “The job of the British media in relation to the European Union seems to me to be to describe the indescribable to the indifferent. Given that’s a pretty tough gig, I don’t think they’re doing that bad a job of it.” To watch the keynote and individual panel click here.

Is the UK media different? Cristina Marconi, co-author of a study of how media organizations cover the EU, made two important observations: that there used to be a protective attitude from European journalists toward the EU which has now vanished; and that “We are still struggling with the idea of a European common interest, but we now have an anti-European common interest.” Comparing coverage of the Spitzenkandidaten in Germany and the UK, Simon Hix, LSE, observed that the process was largely ignored by the UK press, encouraged by the British government who wanted to pretend it wasn’t happening. In Germany, by contrast, media coverage led to engagement by the public. To watch the keynote and individual panels, click here.

The day ended with a fascinating exchange between journalists at the Telegraph, Sky News, The Economist and FT, chaired by Sean Klein, former Brussels bureau chief for the BBC, drawing on their experiences as Brussels correspondents. Olivier Baisnée from the Institut d’Etudes Politiques de Toulouse opened the session by outlining the EU blame game: national politicians blame ‘Brussels’ for a decision they themselves have agreed on, ‘Brussels’ blames journalists for not covering EU processes properly, and journalists blame the public for not being interested in EU policies.

The correspondents pointed to various challenges. For Anton La Guardia, the Economist, having to devote valuable column space to explaining the issue before reporting it was a problem, as was the national focus of EU news, and the absence of colour: “In EU reporting you have no recognised symbols, few personalities and very dry subjects, which makes it very difficult to report on any particular day.” For the FT’s Josh Chaffin, the strong diplomatic culture in Brussels, manifested by a tendency to minimize conflict, led to a suppression of normal politics and therefore newsworthy drama.

Robert Nisbet, Sky News, highlighted the battle in the newsroom between the domestic reporters who follow politicians abroad for summits and those based in Brussels who have the real insider knowledge. The Telegraph’s Matthew Holehouse brought the day to a close on a mischievous note. He observed that: “The great joy in covering Brussels is that it’s anarchic in comparison to Westminster… To have 28 governments, the Council and the Commission all giving briefings, and in a city in which paperwork and documents are traded like cigarettes in prison, is a delightful change in culture for a journalist.” To watch the keynote and individual panel, click here.

UEA Professor Hussein Kassim, UK in a Changing Europe senior fellow who organised the event, said: “How the media covers the European Union will have a profound effect on political debate and public opinion and is likely to have a significant impact on the outcome of the forthcoming referendum.”

BBC news coverage of the event