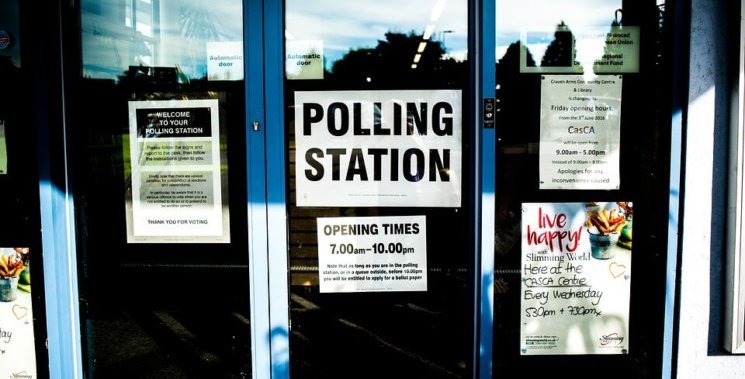 Do voters know what they are doing? This is a question that is often asked about referendums, not least by those who doubt voters’ ability to grapple with major issues of policy.

Since the EU referendum it has, perhaps, been regarded as a particularly pressing question by some on the Remain side. For example, the charge that many Leave voters were ill-versed in the economic consequences of leaving the EU not be explicit in analysis that has suggested that Leave voting areas were more likely to suffer economically from Brexit, but it is certainly implied.

Meanwhile the claim on the Leave side’s referendum battle bus that ‘We send £350 million to the EU every week’, money that it was argued could be spent instead on the NHS, is often presented as an example of the kind of (allegedly) misleading propaganda that helped beguile voters into backing Leave.

In a chapter in the latest British Social Attitudes report, published today, we examine how public attitudes towards the EU have evolved over the longer term in the wake of the referendum campaign and its aftermath.

In particular, we ask whether the public’s attitudes towards the EU became ‘better informed’ following the referendum campaign and the subsequent debate about what the shape of Brexit should be.

Of course, this immediately raises the question as to what we mean by ‘informed’. Our approach is that voters’ attitudes towards EU membership can be said to be ‘informed’ if they reflect their underlying identities and values, together with their perceptions of the consequences of staying or leaving.

Voters are therefore said to have become ‘better informed’ if the relationship between their attitudes towards EU membership and those identities, values and perceptions has strengthened.

Note that we do not question the foundation of those identities, values and perceptions – we are merely asking whether voters are better able to bring them to bear in making up their minds about EU membership.

To see whether this crucial relationship has changed in the wake of the Brexit process we included on the most recent British Social Attitudes (BSA) survey – conducted in the second half of 2017 – a suite of questions that had previously been asked on the 2015 survey, interviewing for which took place after that year’s general election but well before the referendum campaign had got into gear.

Included in this suite of questions is one about Britain’s membership of the EU that BSA has asked on a regular basis since the 1990s. It reads:

… to leave the European Union,

to stay in the EU and try to reduce the EU’s powers,

to leave things as they are,

to stay in the EU and try to increase the EU’s powers,

or, to work for the formation of a single European government?

In 2015 only 22% chose the ‘leave’ option.  By far the most popular response, backed by 43%, was that Britain should stay in the EU but try to reduce its powers, a sentiment to which the then Prime Minister, David Cameron, seemed to be trying to appeal in his efforts to ‘renegotiate’ the UK’s terms of membership in early 2016. Now, however, as many as 36% say would prefer to leave.

Sentiment against the EU has evidently hardened during the course of the Brexit process, albeit that the proportion saying Britain should leave the EU in response to this multi-option question is still less than is found when polls simply ask voters to make the binary choice between Remain and Leave.

Today’s chapter shows that, for the most part, it is the latter pattern that is in evidence. For example, among those who think that being a member of the EU has undermined Britain’s identity, there has been a 22-point increase since 2015 in the level of support for leaving the EU. In contrast, among those who disagree with the proposition, the rise in the proportion choosing leaving has only been seven points.

These are far from isolated examples. The chapter shows more generally that the increase in support for leaving the EU has been more marked among (i) those who do not feel European, (ii) those in England whose English identity is stronger than their British identity, and (iii) those who are more concerned about the cultural consequences of immigration.

People’s views about the EU reflect their sense of identity more strongly now than hitherto. The same is true of people’s values, that is, whether they are a libertarian (or social liberal) who is comfortable living in a diverse society or an authoritarian (or social conservative) who prefers a more homogenous social environment. Support for leaving has grown more among authoritarians than libertarians.

Meanwhile those who think that leaving the EU will enhance Britain’s influence in the world have registered a much sharper increase in support for leaving than have those of the opposite view.

So, despite the criticisms that have been made about the quality of the referendum campaign and the subsequent debate about Brexit, voters’ attitudes towards the EU have become somewhat ‘better informed’ during the last couple of years.

Those whose underlying identities, values and perceptions of the consequences would lead one to anticipate that they would back leaving the EU are now more likely to express that view. Conversely, support for staying in the EU is now, relatively speaking, more popular among those who one would anticipate ought to be predisposed towards that view.

This development perhaps helps explain why attitudes towards Brexit have been relatively stable during the last two years.  Attitudes that are firmly rooted in people’s identities, values and perceptions are less likely to be labile than those that are not.

But, of course, if those identities, values or perceptions themselves were to change, then maybe the future trajectory of attitudes towards Brexit would begin to look rather different. So far, however, neither side in the Brexit debate seems to have made much progress in that endeavour.

By Professor John Curtice, senior fellow at The UK in a Changing Europe and Sarah Tipping, Research Director at NatCen Social Research. This piece originally featured on What UK thinks EU.