Between a rock and a hard place 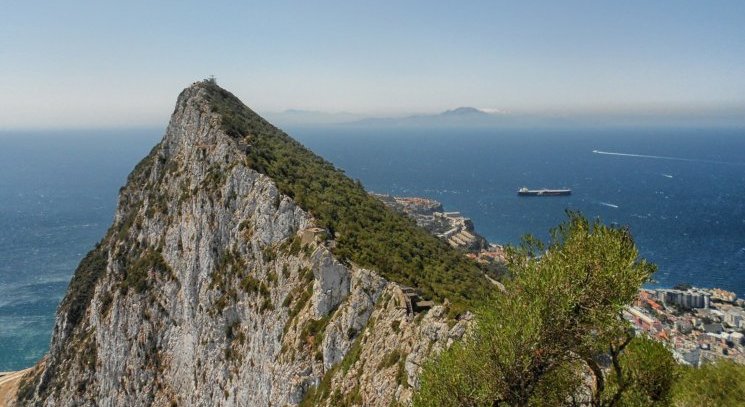 The UK Government and media seem to have been taken aback by the decision of the EU to introduce the question Gibraltar into the Brexit negotiations, insisting that any deal concerning Gibraltar must have the approval of Spain. They should not have been surprised, as it featured in the list of priorities issued earlier and is a matter of extreme sensitivity in Spain.

Gibraltar is a self-governing Crown dependency, which decided, unlike the Channel Islands and the Isle of Man, to join the EU with the United Kingdom in 1973. This is governed under EU law by article 355.3 of the Treaty referring to European territories for whose external relations a Member State is responsible’.

With its wide competences (effectively everything except defence and foreign affairs), Gibraltar’s powers cover most EU matters and it is responsible for transposing Single Market directives. Gibraltar is represented in the European Parliament, sharing a constituency with south-west England. It has a representative office in Brussels but, unlike the devolved administrations, it does not participate in the UK delegation to the policy-making Council of the EU.

While subject to most EU law, Gibraltar is in the European single market but not the customs union. This means that it enjoys free trade in services and is subject to EU law but retains its own tariffs on manufactured goods.

Spain does not accept UK sovereignty over Gibraltar. The border was closed in 1969 by the dictator Franco and not opened until Spain’s accession to the European Communities in the 1980s. There are also disputes about the existence and extent of Gibraltar’s territorial waters, including reclaimed land. Proposals for joint sovereignty floated by the UK Government in the early 2000s were strongly opposed by Gibraltar (98% of citizens rejecting it in a referendum in 2002) and came to nothing.

Tensions usually rise when the conservative and nationalist Popular Party is in power in Madrid, as it is at present. At Westminster, on the other hand, there has always been a group of MPs who strongly support the case of Gibraltar. Common EU membership of Spain and the UK has helped reduce tensions and manage the border and the EU has sometimes served an arbiter in the periodic disputes about border hold-ups.

In the June 2016 referendum, Gibraltar voted 96 per cent to remain, more than in any part of the UK. All parties, business and the trade unions were strongly in favour of remaining. Since Gibraltar is not part of the UK, it is unable directly to influence Brexit legislation in Westminster. It has argued for a differentiated own settlement.

Gibraltar has been very active in seeking support in London, the devolved territories and Europe. There is a bilateral UK-Gibraltar Joint Ministerial Committee on Brexit separate from that for the devolved administrations. This provides for access to UK ministers to present Gibraltar’s priorities but there is no guarantee that these will not be traded off in the negotiations.

Gibraltar was historically a naval base, with a dockyard as an important employer but in recent years has reinvented itself as a centre for financial services and on-line gaming. This depends on a low-tax regime and a favourable regulatory framework. The on-line gaming business depends mostly on the UK market.

The UK accounts for some 80 per cent of the financial services market and other EU countries most of the rest. There is almost no agriculture or manufacturing in Gibraltar, meaning that food and goods have to be imported, mostly through the land border. There is also a substantial business in tourism, with a thriving trade from cruise ships and cross-border shopping for low-taxed goods, including from British expatriates living in neighbouring parts of Spain.

EU free movement provisions are an essential element in the Gibraltar economic model. Forty per cent of its labour force commutes across the border from Spain. Just over half of these are Spanish and the remainder mostly citizens of other EU states. 9.6 million tourists arrived in 2015, 93 per cent across the land frontier.

Gibraltar provides an important economic driver for the neighbouring area of Andalucia, which suffers from high unemployment and low incomes (and is a stronghold of the opposition Socialist Party). There is cross-border cooperation at a local level and proposals for a European cross-border initiative have been drawn up by a consortium including local governments, business and trade unions on both sides of the border.

The border is thus the biggest concern in Gibraltar. There is universal support for free movement of workers, although this is usually phrased as ‘flexibility’ to avoid terms that might provoke British Brexit supporters. Close attention is paid to developments in Ireland, which might provide a precedent but there are important differences.

In Ireland, the issue of cross-border movement of workers might be dealt with by a bilateral UK-Ireland agreement to allow citizens of each country to work in the other. In the case of Gibraltar, the agreement would have to extend to the non-Spanish EU citizens crossing the border.

On the other hand, Gibraltar already has border passport controls with both Spain and the UK, so there would be no risk of EU workers using free movement to access Gibraltar and then moving invisibly into Spain (or UK workers going in the opposite direction). So there is no technical obstacle to Gibraltar operating its own policy on access for both EU and UK workers, but it does require cooperation from Spain.

Immediately after the Brexit referendum, the Spanish Government renewed its proposal for joint sovereignty but this was rejected by the governments of both Gibraltar and the United Kingdom. The EU has now given Spain an important bargaining card and we can expect it to be used to the full.

Michael Keating is Professor of Politics at the University of Aberdeen, Director of the Centre on Constitutional Change and Senior Fellow in the UK in a Changing Europe programme.