Beyond Brexit: the crossroads facing us all 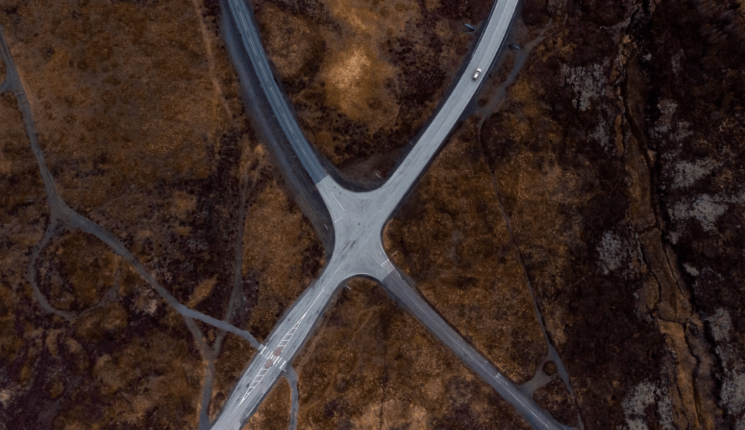 British politics is at crossroads, because the Brexit process has reframed conventional assumptions about how politics in the UK functions.

Put simply, in the UK we have enjoyed decades of relative constitutional stability where reforms were marked by political pragmatism, yet Brexit has revolutionised this and change is now being accelerated. The changes are dramatic and touch many parts of British political life.

Think of all that has been going on: the Conservative Party’s management of Brexit, and now the leadership election; the suspension of the Northern Ireland Assembly at such a critical time; the growing calls for another Scottish independence referendum in response to Brexit; the creation (and subsequent decline) of Change UK; the creation (and subsequent success) of the Brexit Party; and the resurgence of the Liberal Democrats.

In normal times any single one of these would dominate the political discourse, but today they are treated as simply a normal feature of our current political life. Political discourse is conducted at speed in the style of a sports commentator, making any return to normality (that is, a setting where constitutional and existential questions over the nature of democracy were not part of our normal debates) becomes impossible.

This is because the ‘chaos’ becomes accepted as the new normal, and conventions regarding measured, careful discourse are side-lined. It is an exaggeration to say Brexit will lead to political state-building in the UK, but it is not an exaggeration to say that the transformations will create new conventions as stability slowly returns after Brexit.

So, whilst acknowledging these moving parts, it is worth isolating one of them in order to shine light upon it: the Conservative Party leadership election taking place in the shadow of Brexit. Needless to say, Brexit frames many contexts at the moment, however whoever becomes the new Conservative Party leader will inherit a Brexit process undertaken by the former Party leader, Theresa May. Either Boris Johnson or Jeremy Hunt will find themselves with a clock ticking its way down to 31 October, and a parliamentary arithmetic not open to consensus forming or, indeed, passing a deal.

More broadly, the new leader will also inherit a political environment in which the Conservative Party is polling at around 20%, alongside Labour, the Liberal Democrats, and the Brexit Party. For any incoming leader this is a deeply problematic situation with the two main parties plummeting through the presumed floor of electoral support.

Needless to say this makes predicting how they, the Lib Dems, and the insurgent Brexit Party will perform in a general election under first past the post impossible, yet it will be the aim of the new leader to do precisely that.

Of their main opponents, the Conservatives face two major threats on the issue of Brexit. They are the staunchly pro-Remain Liberal Democrats and the equally staunchly pro-Leave Brexit Party. Appealing to supporters of both will be rhetorically and legislatively impossible, however without doing so being able to form a majority government also becomes highly unlikely. This poses a significant challenge for the new leader, who ultimately will be pressured by both sides to deliver Brexit in a way they recognise.

Alongside this the new leader will need to galvanise the party faithful by articulating a new ideological vision for a conservative future. As many younger conservatives seek to reform conservatism around issues such as extending fiscal responsibility towards the remains of the public sector, it is important to recognise a simultaneous wish to promote the growth of cultural conservatism with a particular conception of British identity.

It is, put simply, a highly transformative moment for the Conservative Party (and conservatism more broadly) which ultimately may find a great sympathetic support base amongst Brexit Party voters. In the event Johnson becomes the new Conservative Party leader it is likely to be the chosen route.

However, it is important to note that the resurgent Liberal Democrats are enjoying renewed momentum following the European Parliamentary elections. Their fierce advocacy for Remain has attracted growing support amongst disaffected Labour and Conservative voters who want the UK to reconsider its decision to leave the EU though a second referendum.

Their capacity for realising this is limited given their modest number of MPs, yet as we know power is essentially ephemeral given it is driven by consent. For example, Nigel Farage’s party, even with no MPs in the Commons, is able to appear influential by pointing towards a growing support base of disaffected voters from across the political spectrum.

Needless to say there are many more issues facing the four parties at this point. However, as the Conservatives are currently in office they have an opportunity to set the path for how the next few years play out. The key to this, as ever, is Brexit. If the Conservatives deliver a no deal Brexit, then they will likely lose the prospect of appealing to Remainers in the electorate, however they may have a chance to appeal to the Brexit Party support base.

Similarly, if they deliver a softer form of Brexit (or no Brexit at all) then they have a chance to appeal to Remainers. The question, therefore, is which group do they want to appeal to, and which route most satisfies its existing membership?

By Dr Andrew S. Crines, Senior Lecturer in British Politics at the University of Liverpool.