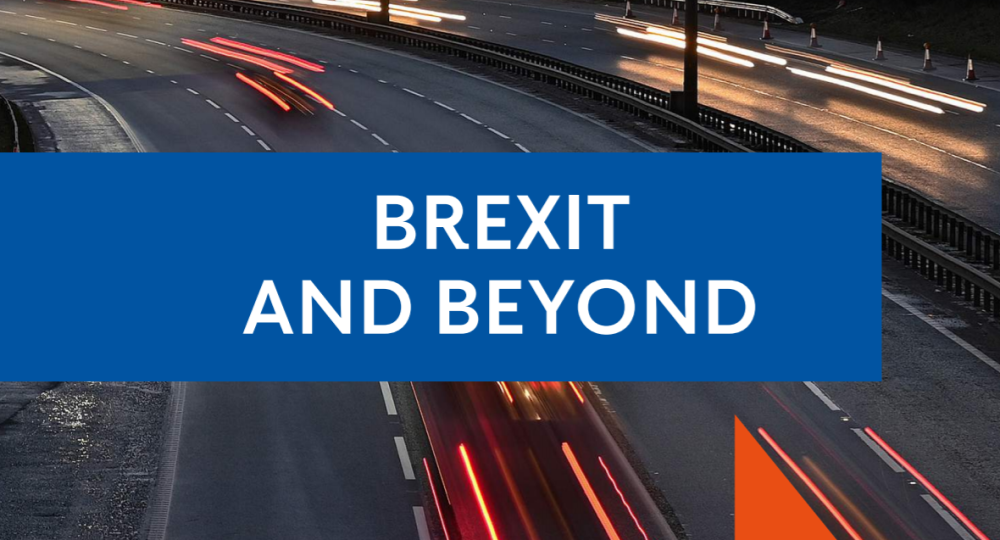 The impact of Brexit can be likened to that of a large stone thrown into a still pond. Even when the stone itself is lost from sight, and even when another stone, such as Covid-19, is tossed in, the ripples continue to disturb the surface.

The Brexit ripples were hardly an unintended consequence of the referendum. Certainly, there are those among the Brexiters for whom the fact of leaving the European Union itself represents the achievement of a lifetime ambition.

For others among its proponents, however, Brexit was a means to an end rather than an end in itself. Britain’s new-found freedom could act as a catalyst not only for policy shifts and political realignment, but also fundamental reforms of the state and the constitution.

For some, in other words, the ripples were the whole point of the exercise.

And ripples there are aplenty.

The referendum of 2016 and the drawn-out negotiations that followed have impacted profoundly on public opinion, in some cases reinforcing trends already apparent (such as voter volatility and party dealignment) in others helping to reshape the bases of party support, as was so vividly illustrated by the 2019 election.

The pandemic, too, is exerting a significant impact both on trust in politics per se and attitudes towards the parties themselves.

Equally, both Brexit and the pandemic have impacted directly and indirectly on political parties and on politics more broadly.

Whether that be via changes to the way that Parliament works, the relationship between legislature and executive, the way backbenchers act, or the nature of the parties themselves, we have arguably witnessed profound shifts over the last few years which promise to have significant implications going forward.

The decision to leave the European Union also provided, at least for some Brexit supporters, an ideal opportunity to profoundly reshape the British state.

Whether that be via the promised reconsideration of the role of judges and human rights legislation, or the declaration by Dominic Cummings that a ‘hard rain’ was coming for the civil service, the intent was clear.

At the same time, other potential and unintended consequences of Brexit might be less welcome.

Its implications for the Union have already been significant, so tied up were the devolution settlements with the UK’s status as an EU member state. And those implications look set to continue to play out, not least via crucial elections in Scotland, this year.

Those elections will also impact England, where a huge clutch of local council seats are up for grabs, while the profile gained by some metro mayors such as Andy Burnham and Andy Street has served to open up and add urgency to debates on devolution within England itself.

All this will be playing out just as the economic implications of both Brexit and the pandemic will be making themselves felt and just as the Government, all being well, will be turning its attention from managing the public health crisis to delivering on its ambitious promises on ‘levelling up’.

This will only increase the importance of getting the policy responses right. Both in areas where the UK has ‘taken back control’ and in other aspects of public policy, including when it comes to the UK’s place in world politics, there are hard choices to be made.

Given the scale of the changes underway and of the challenges and opportunities confronting the country, we at the UK in a Changing Europe have put together a report in which a group of leading social scientists explore these themes, explaining what has happened in the past, the situation the UK finds itself in now, and the issues that might confront us going forward.

The collection is intended as a guide to the big questions confronting the country in the years to come. Intentionally or not, Brexit, and the Brexit process have and will continue to have enormous implications for politics, economics and society in the UK, and their effects will be compounded by those of the pandemic.

Understanding these, on the basis of evidence-based analysis, will be crucial to ensure that public and political debates and policy responses meet the challenges and make the most of the opportunities of the post-Brexit era.

It is also intended to signal the fact that the UK in a Changing Europe itself will continue to bring the best social science research to bear in addressing the big questions facing the country. Brexit and the end of the transition period, rather than marking the end of our work, marks simply another beginning.

By Anand Menon, director, UK in a Changing Europe. Read our new report ‘Brexit and Beyond’ here.