Biden and Brexit: there are bigger fish to fry 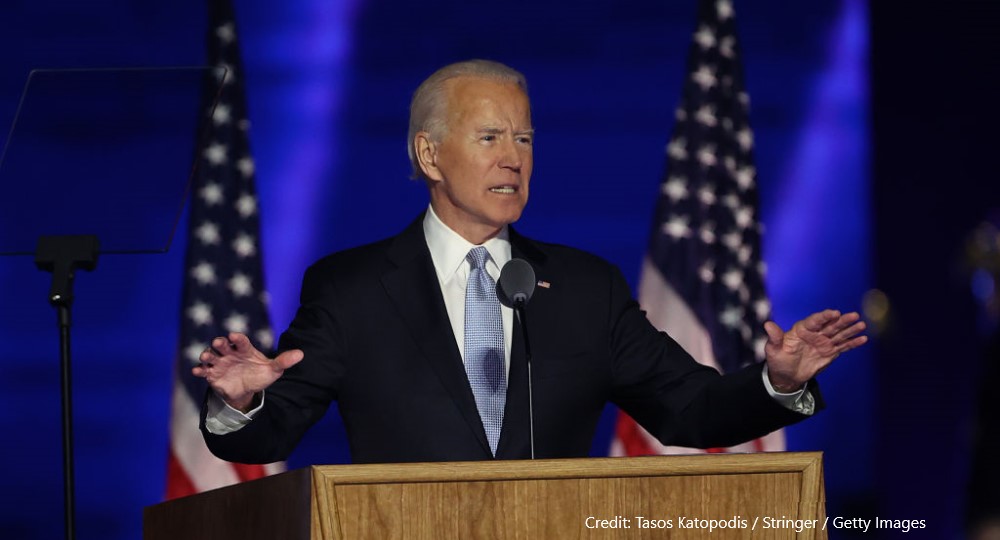 It’s all about us, isn’t it? Rather than agonising over what the US election might mean for the climate crisis, for relations with China, or for the future of the world trading system, we are obsessed by what the implications of a Biden Presidency might be for…Brexit.

It’s a little silly. And all the more so given that the answer is ‘not very much at all’.

Let’s face it, the idea that the British Government is going to fundamentally alter its approach to Brexit, trying even harder to reach a deal with the European Union than it had been previously because of the election of Joe Biden, rests on a number of rather shaky assumptions.

First, that, had Trump won, he would somehow have helped us following a no deal outcome. Certainly, the incumbent would have been delighted to see the UK and its European partners at loggerheads, as they certainly would be if the Brexit negotiations broke down.

Fostering division among allies was something of a hobby for Mr Trump. Yet experience suggests he was more likely to see the UK’s resulting isolation as an opportunity to pressure us into make compromises – on China, on trade, on whatever – than he was to extend a helping hand to dig Boris Johnson out of a hole.

Second, well before the vote in the US, the British government had made it clear that, whatever its ‘Trump-lite’ rhetoric domestically, it intended to carve out a niche for itself internationally as a defender of liberal internationalism.

Consequently, on Russia, on Iran, and on the Paris climate agreement, the British government took issue with the approach of the man in the White House. Mr Biden’s views will be far closer to those of Mr Johnson on all these issues.

Third, the notion that Boris Johnson was willing to risk a no-deal outcome because of a desire to cuddle up to Trump thereafter ignores the sheer unpopularity of the latter here in the UK.

By October 2020, 58% of respondents thought Trump had been ‘a terrible president’, with the combined figure for ‘good’ and ‘great’ standing at 11%.

For a government as sensitive to public opinion as ours, the idea of basing a strategy on the (unfounded) assumption that we could cosy up to a deeply unpopular president makes little sense.

Then, there are the facts about Brexit itself. The forecasts paint a pretty clear picture.

According to our own work, if we accept (as most economists do) that restrictions on trade affect productivity, the kind of deal currently being negotiated would result in a permanent drop in per capita income to the tune of -6.4% over the long run. The equivalent figure for a no deal outcome would be -8.1%.

Even assuming President Trump would have agreed to an ambitious trade deal following no deal, the forecast gains would be trivial in comparison – 0.07-0.16% of GDP in the long run according to the Government’s own figures.

This is not to say that there is no reasoned case for no deal. There are those within the UK government sufficiently committed to ‘taking back control’ that they will not want to sign up to any agreement that involves commitments on regulatory standards or subsidies.

For them, the political imperative of sovereignty trumps (apologies) economic considerations. Again, however, the position of the United States is of secondary importance, though the irritation of the Biden team over threats to resile on our obligations under the Withdrawal Agreement is real enough (though far from the only reputational consequences should the Government follow through on them).

Now obviously I’m not claiming that the identity of the US President is or should be absent from the calculations of the Government. If nothing else, to the extent that Boris Johnson oscillates between his ‘Trumpist’ and his ‘liberal’ instincts, the election will provide a fillip to the latter.

That being said, if the argument that ‘it will annoy the US president’ really is the clinching argument against a no-deal outcome in Downing Street, one has to wonder either about the quality of advice the Prime Minister is getting, or about whether Mr Johnson has grasped the implications of that advice.

Consequently, I’m not convinced that events over the Pond will be a determining factor when it comes to what happens to Brexit. Or at least, for the sake of what faith I have in the UK government, I hope to God it won’t be.

By Anand Menon, director of UK in a Changing Europe. An earlier version of this piece was published by Huffington Post.