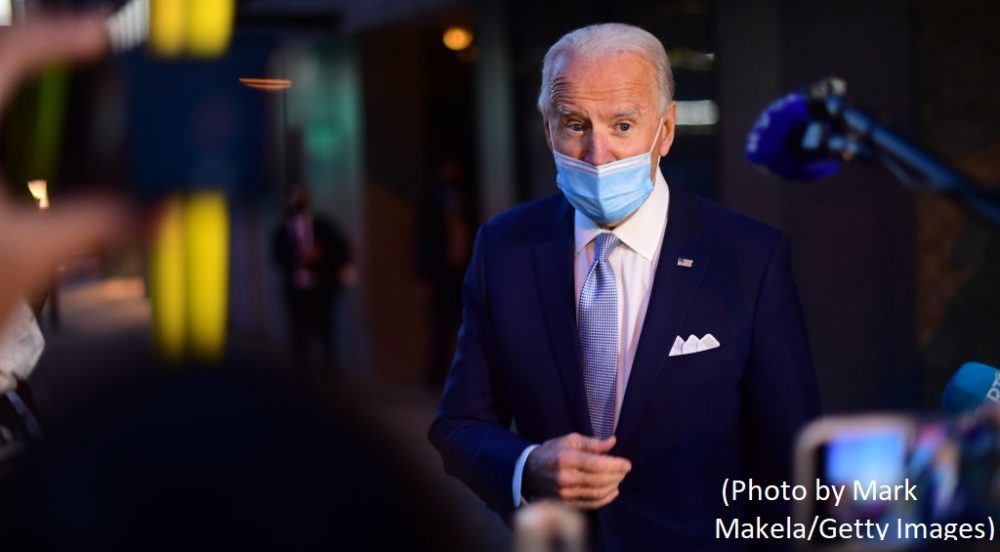 The electoral victory of Joe Biden was initially met with relief in most European capitals but has since triggered some deeper soul-searching.

French President Emmanuel Macron sparked a rather extraordinary row last week by rebuking German Defence Minister, Annegret Kramp-Karrenbauer, for her critique of European strategic autonomy and defence of the US role in the continent’s security.

Their public spat masks an uncomfortable truth: Europeans are unsure about the future orientation of US grand strategy.

Was Donald Trump’s eventful tenure an aberration or a symptom of deeper structural issues not just in American domestic politics but also in the US-Europe relationship?

The time is ripe to assess the likely changes and continuities in the transatlantic partnership under President Biden.

To begin with, there is likely to be an abrupt shift in tone on multilateralism and the importance of allies.

To be sure, many US departments retained close links with their European counterparts over the past four years (the US-UK military and intelligence relationships, for example, remain watertight).

Yet, at the political level, President Trump’s zero-sum and transactional approach to international affairs undermined many US alliances.

President-elect Biden, by way of contrast, has developed a worldview – courtesy of decades of experience in foreign affairs – that sees alliances as augmenting, rather than draining, American power.

He has already committed to re-join the Paris Climate Agreement and reverse the withdrawal process from the World Health Organisation. A Biden administration may also try to revive nuclear deals with Iran and Russia.

We can expect a greater emphasis on values than we saw under the Trump administration. President-elect Biden has pledged to host a ‘global Summit for Democracy’ next year to tackle corruption, advance human rights and defend against authoritarianism, particularly with regard to election interference.

His team are also said to be receptive to the British government’s proposal to expand the G-7 to the ‘D-10’ by including Australia, India and South Korea.

The expansion of the G-7 is logical, but the creation of a club explicitly for democracies may only deepen fault lines in international relations.

Moreover, it potentially blocks the road to closer engagement with rising powers, such as Vietnam, which are not democratic but could be useful in confronting Beijing’s regional aggression.

Mr Biden has pledged to reaffirm his country’s ‘sacred’ commitment to NATO. This has symbolic value, given the likelihood of further tensions under second Trump term.

If the new administration voices concerns over burden sharing (as most American presidents have), it will not be done through coarse outbursts on social media.

The President-elect plans to review his predecessor’s abrupt decision to pull 9,500 troops out of Germany.

Even if retrenchment goes ahead, one thing is certain: European allies will not be blindsided by future announcements on troop redeployments as they were in June 2020. Diplomacy by tweet is thankfully at an end.

Beyond these adjustments, the principal development in US grand strategy over the last few years – rebalancing to the Indo-Pacific – is likely to remain unchanged. This reorientation predates Donald Trump’s tenure.

Indeed, Mr Biden was part of the administration that heralded the ‘pivot’ to Asia in 2011. European leaders noted President Obama’s reluctance to resolve security issues on the continent and its periphery.

President Trump made the point more crudely that the Europeans should solve their own problems.

There is now a bipartisan consensus on the need to challenge Chinese assertiveness. Debates over how best to do this will consume Washington for the foreseeable future.

Thus, while President-elect Biden may have warm words for NATO, he is unlikely to have sufficient bandwidth to address Europe’s security woes.

Mr Biden’s attention will also be drawn inwards. Beyond the immediate task of containing Covid-19, he takes charge of a country that is riven by partisanship.

Despite comfortably winning the Electoral College and the popular vote, this result was not the decisive rejection of President Trump that the Democrats hoped for.

Over 73 million people voted for the Republican candidate in 2020, a marked increase on the 63 million who did so in 2016. The Republican Party gained seats in the House and looks set to retain the Senate.

Mr Biden could therefore struggle to pass much of his manifesto. Meaningful reforms seem unlikely at this stage, notably the target of net-zero emissions by 2050 and the regulation of big tech firms – both of which would improve transatlantic relations.

More concerning for European allies is the vivid electoral reality that Donald Trump was clearly not an anomaly. Core tenets of Republican policy, such as free trade, have been overturned during his presidency.

The reluctance of its elders, such as Mike Pompeo and Mitch McConnell, to accept the result of the election – a decision which undermines the US claim to lead an alliance of democracies – shows just how unrecognisable the party is from the days of John McCain’s presidential run.

A more disciplined, anti-establishment candidate – someone without the financial dishonesty, bigotry, nepotism and compulsion to Tweet from the hip – may emerge to pick up Trump’s baton.

Given this danger, Europeans cannot hope for a return to the transatlantic partnership of yesteryear.

Why should they when fewer than 100,000 voters across Arizona, Georgia, Wisconsin and Nevada can upend the US approach towards its alliances again?

The calls for European strategic autonomy are unlikely to dissipate – and nor should they. As the Macron-AKK tiff shows, however, there seem to be significant misconceptions surrounding this concept.

Two, in particular, are worth exploring briefly: (1) that it has to be steered through European Union mechanisms; and (2) that it undermines NATO and the transatlantic alliance. The establishment of several non-institutional European initiatives in recent years has proven otherwise.

These developments are also advantageous for the United States, as its European partners are more capable.

Leaders on this side of the Atlantic are right to welcome Mr Biden’s victory. They can expect a return to normal diplomatic practices and an ally which naturally aligns with democrats instead of autocrats.

Yet they should be under no illusions about the long-term prospects for the alliance: the United States is a bitterly divided country and future American presidents will be forced to look inwards first.

To the extent they look outwards, their gaze will likely follow the shift in the geopolitical centre of gravity to Asia.