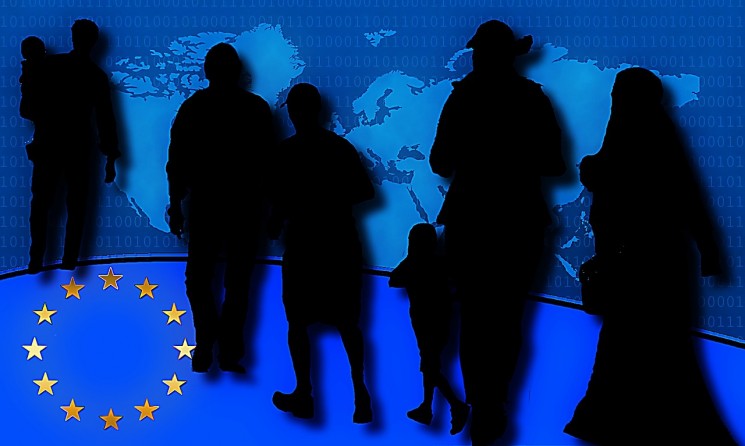 Entitlement to social security benefits provided by EU Regulation 883/2004 is clear – the conditions for these cannot discriminate directly or indirectly against workers from other member states. This has been reiterated any number of times by the European Court of Justice (ECJ).

Thus the turkey being cooked up before Christmas: that while longer-term residents in the UK, including the UK-born, could receive in-work benefits, those arriving in the most recent four years from other member states could not, was in the more colloquial meaning of the word just that — a turkey. And when placed on the dinner table (literally) the week before Christmas, noses turned up at it, as non-discrimination means something for everyone or nothing for anyone.

It now seems to have been binned, and instead the plan seems to be that there won’t be in-work benefits for anyone, even the UK-born, unless they have somehow ‘contributed’ for four years. Now obviously that could mean young ‘Brits’ going hungry (at least metaphorically) so instead it seems to be planned to offer them a different dish which while of equal nutritional value, wouldn’t count as food. Details are thin at the moment, but the Independent reported that

Future education “vouchers” that could be traded for college fees, and other effective “backdoor” social payments including potential advanced payments for home and child care, which would not contravene EU treaty rules on parity for all workers have been put on the table

Now the EU has all sorts of rules on parity for home-grown and migrant workers to ensure that Treaty rights of free movement are respected, and in particular Regulation 492/2011 prohibits not just direct and indirect discrimination, but any kind of national measure that substantially creates an obstacle to the free movement of workers. To ensure this, Article 7(2) provides specifically that workers from other member states

‘shall enjoy the same social and tax advantages as national workers’

Again, there is lots of ECJ case-law about what are social advantages, the court describing them in the case of “Even” (C207–78) as advantages which

In subsequent test cases, the kind of thing found to fall within the description includes interest-free loans on the birth of a child (“Reina”), funeral expenses paid by the state (“O’Flynn”), reduced rail fares for large families (“Cristini”) as well as benefits that fall outside Regulation 883/2004 (“Frascogna”).

The policy intention announced by the Prime Minister at the Conservative Party conference in October 2014, and reiterated in his formal renegotiation letter to Donald Tusk, is to restrict the payment specifically of in-work benefits. If the price of this is to impose new eligibility conditions on UK and non-UK nationals alike, it is quite hard to see how any compensatory mechanism, inevitably closely associated with the withdrawal of the benefits in question, would not fall to be classified as something granted to national workers primarily because of their objective status as workers, or indeed by virtue of their mere fact of residence in the UK. So while most will have seen the back of their Christmas turkey weeks ago with some relief, others seem to have a continued appetite for it served up in a different form ….

This piece was written by Michael O’ Connor, policy and research consultant with experience of the negotiating process and of litigation within the EU working for government departments including HM Treasury.