Boris Johnson and Jeremy Corbyn are set to disappoint their supporters 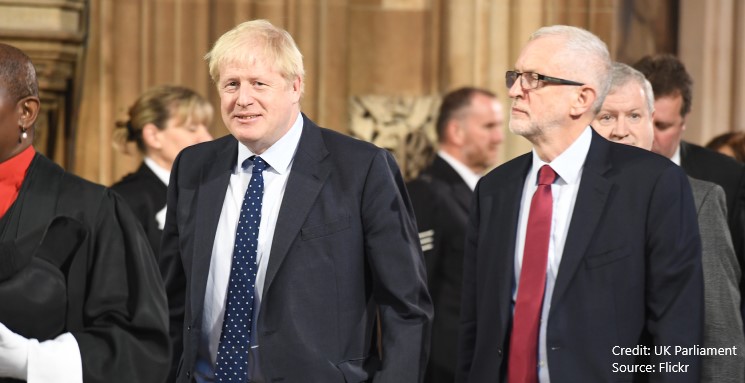 “I’m not going back to the wilderness . . . We are here for the long run, and we will deal with whatever the result of the election is”, Jon Lansman, founding leader of Momentum, the 40,000-strong praetorian guard of Labour leader, Jeremy Corbyn, said last week.

This spells trouble, whichever way you look at it.

In the unlikely event that Mr Corbyn becomes prime minister on Friday, Momentum and Labour’s wider grassroots membership of about 450,000 will be heading for at least a degree of disappointment.

Quite how they would handle their dismay at the inevitable confrontation with reality, when the spending taps don’t get turned on as fast as they hoped, would be fascinating.

But barring a bizarre rush to the barricades prompted by Boris Johnson’s refusal to endure a grilling by Andrew Neil, the more probable outcome of this general election would seem to be a Tory majority, possibly even a pretty comfortable one.

The consequences of that for Labour and its grassroots members — and indeed the country — are even more worrying.

It’s possible, of course, that a crushing defeat for Labour could (as the party’s remaining centrists will surely be hoping) bring its members, or at least some of them, to their senses.

But would it? More probable is that Labour’s membership, as well as those Labour MPs and affiliated trade union leaders who have co-operated with Mr Corbyn, will double down, blame the media and the “melts” for their idol’s defeat, and choose a leader carved in his image — one equally determined, come what may, to convert a country that doesn’t seem to want socialism.

In short: five more years of waiting in vain for the centre-left’s resurrection.

Does that mean, however, that Britain’s centre-right is sitting pretty for the foreseeable future? Not necessarily.

It’s hard to see how Mr Johnson stays in office in a hung parliament unless he offers the Liberal Democrats and Scottish National party a second referendum, which in itself could be career-ending. But if he gets his majority, the Conservative party’s grassroots members will be feeling pretty smug.

It was they, after all, who chose Mr Johnson as party leader and prime minister. By taking the UK out of the EU at the end of January, he will be carrying out their dearest wish.

But what then? No one serious believes the Johnson government, or any government, could get a decent trade deal with the EU done within a year.

Leaving without a deal would be a hard blow to the local economy in many of the constituencies that look set to turn from red to blue in this election.

Given all this, Mr Johnson will no doubt try to find some way of in effect extending the transition period beyond the end of 2020 in order to save the country — and, of course, himself — from the ensuing blowback.

In other words (and at least when it comes to “getting Brexit done”) a putative Conservative government is no less likely than a Labour equivalent to let down its most dedicated grassroots supporters. Indeed, it probably should let them down — and not just in the short-term.

Since the summer, Mr Johnson has essentially turned the Conservative party into an ersatz Brexit party — a rightwing, radical populist outfit precision-engineered to win the support of less educated, less well-heeled, and less socially liberal voters.

And he has been able to do so knowing that, owing to their distaste for Mr Corbyn, enough of his party’s better-off, better-educated and more socially liberal voters will stick with the Tories.

As long as Labour stays stuck in a mire of its own making, this strategy may well continue to work.

But if and when the opposition does get its act together — and history suggests this almost always happens, eventually — the Conservative party will, as the composition of the UK’s population continues to change in ways that probably favour progressives over reactionaries, face a different country.

The UK of the future will have demographics (and therefore prevailing values) very different to those of the rank and file party members who chose Mr Johnson as the nation’s head of government, or those of many of the voters who look like handing him a majority next week.

But Labour supporters looking for a crumb of long-term comfort in what looks set to be some serious short-term pain should not celebrate these better prospects too early.

Having pivoted to the right before this general election, Mr Johnson — a politician of no fixed principles — could don again the do-something, diversity-friendly face he wore as London Mayor after it.

The question is whether, whatever their own misgivings about the possibility of him doing just that, and about extending the Brexit transition period, the PM’s fans in the Tory grassroots (and, indeed, on the ideologically-refreshed Conservative backbenches at Westminster) would give him the benefit of the doubt.

Such is his star-power hold over them right now, I rather suspect they would. How long that hold can last, though, is the real question.

By Professor Tim Bale, deputy director at The UK in a Changing Europe. This piece was originally published by the Financial Times.