Boris Johnson and Parliament: an unhappy tale in 13 acts 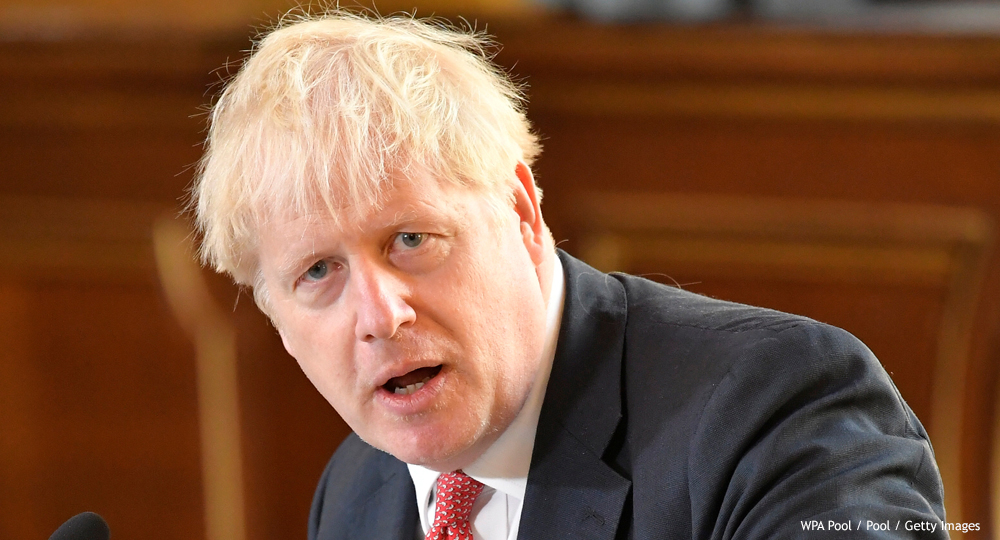 The Commons reassembled this week, and Boris Johnson entered his second parliamentary year as Prime Minister. With rumours emerging of discontent on the Conservative backbenches, it’s timely to examine Johnson’s troubled relationship with Parliament – looking back at key flashpoints and considering future dangers.

Johnson became Prime Minister on 24 July 2019, the day before parliamentary summer recess. The hot topic was Brexit; Theresa May had been ousted after the Commons repeatedly rejected her deal, with Johnson among those opposing it.

On 25 July there was a potential window for MPs to quiz him on his Brexit strategy, but instead he made a general statement on ‘priorities for government’. After two hours, the Commons moved to adjourn until September. A backbench attempt to delay adjournment failed, and Johnson defied pressure to recall Parliament over the summer.

The most notorious episode of Johnson’s premiership was the attempted prorogation, announced in August before MPs returned, and intended to span five key weeks before ‘exit day’ on 31 October.

During the Conservative leadership contest, Dominic Raab had suggested that he might prorogue Parliament to force a ‘no deal’ Brexit. Other candidates condemned the proposal, but Johnson was more guarded.

This required the government to extend Article 50 unless Parliament passed a deal or approved a no-deal exit. On 3 September, 21 Conservative MPs voted to debate the bill. Johnson immediately stripped them of the whip. When the bill passed, government sources suggested that Johnson might flout the law, and ‘dare the Queen to sack him’.

Johnson himself attracted criticism for dubbing the legislation the ‘surrender Act’. He ultimately complied, but pointedly did not sign the extension request letter.

The election itself saw fierce criticism of Parliament. Johnson, launching his campaign, suggested that ‘our MPs are just refusing time and again to deliver Brexit and honour the mandate of the people’.

Similar words appeared in the Conservative manifesto. They were, at the very least, debatable – Johnson himself had voted repeatedly against May’s deal. The Brexit battle was, more accurately, one within the parliamentary Conservative Party.

After Johnson’s election victory, a new WAB was introduced. This bill offered significantly weaker parliamentary oversight of Brexit than its October predecessor, giving parliament no formal role in agreeing the future relationship negotiating objectives, and a diminished role in approving any resulting treaty.

The House of Commons Liaison Committee, bringing together all select committee chairs, oversees the committee system and takes evidence from the Prime Minister. Committee members had always previously chosen their chair. But the government demanded that Bernard Jenkin be appointed chair.

This delayed the committee’s establishment, and provoked a backbench rebellion, but ultimately succeeded. By then Johnson had already cancelled three Liaison Committee appearances; at his first appearance in May, he ducked Jenkin’s repeated requests to appear again before summer recess.

Johnson’s premiership has been dominated by the pandemic, which places unique pressures on policy-making. But policy has too often been made with inadequate oversight.

Hansard Society analysis documents over 200 coronavirus-related statutory instruments, mostly implemented using the ‘made negative’ procedure which requires no explicit parliamentary approval. Of these, two-thirds breached the convention that Parliament sees instruments at least 21 days before they come into force.

Yet in various cases, such as the requirement for face coverings in shops, the new policies were mooted in the media for weeks beforehand. Experts have warned that such episodes ‘undermine the rule of law’.

The controversy over Dominic Cummings’ trip to Durham during lockdown was not strictly parliamentary. But it was striking that, facing public criticism of him by at least one in four Conservative MPs, the Prime Minister flouted the usual logic and stuck with Cummings.

The government ended the House of Commons’ ‘hybrid’ operations against cross-party opposition and the Procedure Committee’s advice. MPs agreed hybrid proceedings by consensus in April.

But before Whitsun recess the Commons Leader Jacob Rees-Mogg refused to renew the temporary orders enabling such proceedings. Many MPs (including those shieldingfrom the virus) were therefore excluded from the early June vote to resume all-physical proceedings. This raised serious expert concerns about a breach of democratic principle.

Since January, government sources have suggested moving the House of Lords to York. This has attracted criticism in the Lords itself; in July a Private Notice Question from former Conservative Cabinet minister Lord Young of Cookham forced ministers to concede that any move would require parliamentary approval.

Subsequently Johnson suggested – again without parliamentary debate – that both chambers might move out of London to facilitate ‘Restoration and Renewal’. This proposal was effectively rejected by the sponsor body organising the work.

In July, Number 10 attempted to install Chris Grayling as chair of the Intelligence and Security Committee, once again demonstrating the government’s determination to control internal parliamentary decisions.

Committee members instead selected fellow Conservative Julian Lewis as chair: this was welcomed by many Parliament-watchers. Johnson responded by stripping Lewis of the party whip.

Just after the Lords went into recess, Downing Street announced a long list of new peers. Committees in both Commons and Lords had agreed that appointments should be limited, in order to reduce the size of the Lords.

But these new appointments bring it to well over 800 members. Sharp criticism came from the Lord Speaker, former Conservative Cabinet minister Lord Fowler.

Even more worryingly, rumours suggest that a further round of appointments may be coming, and that Johnson intends to disregard recommendations from the independent House of Lords Appointments Commission, which vets the propriety of new peers.

These 13 episodes demonstrate some common themes. Frequently, the government seeks to act without parliamentary approval – or against explicit parliamentary opposition, including from its own backbenchers.

Tension between government and parliament may simply be, in 1922 Committee vice-chair Charles Walker’s words, ‘unsustainable’. The Prime Minister should now make peace with Parliament, or risk its retaliation.

By Meg Russell, senior fellow at The UK in a Changing Europe. A longer version of this piece was originally published on the Constitution Unit blog.