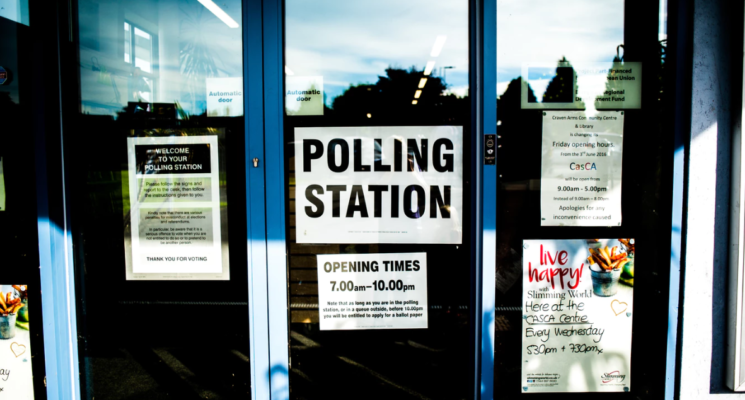 At first sight it all seems rather odd: a government with more than half of its five-year mandate to run with an average poll tally of 32 per cent, 11 points down on what it secured at the last election, is pleading earnestly for the chance to face voters in a general election.

The immediate motivation, of course, is that the government has lost control of the Commons, losing vote after vote.

It is at risk of being unable to deliver its policy on the main issue of the day — Brexit.

At the same time, however, the fracturing of British politics means the Conservative Party’s modest poll rating is sufficient for it to have a reasonable chance of winning an overall majority — and so strengthen its parliamentary position – in any early election.

Two features of the electoral landscape have created the window of opportunity that the party is eager to grasp.

First, it has had some success in uniting the Leave vote under its umbrella.

That represents a considerable turnaround from the position immediately after the European elections in May, when the Brexit Party was the most popular choice among those who voted Leave.

Much of the subsequent switching to the Tories has occurred since Boris Johnson became Tory leader.

Meanwhile, there is little sign that the dramatic events of last week have done anything to undermine Tory support among those of a Eurosceptic persuasion, most of whom take Mr Johnson’s side in the prorogation debate.

The second key feature is that the Remain vote is divided.

Labour and the Liberal Democrats are in close competition for the title of most popular party among Remainers.

As a result, the squeeze on the Brexit Party vote has been sufficient to open up an average poll lead of seven points for the Tories.

However, substantial though that lead appears, in practice it is not enough for the Tories to be sure that an election would deliver them an overall majority.

The revival in Lib Dem fortunes means some losses to Jo Swinson’s party would seem inevitable.

Equally, seats are likely to be lost to the SNP, whose support is up somewhat on its 2017 level.

As a result, the Conservatives need to make gains from Labour simply to win as many as the 318 seats that Mrs May secured at the last election — and that outcome could be all that a seven-point lead delivers.

True, there is considerable disagreement among pollsters as to the size of the Conservative lead.

During the course of this month, the party’s estimated lead has ranged from as little as zero to 14 points.

So perhaps an immediate election would deliver a safe majority — but equally, given that no party other than the DUP would be willing to help sustain a minority Tory administration, there is also a risk that the party could lose office entirely.

To be sure of winning Mr Johnson needs to squeeze the Brexit Party vote further. The trouble is his progress in that direction seems to have stalled.

Support for the Brexit Party has settled down at more or less the 13 per cent level that Nigel Farage secured when he last headed up a general election campaign as leader of Ukip in 2015.

Perhaps that 13 per cent figure represents the long-term level of support for hard-core Euroscepticism, support that will be reluctant to back the Tories unless and until Brexit has been delivered.

Indeed, the Tories’ prospects seem to rest on whether Mr Johnson proves to be as good as his word and delivers Brexit by the end of October.

If he does, according to Comres, about a half of those who say they would vote for the Brexit Party indicate they would switch to the Tories.

That would be enough to deliver a safe overall majority.

Equally, the same polling suggests there would be a 7 per cent swing from the Conservatives to the Brexit Party should Brexit not be delivered by the end of next month.

Such a swing could pave the way for Jeremy Corbyn to become prime minister.

Against this backdrop, it becomes clear why the slogan for this week’s conference is “get Brexit done”. The party’s future rests on its fulfilment.

By Sir John Curtice, senior fellow at The UK in a Changing Europe and Professor of Politics at Strathclyde University. This piece was originally published by The Times.