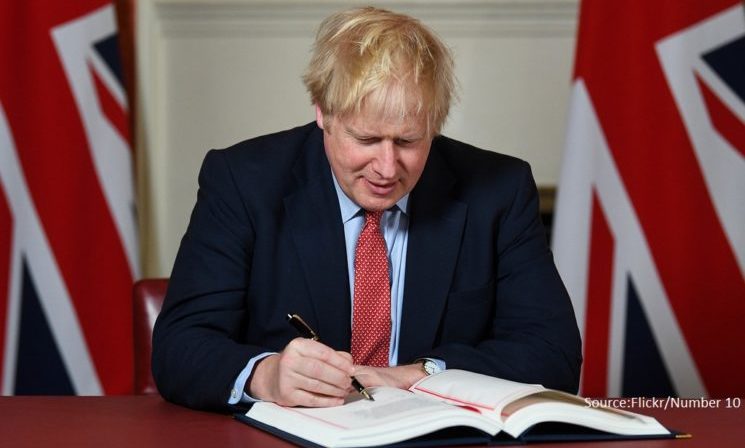 So the Prime Minister has spoken. And as a result, we have a standoff. While Boris Johnson demanded a ‘fundamental change of approach’ from the EU, the 27 Heads of State and Government, for their part, yesterday called on the UK ‘to make the necessary moves to make an agreement possible.

There were, of course, the usual half-truths. For the record, the UK has been asking for significantly more than a ‘Canada style relationship’ (including visa free travel for short business trips and mutual recognition of qualifications).

The EU has been clear for some time that the UK’s size and proximity would necessitate safeguards that weren’t felt to be needed for the Canadians. And Australia has a number of agreements in place with the EU and is seeking a free trade agreement to improve on WTO terms. So neither analogy is particularly accurate.

But let’s not get bogged down in facts. The key question is, what now? Nothing that has been said over the last twenty-four hours means a deal is impossible.

Boris Johnson has not ended the negotiations, and Michel Barnier has been instructed to continue negotiations in the coming weeks. He is in fact due to arrive in London on Monday.

The issues remain those that have frustrated the two sides for months: the EU’s desire to ensure the UK does not undercut its standards; the fear in Brussels that UK subsidies might give British companies an unfair advantage if allowed tariff free access in to the EU market; and, of course, fish.

What is clear is that a deal is not a matter of one side blinking first. Both will have to make concessions.

The precise nature of such concessions will be a matter for the negotiators but it is clearly not beyond the wit of man to come up with solutions that ensure appropriate standards in the UK and prevent excessive subsidies without the need for London to be explicitly bound by EU law and under the authority of the EU’s court.

And so the key question is more the perceived cost of failure than what is needed to achieve success. Certainly, the difference between a deal and a no deal outcome is smaller now than it has been in the past.

The Withdrawal Agreement signed last year resolves a number of the issues outstanding from UK membership, as well as the fraught question of the Irish border. And the trade deal being sought by the British Government is significantly thinner than that negotiated by the previous incumbent of Number 10.

Be this as it may, there are still real advantages to getting a deal. For one thing, it would limit the economic cost and the disruption once the transition period comes to an end on 31 December. For another, it would mean that relations between London and the 27 would remain (relatively) cordial rather than descending into mutual recriminations and finger point. And, last but not least, it is surely easier politically for the Prime Minister to sell a deal as a triumph than it is for him to explain his failure to secure one?

All of which leads me to think that a deal is still possible if not probable.

But it is important not to view a trade deal as some kind of panacea. Even if one were signed, modelling by Thomas Sampson of the LSE suggests the negative economic impacts will, over time, be larger than that of the pandemic. Whatever the outcome of the next few weeks, Brexit will continue to cast a shadow over what the Prime Minister has said will be a ‘year of recovery and renewal’.

By Anand Menon, director, UK in a Changing Europe.