Boris Johnson’s Brexit backstop face-off risks everything for nothing 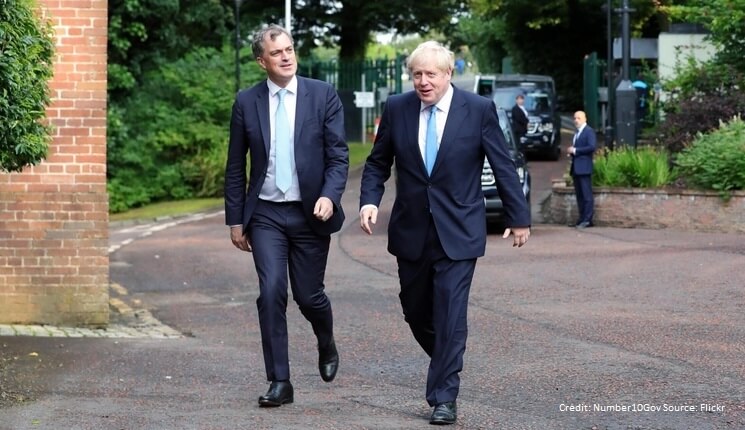 So the President of the European Council has received another letter from another British Prime Minister. This time it is all about the backstop – that part of a protocol in the Withdrawal Agreement which is to safeguard a relatively frictionless Irish border unless or until that is secured by a future UK-EU trade agreement.

More specifically: it is a letter setting out why Boris Johnson wants to see the backstop removed from the Withdrawal Agreement before he’ll ever consider signing up to the deal.

The response from Donald Tusk has been unambiguous: “Those against the backstop and not proposing realistic alternatives in fact support reestablishing a border.”

This is no mere negotiation; this is a face-off.

Under Johnson, not only is the rhetoric louder and more bullish, the apparent willingness to pay heavily for the sake of national pride is much more brazen than it ever was for May.

Johnson wants a hard Brexit. But he is also determined that the apparent contradiction between this wish and his government’s commitment to “furthering the security and prosperity of Northern Ireland” can be smoothed by means not yet considered.

It is notable that his claim that the backstop is not required is based on an exhortation to “explore solutions other than the backstop” and to “strive to find other solutions” – i.e. we are at the stage of exploration rather than implementation.

This would be reasonable enough were it not for the fact we are but some 70 days from exit day and – in the meantime – that Johnson is demanding the abolition of the only thing that both the UK and EU are agreed could in principle avoid a hard border and protect the 1998 Agreement.

As it is, the quest for solutions has to be managed in two different ways. First to redefine the challenge itself. The government’s promise here “not to put in place infrastructure, checks or controls at the border” is deliberately narrow: If you can’t see it, it doesn’t exist.

The problem is that this is not the definition of a hard border that is recognised by the EU, nor indeed by those who have to cross that border every day or, indeed, several times a day. The hardness of a border is not determined by whether you can see it or not, but by what you have to do to legitimately move across it.

Rather than one of visibility, the challenge here is the challenge of compliance. If Johnson has his hard Brexit, then the new rules that people have to comply with to move goods from one side of the border to the other become more onerous.

The backstop manages this challenge by effectively meaning that there is little difference in those rules as they relate to certain goods crossing the Irish border. Alternative arrangements to the backstop would have to meet five conditions.

First, an ability to verify that what is crossing is what is declared and/or is compliant, and to prevent entry of non-compliant goods. Technological solutions are not able to do this without inspections and infrastructure. This is particularly true for agri-food produce. There is no technological solution that can tell whether a chicken breast has salmonella or whether a cow has bluetongue.

Second, it must be recognised that border management cannot work unilaterally. There needs to be an ability to share information, to cooperate and to coordinate action between authorities/agencies on both sides of the border. The harder and more antagonistic the Brexit – especially a no-deal Brexit – the more difficult this becomes.

Thirdly, there needs to be a clear understanding of the rules that apply. People both operating the system and working within it need to know what is required, enabling minimal to no disruption of the trade.

Fourth, related to this: there needs to be a long run-in and roll-out in order to train staff, iron out difficulties in the system, and raise public awareness (not to mention funding). Think, for example, of how hesitant people are at first to use the e-passport gates in airports.

Finally, and most critically, in a cost/benefit analysis, compliance has to outweigh non-compliance for all those wishing to trade across the border. If it is anything otherwise, then the incentives for smuggling and black market activity will grow far more rapidly than the capacity to catch those involved will. This is especially true if the British government is determined to make border controls no more visible than they are at the moment.

There is no evidence yet from the British government that it has answers to any of these five conditions. In the absence of these, the EU will not take the threats of Johnson seriously because they know that the search for solutions – no matter how warm the goodwill or how energetic the quest – is no substitute for the implementation of an agreement.

By Dr Katy Hayward, senior fellow of The UK in a Changing Europe and reader in Sociology at Queen’s University Belfast.  This piece was originally published in Huffington Post.