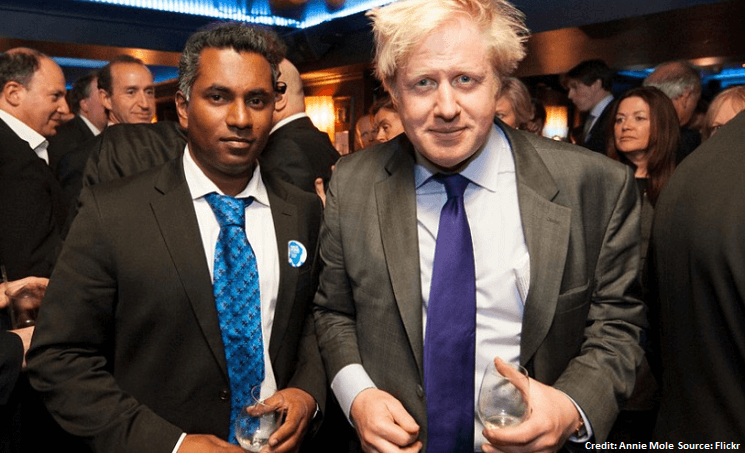 Boris Johnson is soon to be crowned leader of the Conservative Party, but he faces significant challenges ahead. So how might British politics shape up in the coming weeks and months?

Firstly, Johnson will have the task of actually putting together a workable majority such that the outgoing Prime Minister, Theresa May, can recommend him to the Queen as her successor.

Given the scale and profile of the recent rebellions against the government (in particular on the issue of proroguing Parliament), his commanding the support of a majority of MPs is far from certain. And this is important: without a demonstrable majority, Johnson may well be leader of the Conservative party but never actually establish himself as Prime Minister.

To make it to PM, then, Johnson must convince at least some of the growing ‘rebel alliance’ (those dedicated to blocking a no deal) to back him, his vision of Brexit, and his future plans. This includes the likes of Dominic Grieve, Ken Clarke, Antoinette Sandbach, Oliver Letwin, Sam Gyimah, Justine Greening, and perhaps now even Philip Hammond.

Some Brexit rebels may well be willing to put party ahead of principle and back a Johnson government when needed (such as in a confidence vote, for example), but many will surely require a hefty amount of convincing.

A further complication could come from the Democratic Unionist Party (DUP) and their continued (lack of?) support of a Conservative minority administration. Before the three successive defeats of May’s deal, it was suggested that the DUP could put their own desire for additional money for Northern Ireland, and closer influence on government, ahead of their principles on Brexit and their position on the Irish border issue. Their consistent voting against the government they had agreed to support very much put that idea to rest.

The DUP are of course strongly against the backstop arrangements in May’s Brexit plan. But at the same, the party is very much against a hard border with the Republic of Ireland, and in favour of a ‘comprehensive free trade and customs agreement’ with the EU.

In the words of the DUP’s Nigel Dodds, “the Union comes first” – not Brexit, and certainly not the Conservative Party.

So while they do indeed support Johnson’s plan to remove the backstop, a ‘cliff edge’ no deal Brexit would appear to be very much against current DUP policies regarding the Irish border and EU relations. As such, the DUP might well require further convincing – and goodies far beyond what was offered by May – to maintain their support for a Conservative-led government.

Next, Johnson will have two key questions to consider: whether or not the Brexit happens on 31 October, and on what terms; and whether to call an election to seek a mandate for his vision of Britain (and possibly even Brexit).

On Brexit, both Johnson and Hunt have pledged to seek what they view as an ‘improved deal’, focused around removing or perhaps time-limiting the backstop. Though this certainly appeases many of the ‘hard Brexit’ supporting MPs (and indeed the DUP), as has been highlighted so often, the EU are highly unlikely to open negotiations on this topic – let alone agree to such a deal. With the next European Council not taking place until 17 October, there is little time and opportunity to discuss new terms.

Finally, there is also the small matter of the considerable ill-will that Johnson has built up with the EU over the course of his campaign. From Isle of Mann kippers and Irish Murphys to French turds, there has been plenty to sour relations between the two parties ahead of any potential negotiations.

If Johnson did manage to secure a new deal, he could reach out to Labour MPs to help get it through Parliament. Could we see the cross-party talks revived? Corbyn is unlikely to want to be seen on the same side as Johnson, so more likely is that bi-lateral conversations will be had with select groups of Labour MPs over the coming weeks.

Kate Hoey, Kevin Barron and John Mann have consistently defied Corbyn and supported the government’s Brexit motions, and they could give some immediate cover for Johnson against a number of rebellions on his own side.

Beyond them, according to Johnson’s team many more Labour MPs are apparently open to the idea of working with a new administration to pass a deal. However, doing a deal with Labour MPs seems very unlikely given that Johnson’s proposals are to move further away from what many of such Brexit-supporting Labour MPs deem an acceptable compromise. Such a strategy also risks further alienating rebels on his own side.

And, of course, even if some miracle happened and a deal acceptable to Johnson, the EU, and a majority of MPs was found, it would then be very difficult to pass all the required UK legislation by the current October deadline.

This means almost certainly that another (shorter) extension would be required. The prospect of an exit with any sort of deal by Hallowe’en is therefore very slim, and this represents just one problem for the incoming PM over Brexit.

Overall the prospect of a no deal Brexit in October looms incredibly large. This might be something that Johnson has indicated he would be willing to accept, but if Parliament successfully frustrates his attempts to push a no deal exit through, an early general election to reset that troublesome parliamentary arithmetic may become his only remaining option.

An election with a clear manifesto pledge to allow a no deal, and the potential ‘deselection’ of many ‘Remainer rebel’ MPs back in their constituencies, would surely be a major step toward removing the current parliamentary blockade facing Johnson.

He could perhaps even use the possibility of an early electoral contest as leverage against rebellious Tory MPs. If this was indeed the only route out, this would start to take shape in September, once Parliament returns from summer recess.

Finally, the country could indeed be forced the polls by a parliamentary vote of no confidence in Johnson and his administration. Though the 1922 Committee has announced plans to ‘protect the new Prime Minister’ from a Conservative party leadership challenge for a period of a year, there is no such protection from Parliament collapsing his government from inside the chamber.

This could come as early as his first few weeks in office (thus indicating a failure to secure his status as PM); around or after 31 October (with a much increased possibility if no deal happens or looks likely to happen); or indeed further ahead if the government fails to win DUP (or other) support after Brexit is settled and new questions about the future of the country come to light.

Whatever situations do arise and whichever paths are taken by Johnson and his administration – if indeed he is able to put one together – it is sure to be yet another fascinating and gripping few months in British politics.

By Patrick English, Associate Lecturer at the Exeter Q-Step Centre