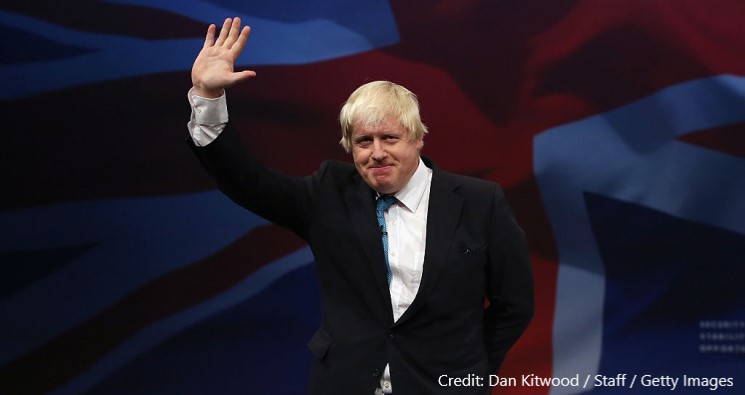 Last Friday President Emmanuel Macron accepted the resignation of his government, and appointed a new one. That was quite widely reported as part of a reboot in the run-up to the next set of Presidential elections.

With much less fanfare, Boris Johnson is effectively downgrading his Cabinet and changing the way the UK is run.

The focus is on the ‘hard rain falling’ on the civil service – but the real change is the switch from collective cabinet government to an operation entirely run, in the name of the Prime Minister, from the centre.

First were the special advisers

One of the stories of this government has been No 10’s bid to control ministerial special advisers. Their reporting line has always been a bit ambiguous: although according to the special adviser code, they are then managed by the minister, they must first be appointed with No 10’s permission.

No 10 has long wanted more say over spad appointments and behaviour. Tony Blair would have loved to have kept Charlie Whelan away from Gordon Brown, but could not impose his will.

In August 2019, only a month into the new government’s term, Dominic Cummings summarily dismissed the then Chancellor’s special adviser, Sonia Khan, without consulting the Chancellor.

At the same time the job spec of special advisers changed – they got their orders from No 10 and would report back on what their department was doing. Political advice to individual ministers was refashioned into a tool of Downing Street control.

In February, it was a row over who got to pick advisers which led to the summary departure of Javid. Rishi Sunak’s rapid elevation came at the price of accepting a joint No 10/No 11 adviser unit, and now remaining spads know that they serve at the pleasure of No 10.

Next are the Comms teams

Then, last Thursday, No 10 briefed a big shake-up in government comms. A high profile broadcaster will now host a daily press conference at No 10, building on the ‘success’ of the Covid-19 briefings.

But in a less noticed backroom move, government comms teams will now report into the centre – to one of four DGs with a direct management line to Simon Case, the permanent secretary at No 10.

His was allegedly a temporary Covid-19 appointment, but looking more and more like a long-term fixture.

This is a massive change. No 10 will now routinely answer on the record across a whole range of government business, and ministers will find that the comms teams sitting in their department look to No 10 for instructions, not to them.

This is not the first time that No 10 has tried to grip comms better.

Alastair Campbell shook up the Government Information Service when he became Tony Blair’s powerful Director of Communications, and introduced the grid to coordinate comms.

Ministers had to clear their announcements with No 10 rather than freelance unhelpfully (as No 10 would see it). Even Campbell discovered the limits of control – especially with the rise of the media spad.

But this change, to centralise all communications to be run out of No 10 is a different order of magnitude, and it effectively reduces the Cabinet to just another set of government spokespeople, allowed out only when No 10 wants. Not one story has said whether the Cabinet were consulted about this change.

Strengthening No 10 will diminish departments – and their secretaries of state

There has always been a case for saying that PMs are chronically undersupported in our system. Their Australian and New Zealand counterparts are supported by a Department of Prime Minister and Cabinet, not a Cabinet Office.

Cabinet secretaries have had to balance their role as principal adviser to the PM with ensuring the functioning of Cabinet government.

Gordon Brown strengthened No 10, appointing Jeremy Heywood as his permanent secretary – but that always seemed more about finding a grade senior enough to tempt Heywood back from the private sector rather than a big constitutional shake-up.

This time No 10 seems to want to upgrade the No 10 Permanent Secretary role, with senior officials reporting in to him to deliver the PM’s agenda. Departments will be expected to update No 10 on progress on the government’s priorities to feed into a giant GANTT chart.

The most interesting idea floating around is that the Cabinet Office secretariats might be brought into the new structure.

That sounds dull, but one of the roles of the secretariats is to ensure proper consultation of departments: that discussions are fairly recorded and the processes that underpin cabinet government observed. Making them the direct tool of No 10 would mark a decisive shift from cabinet government as we have known it.

It is of course possible to overstate this. Successive PMs have not been big fans of Cabinet discussions. Cabinet committees fell into disuse under Tony Blair, only to enjoy a renaissance under the coalition. The cabinet secretary has always had a bigger loyalty to the PM than the others.

But bringing the core role of the Cabinet Office into No 10 would show that this real is a presidential prime ministership. It also means that Mark Sedwill’s successor may find they have a lot more time to spend on being head of the home civil service – and that their influence has drained to No 10.

Successive prime ministers have been frustrated by the way government works. Too few levers. No resources. Secretaries of state captured by their department.

That is why they have often experimented with changes: powerful policy advisers, delivery units, strategy units all designed to redress the balance. But this is the first time that the analysis has suggested that the real problem with cabinet government is the Cabinet itself.

The PM may think the first best solution – appoint a high calibre cabinet which shares your vision and can deliver – is not available to him. But at the scale of the UK government, it’s hard to see massive centralisation into Downing Street as the silver bullet which will solve these long diagnosed problems.

The FT has concluded that Macron’s move to “total control” leaves him “totally exposed”. Likewise the PM will find no hiding place.