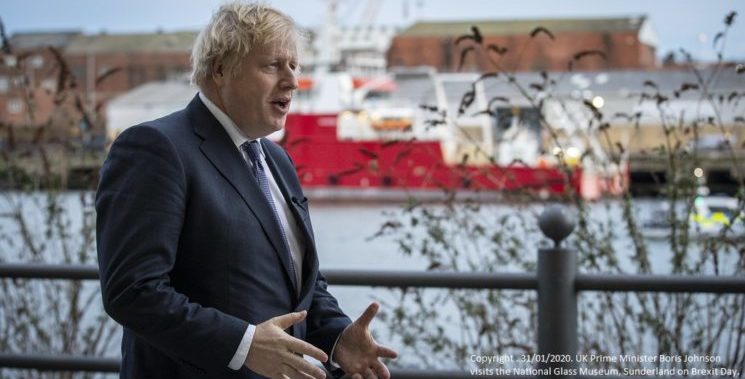 Some time soon the Prime Minister will tell us what his government really will look like for the next four years. So far we have had two periods of the Johnson administration: campaign mode (July-December) focussing on getting and winning an election and then status quo, job assessment mode, like the early round of the Apprentice, as ministers auditioned to make the final cut into the long-term Cabinet. With the UK safely outside the EU, Boris Johnson can now restructure government.

One change has been chalked up already. Brexit Day marked the end of the Department for Exiting the EU. Those staff who have yet to find jobs or be moved elsewhere have migrated to the Cabinet Office’s payroll.

What jobs they do there is less clear as the exercise to staff up the new taskforce Europe is being done from scratch. Under Theresa May, DExEU thought it would lead phase two, even though it was the Europe unit in the Cabinet Office that she eventually relied on to deliver her deal.

Johnson has chosen to replicate the arrangement that worked for him in his renegotiation  – a team reporting to him in No.10 headed  by adviser David Frost. It will be a much bigger team – around 40 than a handful- but much smaller than envisaged by DExEU.

We know too that PM adviser Dominic Cummings has ambitions to chop down the number of Cabinet posts – but we don’t know whether his counsel will prevail. Ideas floated  are the merger of the Business department with International Trade, the absorption of the Department for International Development by the Foreign Office and possibly something around Climate Change and Energy – and the government will need to show, after the preemptory sacking of COP President Claire (Perry) O’Neill that it is getting a grip on delivering its big non-Brexit 2020 international challenge.

There might be a more radical attempt to recreate the sort of  superdepartments that were in vogue under Edward Heath – big departments bringing a lot of responsibilities together unde one secretary of state.

The  UK’s last experience  – beyond Peter Mandelson’s sprawling empire at BIS (Business, Innovation and Skills) –  was the Prescott mega-department of Environment, Transport and the Regions which has been hailed by no one as a model of effective government.

Recent rumours suggest that the calmer administrators in Downing Street are winning the battles versus the disruptor-in-chief – so less change is becoming more likely.

One nation or one faction?

In the summer Boris Johnson applied a vicious loyalty test to whom he appointed. Any putative Minister (except his brother) had to be prepared to accept a no deal Brexit – and even longstanding Brexiteers were excluded for the sin of supporting Jeremy Hunt for the leadership.

Indeed there was a cull of the Hunters. Whereas Theresa May tortuously balanced differences of opinion within the party, Johnson achieved unity by selecting from a narrow stratum of party views. That inevitably came at the price of talent and competence.

Its no surprise that Johnson now wants to ditch some of the most obvious underperformers – even if that means his Cabinet looks less balanced in terms of gender. The big question is whether he is prepared to lessen his ideological and loyalty litmus tests and appoint from across the party.

Even that would mean a narrower stratum of views than it would have done before the election. Johnson’s expulsions mean he no longer can call on former heavy hitters like Amber Rudd, David Gauke or Philip Hammond.

Greg Clark and Jeremy Hunt have taken themselves out of contention by taking on the chairmanship of select committees. Indeed “one nation” Conservatives did well in the select committee race as their chair Damian Green gloated at the time – but that simply shows that Labour MPs are prepared to vote for them (at least those that understand how the system works).

Theresa May’s government was unable to bridge its division on Brexit. But that was unusual. A better principle for successful Cabinet construction is to draw on the full range of talent available – and have a spectrum of views around the Cabinet table.

The next big personnel question is what happens to the de facto DPM, Michael Gove.  Dominic Raab may be the first secretary of state, but the stand-out big beast in the Johnson government is Michael Gove.  Will he take over the Brexit negotiations?  Will he be drafted in to save the COP?  Will he and his former adviser Dominic Cummings pursue a joint programme of civil service reform?

Underlying all this is the question of just how prepared Johnson is to give free rein to Gove. Is he seen as a Whitelaw figure to Johnson’s Thatcher  – powerful but loyal and unthreatening – or more like Gordon Brown to Johnson’s Blair – convinced that on merits he has the vision and ability the PM clearly lacks – or Osborne to Johnson’s Cameron – prepared to be chief executive to the chair, but convinced his time will come.

The final question is whether this looks like a government that lasts. Theresa May broke records not just for commons defeats but also for ministerial instability. That is inimical to any sort of long-term programme. Will Johnson construct a team that can stand the test of time?