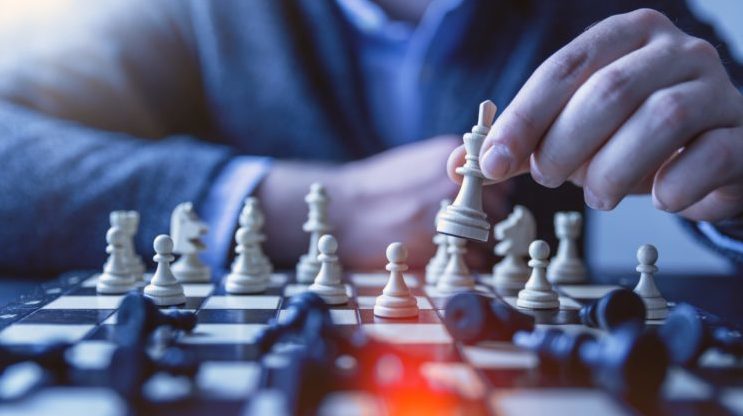 The go-to analogy for some when looking at the latest stage of the Brexit mess is three-dimensional chess, with multiple boards being played simultaneously.

Political scientists, for their part, have tended to refer to “two level games”.

The language is different, but the point is the same: to understand Boris Johnson’s predicament, you need to grasp the complex and contradictory trade-offs inherent in keeping power at home while managing international negotiations abroad.

Parliament has boxed the prime minister in.

He faces a stark choice: break the law; request an extension from the EU he has vowed never to request; resign; or attempt to secure a Brexit deal.

All of a sudden, getting a deal seems the most attractive option.

Amid all the noise from the Tory conference, the promise of concrete proposals from the UK this Thursday is a signal this reality has been digested by No 10.

Yet in any attempt to pass a deal, Johnson might be sowing the seeds of his own political demise. Enter the chessboard.

He must not only come up with a plan that is acceptable to the EU – he also has to be confident that whatever deal he does could command majority support in parliament.

And he faces problems at both levels.

The EU appears willing to revisit the deal struck with Theresa May but has not, to date, been convinced by the alternatives proposed by the UK.

Much remains to be done if there is to be a deal agreed by the EU and approved by the European parliament by the statutory deadline of 19 October, when the PM must request an extension.

At home things are, if anything, even worse.

Any deal that falls within the set of outcomes acceptable to EU member states will struggle to get through parliament.

Think about what would be required: ramping up the pressure on the DUP to get them on board, attracting as many members of the ERG as he can and gathering the votes of Labour MPs keen for a deal.

Frankly, there seems little prospect of this sort of coalition emerging.

Leaving aside the screeching reverse it would require from the DUP, it defies belief that Labour MPs who refused to vote for May’s deal, because it heralded a Brexit far harder than they were willing to tolerate, would now support a more extreme version proposed by Johnson.

And the support of pro-deal Labour MPs could not just be a one-off act of generosity: it would need to be sustained throughout the passage of the withdrawal agreement bill.

And why would these MPs, enraged by the prime minister’s recent behaviour, give him a gift that would enhance his chances of re-election?

Passing a deal by the October deadline might well represent Johnson’s best chance of beating Labour in an election. Yet it exposes him to the wrath of the Brexit party and Nigel Farage, who has already begun to shout about a “Brexit in name only”.

The biggest risk Johnson runs is to bring back a deal that is criticised by the Brexiters and rejected by parliament. He would be stuck with all of the downsides of having attempted a deal, and none of the upside or goodwill from getting it over the line.

So it is likely any Brexit decision Johnson makes will, sooner rather than later, have to survive impact with the electorate.

Every move he makes from here can be seized on by Farage, whose relative quiet in recent weeks has been the sound of a man biding his time.

At the weekend, Farage began to sketch out his lines of attack: any effort to pass a revised version of the existing withdrawal deal would be “a surrender act”.

The revolution, as ever, eats its own.

Meanwhile, nothing would better suit Jeremy Corbyn, as he kicks off a campaign focused on the prime minister’s honesty, than the man who claimed we would leave the EU by 31 October “come what may” asking for an extension of article 50.

Johnson faces a circle it may be impossible to square. He must secure a deal that the EU will approve and that will survive parliamentary scrutiny.

And he must do so in a way that helps him secure a majority in the ensuing general election.

And the various chessboards are interlinked: the EU realises that the prime minister will struggle to get a deal through parliament.

And it knows an election is in the offing.

Hence, its incentive to compromise is now, well, compromised.

So what can Johnson and his advisers do? One option may be to lose the battle and win the war: admit tactical defeat in parliament, knock over his king and resign.

He may then hope to win the election to come.

Another, more likely scenario, is that Johnson has already concluded that the risks of attempting to secure a deal are too high. He could stage a dramatic walkout from the European council, arguing that the EU has been unreasonable.

Then when the law insists on an extension being requested, use populist rhetoric to attack the “remainer parliament” that has stymied the “will of the people” – with all that could entail.

By Professor Anand Menon and Dr Alan Wager at The UK in a Changing Europe. This piece originally featured in the Guardian.