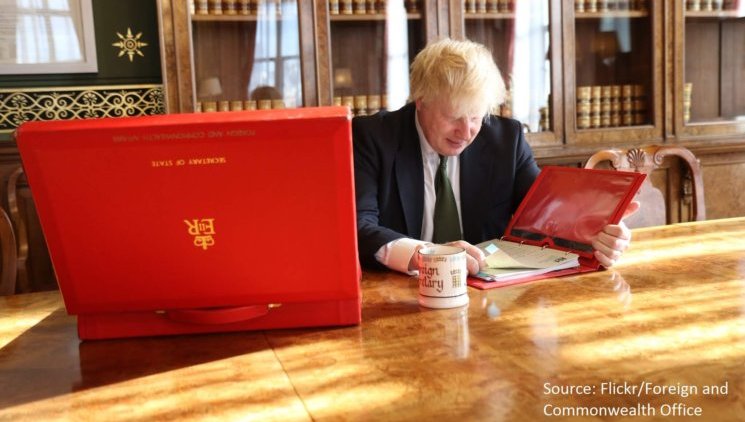 Now we know, because the Foreign Secretary has told us in a two-page article in the Daily Telegraph: Brexit will be fine. Our access to markets is assured since ‘we do know one thing: that we will be able to get on and do free trade deals, to campaign for free trade that has lifted billions out of poverty, which so badly needs a new champion’.

At home, ‘Brexit can help us tackle the housing crisis’, we will be able to ‘catch the wave of new technology, and to put Britain in the lead’, and we can ‘seize the opportunity of Brexit to reform our tax system’.

Do not be tempted to cavil: the UK may have spent four decades resolutely and largely successfully resisting any transfers of the power to tax to Brussels, but unyoked from it ‘the Chancellor will be able to cut VAT on tampons’ thereby acquiescing to something ‘often demanded by Parliament but – absurdly – it is legally impossible to deliver’. A dysfunctional land use planning system could be remedied in or out of the EU, but we all know that it is the regulatory behemoth that is Brussels which stifles all our attempts to change it.

Johnson recognises that ‘the country still has chronic problems’ such as that ‘our vocational training is often superb – but still not inspirational’ or that ‘our infrastructure is too expensive – and takes far longer than France or other EU countries’. But, you guessed it, he ignores the paradox inherent in the latter comparison by arguing that some of these problems ‘have been exacerbated by EU membership’. Persistently weak productivity growth will be transformed.

Then there is the money. Many of the headlines generated by the article highlighted his repetition of the infamous claim that Brexit would generate £350 million per week to be spent on the NHS and earned him a ticking-off from the chair of the Statistics Authority, Sir David Norgrove.

Even prominent leave campaigners have conceded the figure was a blatant lie, but so long as it attracts attention, who cares if the true figure for our gross payment is £280 million per week or if the net figure is lower still? There is a simple answer for Boris: all he has to do is cross the road from the Foreign Office and ask to see the bank statements from the Treasury. They will show clearly that what the UK ‘sends to Brussels’ is always net of the rebate.

Despite the ample scope for mockery, there are two crucial, uncomfortable truths in Boris’s article. First, he is right to stress the need to get on with it. It is nearly six months since the Article 50 process was triggered and progress on the negotiations has, to put it politely, been limited. Thundering that we need not pay anything is hardly likely to enable a breakthrough, but the British side badly needs to put forward credible solutions to some of the trickier issues.

Second, he is surely right to stress the incoherence of those now arguing for staying in the single market and/or having an extended transition period, even if it means allowing EU nationals to continue to come freely to the UK and no end to payments to the EU.

Ever colourful, he describes what he considers now to be the position of the Labour party as ‘totally invertebrate’. But as argued previously, the idea that either the ‘leave’ or the ‘remain’ side will be satisfied with an in-between outcome, however beguiling, lacks credibility. Moreover having a transition without knowing what it is towards does not make sense.

Plainly, the article is intended as a pre-emptive strike in the forthcoming campaign to succeed Theresa May, and possibly also to influence the reaction to the speech she is due to give in Florence. As Boris’s fellow Daily Telegraph columnist Charles Moore observes in the same issue of the newspaper, ‘Boris would not be writing as he is if there were not a vacuum to fill.

That vacuum is located in 10 Downing Street. Moore also warns that ‘the cravings of the Conservative Party’ need to be distinguished from those of the country ‘, and wonders whether it would become ‘a case of the blonde leading the blind’. The editorial adjacent to Moore’s column is more sanguine in its support for Boris’s vision: ‘let the ideas it contains ring out…in a renewed spirit of confidence’.

Nevertheless, the political reaction to the article has been largely negative, with some commentators even suggesting Johnson’s days in office are now numbered. But although many of his propositions do not stand up to scrutiny and require us to believe, with Dr Pangloss, that ‘tout est pour le mieux dans le meilleur des mondes possible’, his critics would do well to recognise the harsh dilemmas the UK needs to confront. Alas poor Boris. He may, as Hamlet said of Yorick, be a ‘fellow of infinite jest, of most excellent fancy’, but is he is condemned to remain the clown prince?

By Iain Begg, senior fellow at The UK in a Changing Europe, Professorial Research Fellow at the European Institute and Co-Director of the Dahrendorf Forum, London School of Economics and Political Science.