Boris should look to Canada for his Brexit blueprint 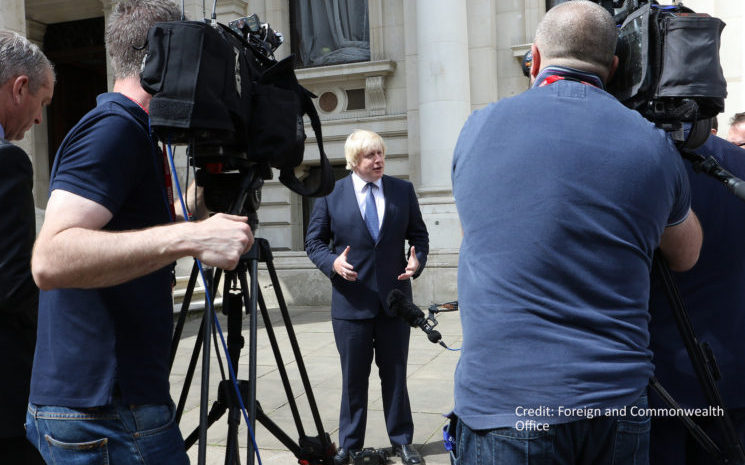 The summer holiday has provided Boris Johnson with a period for reflection on how he will tackle a challenge greater than that faced by any of his foreign secretary predecessors since the end of the Second World War. Pre-referendum predications from many of the UK’s international allies that Brexit could precipitate greater international insecurity and diminish the international standing of the country will now be tested.

The foreign secretary will have been stuck for suitable holiday reading of blueprints for Britain’s post-Brexit place in the world. Pre-Brexit speculation on the UK’s future outside the EU focused on the possible future EU-UK trade relationships, paying particular attention to the Norwegian, Swiss and Canadian examples. The autumn will see the UK’s diplomacy focused on negotiating the UK’s exit from and a new relationship with the EU. In the longer term, it must consider the international role a post-Brexit UK should aspire to and the models it might seek to emulate as a guide for successful foreign and security policy outside the EU.

An EU exit will not mark the end of the UK’s key military security partnerships, which are pursued through NATO, intelligence relationships with the US and its Five Eyes intelligence partners. It has been suggested Brexit should trigger a new Strategic Defence and Security Review (SDSR) to reappraise the UK’s security and defence needs outside the EU.

The UK will need to work out its new role in the world. It will be a European power and an internationally significant player – not least because of its UN Security Council and G7 memberships – with significant military capabilities.

Examples of regionally significant, globally committed states possessing military and diplomatic capabilities of note are few and far between. So there are scant examples of what the future might hold for the UK. Comparisons with other European states, such as France and Germany, can be discounted as they will remain committed to the EU.

Asian comparators are imperfect as China is heading for great power status and Japan, although in a strong alliance with the US, remains outside the UN Security Council and has a military role limited by its recent history. Australia is a model for the UK but its security policy has a predominant focus on its Asia-Pacific home region whereas a post-Brexit Britain would want to think in terms of a broader international engagement.

The UK would need a fusion foreign policy – one with a European core to its interests and responsibilities but which also seeks to develop its opportunities and interests in rising regions such as South-East Asia.

Africa would provide future opportunities for the UK, especially with its concentration of Commonwealth members, if older foreign policy networks take on new significance, but it does not provide a model state to emulate. It lacks UN Security Council and G7 members – although in Nigeria and South Africa it has regionally significant players who are also Commonwealth members.

South America presents a similar context with regionally, rather than globally, significant countries and lacks a regional security organisation as central to the continent’s modus operandi.

North America offers a more fitting benchmark. Canada is both a NATO and a G7 member. Although not a UN Security Council member, it has been a committed and active multilateralist since the foundation of the UN. It also neighbours its most significant market, to which it is joined by the North Atlantic Free Trade Agreement (NAFTA) but with expanding economic interests in the Asia-Pacific region.

Britain and Canada are not entirely evenly matched – the UK has additional capabilities with its larger population, economy and armed forces. But they do share Commonwealth membership and the Queen as head of state. Canada has also had its own tussles with constituent nations seeking separatism. And it also has the benefit of not being on the list of countries on which Boris Johnson has previous offered an opinion for which he might feel the need to apologise.