Both sides want to use the border issue to their advantage 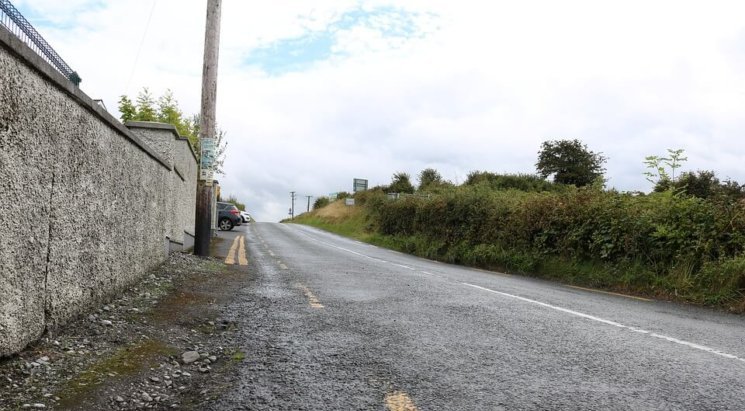 From the not-particularly sublime to the ever-more ridiculous. Tempers are fraying and the row over Brexit and the Irish border rumbles on. And at the time of writing it has taken yet another twist.

It is perhaps emblematic of the pantomime that the negotiations have become that the latest instalment sees the British government proposing something that it already knows will be unacceptable not only to the EU, but also to the Brexiteers in its own ranks.

Gesture politics is front and centre – but behind the political theatre, the “Irish question” is once again shaping choices that will have a profound influence on the long-term future of the British Isles.

The EU has made great play of its principled stance that “cherry picking” of the best bits of the single market is unacceptable. Her Majesty’s Government, for its part, has pointed to what it sees as a problem with this argument: the Northern Ireland backstop proposed by the EU would be a clear example of such cherry picking: the province would remain only in those parts of the single market necessary to ensuring the functioning of the all-Ireland economy.

Both sides have a point. From the EU’s perspective, there are many reasons why the UK as a whole should not be allowed to pick and choose, not least that many member states are reluctant to give such a big concession to such a large economy.

And lurking behind these justifications is good old-fashioned realpolitik. The EU wants the Irish question solved for principled and practical reasons. The principled ones are well known – the need to save the 20-year-old Good Friday agreement which has brought peace to Northern Ireland.

The practical ones relate to its desire not to allow the Irish border issue to spill over into the trade talks, providing London with leverage in its attempts to secure frictionless trade without membership of the customs union and single market.

Viewed from London, the new government initiative on an all-UK backstop not only highlights what is seen in the UK as the EU’s inconsistency (if they can offer the backstop to Northern Ireland, why not to the whole of the UK?)

It also creates an opportunity to divide the member states, should this idea — the UK continuing in the customs union and with partial membership of the single market — appeal to those on the continent concerned by the economic implications of Brexit.

And so the drama — or farce — continues. And it has profound implications, obviously for the Brexit talks as well but also, as importantly, in that it distracts attention from many of the substantive issues that Brexit raises for the island of Ireland. In today’s report, The UK in a Changing Europe has analyzed a number of those issues.

Of course, the border is crucial. It encapsulates a number of both constitutional and values-related issues that will prove impossible to solve effectively without some agreement on the border, as Colin Harvey argues.

And assuming my scepticism concerning the Government’s new proposal is well placed, we will eventually go back to the choice detailed by Catherine Barnard, between options that will only be sorted out once the UK has left the EU (A and B), and another (option C) that is unpalatable to the DUP and many in the Conservative Party.

The absence of an executive and assembly in Northern Ireland further implies that, even in the event that the UK government decides to ask Stormont for consent to new regulatory barriers between the North and the rest of the UK (as specified in the December joint report signed by the UK and the EU), it is hard to see who they could ask.

Now, clearly there are different opinions as to whether options A and B are practical. Graham Gudgin is one who feels that technology does offer a potential solution. Even if that is the case, however, Professor Barnard’s point about the future and the present holds true. The EU is simply not going to put its faith in promises about future technological developments.

So in the short term, the stark choice confronting negotiators remains unchanged. Moreover, membership of the customs union alone would not address the border issue since, as Katy Hayward underlines, regulatory divergence between the UK and Ireland would immediately necessitate a border. This implies staying in the single market, at least for goods.

Politically, the study by Garry, McNicholl, O’Leary and Pow underlines the way that Brexit feeds into the sectarian divide, as well as the broad hostility across both communities towards the idea of a hard border between North and South.

As Matt Bevington and Alan Wager explain, this is also roiling the politics of the North, at a time when the moderate centre has already been squeezed

And the consequences of Brexit will be economic as well as political. As Philip McCann and Raquel Ortega-Argilés point out, almost all the Republic’s exports and imports to and from the rest of the EU pass through the UK. Thus, a hard Brexit will have serious consequences, not least for the agricultural sector.

This of course has implications for the negotiations themselves. While Dublin is — understandably — concerned about the creation of a hard border with the North, the future trading relationship between the UK and the EU is hardly a minor concern for the Irish government. In that sense, they need to ensure not only a border solution but a way of maintaining the dense trading relationship with the UK.

Meanwhile, and away from the negotiations themselves, plenty of changes are afoot, either spawned by the prospect of Brexit or accelerated by the outcome of the June 2016 referendum. Brexit has, according to Brigid Laffan, proven catalytic for the Irish Republic.

Deliberative and consultative processes following the Brexit vote have generated broad societal consensus around Ireland’s EU future. The country’s positioning as a small northern state, within the new “Hanse league”, reinforces Dublin’s self-confidence in its ability to make a success of its EU membership after Brexit.

Whatever the outcome of the Brexit process, the implications will be profound. Whether there is a border or not, the Republic is preparing for a post-Brexit future as an influential, small, English-speaking state in the EU.

Meanwhile, the politics and economics of the North will be severely affected by whatever kind of outcome the negotiations produce. The island of Ireland is changing, and Brexit has been a significant cause of that change.

By Anand Menon, Director of The UK in a Changing Europe and professor of European politics and foreign affairs at King’s College London. This piece originally featured in Times Red Box.