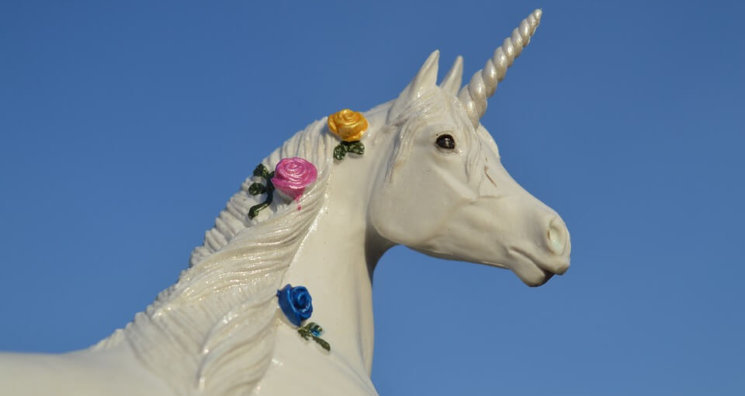 Jez we can! While Theresa May struggles with the contradictions inherent in her Brexit policy, the Labour Party seemingly have all the answers. Problems with trade in goods? Jeremy’s got a “new comprehensive UK-EU Customs Union” up his sleeve. Worried about post-Brexit standards or trade in services? JC offers “full access to the internal market of the European Union”.

There really is, it would seem, an alternative. Which itself is redolent of how politics has changed over the last decade or so. Remember the halcyon days of New Labour, when Blair, Brown and co had the answer to everything? THE answer, not AN answer. Inflation? The independent bank of England would see it off. Boom and bust? Cancelled by our munificent Chancellor.

This was the era of TINA (there is no alternative) politics. When wonks held sway, and answers were clear and unambiguous – albeit phrased in a technical jargon unintelligible to most people. When parties, as my colleague Colin Hay has so wonderfully illustrated, competed not over ideas or ideology but competence when it came to implementing much the same policies.

While New Labour argued that left wing ideas were obsolete, Cameron’s Conservatives entered office (metaphorically) grasping a well-thumbed copy of Blair’s A Journey and a stated intention to hug the technocrats close.

All that changed with Brexit. The referendum played its part. The attacks launched against the Treasury, the Bank of England and indeed experts in general. The – how shall I put it – willingness to stretch the truth when it came to describing how much we pay the EU all bore witness to a growing frustration with expertise and indeed with evidence.

Perhaps this was understandable in a referendum campaign. Referendums, as the leavers never tire of telling us these days, are not like elections. No one actually owns the result. No one can really be held to account.

However, this willingness to stretch the truth has spilled over into the parties’ handling of Brexit. Theresa May started it. In her Lancaster House speech, she promised “as frictionless trade as possible” and no return to an Irish border – knowing full well this cut against her red line of leaving the customs union. We would, she informed us, leave the single market, yet pick and choose where our obligations end and our entitlements began.

Through a turbulent 18 months since, and despite her promise at the Mansion House in March this year to be “straight with people”, these fictions have remain frayed but intact.

And Labour have been at it too. Corbyn has promised membership of a customs union where we have a say on EU trade deals and can unproblematically strike deals of our own. And now, Labour are promising a better deal than Norway: all the benefits of the “internal market” with, presumably, none of the (political) inconveniences like freedom of movement.

And beyond Brexit strategy itself, the dishonesty is writ large on our politics. The Labour and Conservative manifestos of 2017 did not mention the key Brexit effects: how much it would cost, and how all-consuming it would be. Both parties offered unprecedented levels of state intervention without considering the economic context.

So we’ve gone from government by TINA to a plethora of mouthwatering alternatives. A Brexit that protects jobs, or one that makes our country both more prosperous and more fair.

I’m not one of those who bemoans the passing of TINA. Government by gobbledygook was not a good look, and the financial crisis illustrated the shortcomings of that kind of expertise. Moreover, it is good that ideas and ideology are back, and that politicians feel able to argue from first principles again.

But ideology does not mean fairy tales. Ideas do not mean the absence of fact. Brexit will impose economic costs on the country. Leaving the customs union and the single market will reduce our trade with our closest and largest trading partner. And the EU is not going to let us, as the saying goes, have our cake and eat it.

And so Labour and the Tories are promising the undeliverable, not least in order to square their own internal tensions. But the result is that voters are left short changed.

No one is being honest with the public. It is depressing to see both Government and Opposition simultaneously failing to confront the trade-offs that Brexit necessarily entails. Greater control ultimately means less trade with our largest and closest trading partner. And that will affect growth and jobs.

Eventually, as this truth emerges, it is hard to see how politicians or politics will come out of this well. This will not just damage Labour’s hopes of grabbing the levers of power, or a future Conservative leader’s hope of holding on to them. It will damage our politics. “They’re all liars” is not the best remedy to the TINA complaint of “they’re all the same”. We deserve better than to watch our political leaders trying to sell us unicorns.