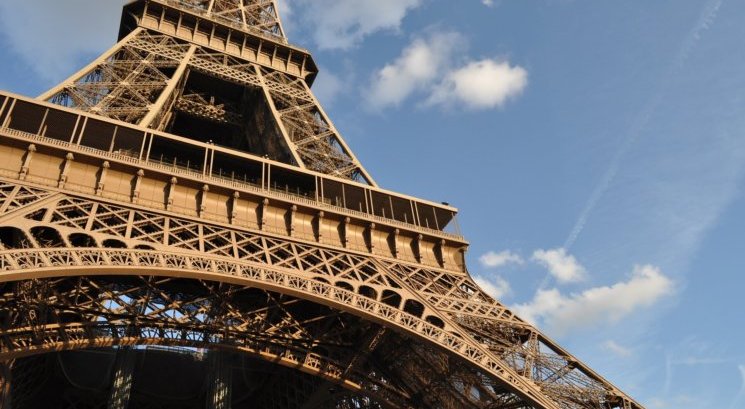 There is little public debate in France about Brexit. Of course, when Michel Barnier opens a new round of negotiations with David Davies in Brussels, articles appear in the media. But generally, French society and even mainstream politicians have little interest. There are many people in France who consider that Brexit has to move forward because it will solve a problem: British governments, whether Labour or Conservative, have never really played the game of political integration. It is not rare to hear French ordinary citizen saying: ‘Well, the UK has never liked Europe and it will be easier in Brussels when it leaves!’

For experts, it is not easy to convince the broader public that there have been major British contributions to the EU since 1973. However, those areas where the UK’s influence has arguably been greatest – its contribution to the establishment of the single market and to the enlargement of the EU toward Central and Eastern Europe – are not EU achievements that are considered as unequivocally positive in France. Indeed, the French are not especially well-disposed to these two issues since they are often perceived as neoliberal policies that challenged the ‘right model’ of a political Europe.

The fate of the 300,000 French living and working in London has not mobilized very much the French public opinion. One not unpopular view is that London-based expats decided to cross the Channel in order to avoid paying their taxes in France. Of course, such a view does not correspond to reality: it neglects the fact that a large number of young French people work in all sorts of jobs in the UK because they had no job in their home country. When French expats decide to return to France, there are immediately articles in the newspapers stressing that they feel ‘better at home’ on account of Brexit.

At the current time, the only identifiable societal interest in France that is vocally opposed to Brexit are fishermen. In 2017, Northern France, Normandy and Brittany vessels made 50 per cent of their catches in the British waters, representing a revenue of €110 million per year. French fishermen therefore want to keep their fishing rights in UK waters. Other complaints coming from other economic groups in the society will probably emerge when Brexit takes effect, but for the moment there are very few anticipated complaints. British diplomats are targeting French businessmen with the objective that they will support the negotiation of a trade agreement before the end of the negotiation on the withdrawal. Some voices inside the business organization MEDEF are clearly passing on this British official position.

On the other side of the discussion, some French commentators have developed a discourse about the opportunities offered by Brexit, as in the case of the Paris financial community. There are regular declarations in the media from senior bankers stressing that Paris must attract financial firms based in London which do not want to lose their ‘European financial passport’. The focus is particularly directed towards non- EU banks. Bruno Lemaire, the French minister of Economics, went to New York in August 2017 to convince the financial community to move their branches from London to Paris. This discourse is also frequently used by officials and businessmen to attract Japanese bankers to the French capital.

At the current time, the concrete results of this strategy are modest. There is one example:  the announcement in February 2017 by HSBC’s CEO that he will move 20% of the bank activity to Paris before Brexit day. Although that will involve about 1000 people, Frankfurt seems for the moment more successful than Paris in attracting financial companies from the City. Representatives of the French regions, especially from Northern France (Lille and the Hauts- de-France) are travelling to London with the perspective to attract some companies based in the UK after Brexit.

Brexit negotiations take place as the new French President, Emmanuel Macron, is developing an important political narrative on the future of the EU. Macron has delivered several speeches on the EU, including at the Sorbonne on 26 September 2017. In strategic terms, Macron’s speeches are addressed primarily to the 25 per cent of pro-EU French voters who supported him. The rest of the French population is either sceptical or indifferent to the EU. The recurrent theme in Macron’s speeches is that Brexit is an opportunity for France to relaunch the EU together with Germany.

Building a strong Franco-German relationship inside Europe is not a very new narrative coming from the pro-EU camp in France. The formation of a ‘Jamaica Coalition’ between the Christian Democratic Union/Christian Social Union parties (CDU/CSU), Free Democratic Party (FDP) and the Greens in Berlin will not make the task easy for Macron. For instance, his proposals to create a specific budget and new institutions for the Eurozone are not supported at all by the Liberals from the FPD, nor by the Bavarian CSU. In Macron’s message on the future of Europe, Brexit is presented as the opposite trend to the ‘hard core’ he wants to build around the euro with Germany and a limited number of member states.

In addition to the President’s broader plans for the EU, there has also been some activity across the government and legislature to work on the fine detail of the negotiations. The General Secretariat for European Affairs, which coordinates EU matters under the Prime Minister has been involved in mapping French interests in Article 50, while the Ministry of Foreign Affairs has headed up a task force for managing the process, including knock-on consequences. Meanwhile, the Assemblée Nationale has created a standing group to monitor the process in the immediate aftermath of the vote.

Brexit negotiations between the Barnier and the Davis teams have kept the most difficult topics for the end. The development of these negotiations will probably not provoke more debate in France and will leave a comfortable margin of manoeuvre for the French government. Some segments of the French business community, however, will lobby the government to make sure that free movement of goods and services between UK and France remains easy under the new trade agreement. In 2017, the UK remains France’s fifth most important customer of France and its eighth most important supplier. But the volume of trade is much less important than the one with Germany. Defence is the issue on which France has a regret not to have the UK in the EU anymore. But the French defence community (both officers and politicians) also insists that most of the defence cooperation with the UK will continue on a bilateral basis, using the framework of the 2010 Lancaster House Agreement.

And then there is the issue of the British citizens living in France. Statistics about their number are not clear, as EU citizens do not have to register. They range from 150 000 to 400 000, mostly dispersed across rural areas where they own properties. There has not been an antagonistic turn in France against those British expatriates in the wake of the Brexit decision. French small cities and villages are very much accustomed to ‘their’ Brits. In some regions like the South-West, such as the Lot, Dordogne, and Charente, there has been a dramatic surge in the number of British candidates for French citizenship. The newspaper Le Monde speaks of a general increase of 254% between 2015 and 2017, from 385 applications in 2015 to 1363 at the beginning of 2017. Many examples of French citizens helping their British neighbours and friends to fil the very complicated dossiers are observed at the local level.

Losing the UK as a EU partner is not an issue which creates a lot of concerns in French society. To a certain extent, this indifference gives more credit to Brexiteers than the British citizens who opposed Brexit. The politics of ‘minimalist engagement’ supported by all British governments since 1973 explains this French perception. At the level of governments, Brexit appears a manageable issue as soon as it does not affect the principles of European integration, which means the integrity of the Single Market and the budgetary burden sharing.

Of course, France has its own Eurosceptic parties, on both the left and the right. These parties represented 45% of the total first-round votes in the 2017 presidential election. But French Eurosceptic voters do not necessarily support a ‘Frexit’. Even the idea of an exit from the euro is not very popular among the French Eurosceptic electorate: one of Marine Le Pen’s mistakes during the presidential campaign was to put on the agenda the withdrawal of France from the Eurozone. Many FN voters, especially among the middle-class part of her electorate, were against this because they worried about the stability of their savings.

This explains why Le Pen had to create a somewhat strange narrative at the end of her campaign, saying that she wants to go back to the French Franc but without renouncing to the euro – a proposal which makes no sense from an economic point of view. The recent resignation of Le Pen’s lieutenant Florian Philippot from the FN is linked to this debate. Philippot was heavily criticized inside the party for having wrongly recommended to Le Pen a retreat of France from the Eurozone, at the beginning of her campaign. So even among the most established Eurosceptic party, exit from the EU is considered as a British idiosyncrasy rather than an example that France should follow.