Brexit after 2020: a window of opportunity for Labour 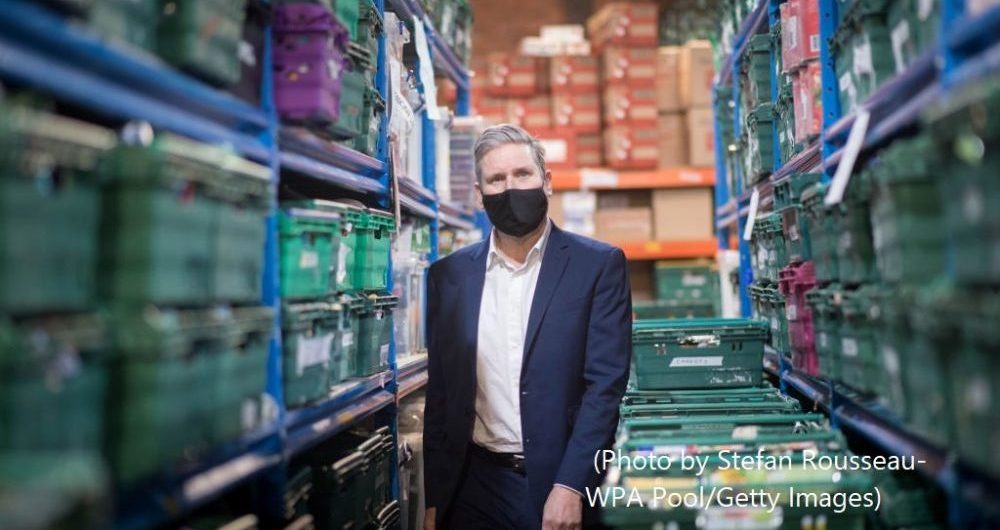 From the summer of 2017 a combination of grinding negotiations and parliamentary gridlock increased demands from frustrated Leave voters for Brexit at almost any cost, while encouraging hopes of a reversal among Remain voters previously resigned to departure. Ideally, Labour needed both sets of voters.

However the People’s Vote campaign proved effective at mobilising both grassroots members and MPs behind a second referendum and successfully pressed the Labour leadership into accepting this, at least in principle.

The result was a convoluted compromise that ultimately satisfied nobody: Labour favoured a renegotiation followed by a new vote, but its leader would not endorse or campaign for the new deal he negotiated, and most of his Shadow Cabinet pledged to campaign against it.

Voters largely didn’t understand it, and those who did disliked it. Corbyn tried valiantly to keep his party in the middle of the road on Brexit. Their reward was to be flattened by Boris Johnson’s ‘get Brexit done’ juggernaut.

Since the election, Labour Leavers have sought to blame the party’s defeat on its commitment to a second referendum, which enraged Leave voters in ‘Red Wall’ seats without engaging Remain voters in suburban marginals. Labour’s Remainers — many of them Corbynsceptic centrists — have countered that without the second referendum commitment, Labour’s collapse would have been more dire still.

Labour’s decisive election defeat, along with the election of Keir Starmer mean that the primary political question before the party leadership has changed from “Leave or Remain?” to “We’ve left — what next?”

The party still encompasses a broad spectrum of opinion from liberal Europhiles to radical left Eurosceptics, but building a policy with broad appeal may prove easier now the binary existential question of Brexit has been replaced with a menu of post-Brexit policy options.

Yet as Labour ponders these policy options, the electoral dilemmas which have plagued it in the recent past will continue, reflecting the emergence of identity politics divides which predate Brexit but were deepened by the polarising EU debate.

Graduates and ethnic minority voters — who tend to be pro-EU and hold liberal, cosmopolitan stances on other identity issues such as immigration — are now the largest part of Labour’s electoral coalition.

However, these groups are too small overall, and too concentrated in big cities, for Labour to win Commons majorities based on their support alone. Labour therefore also needs a critical mass of support from voters who are more socially conservative, nationalist, and Eurosceptic if it is to have any hope of forming the next Government.

Labour’s policy towards the EU therefore needs to thread the needle of appealing to the more Eurosceptic and nationalist voters it needs to win back without antagonising the more cosmopolitan Europhile supporters who form the backbone of its current electorate and activist base.

The party has actually faced this dilemma before, over immigration policy during Ed Miliband’s leadership. The precedent is not encouraging: tentative promises of more controls on immigration triggered outrage from the party’s pro-migration activist base, which undermined the credibility of such pledges with the social conservative voters they were aimed at.

Compromise on identity issues, in other words, is complicated. Strongly liberal voters believe the concerns being addressed are not legitimate and should therefore not be listened to — a sentiment which risks reinforcing distrust among more socially conservative voters, who often feel the contemporary Labour party either dismisses their concerns or else patronises them.

Yet Starmer has two critical advantages over Miliband. Firstly, the politics of the most polarising issue facing Miliband — immigration — is fundamentally different today. Free movement within the EU has gone, and the principles of the skills-based, selective migration policy which has replaced it enjoy broad public support.

The British electorate has also, for the first time in polling history, gone from being broadly sceptical about migration to broadly favourable.

There were few votes to be won in defending an open migration status quo in 2010-15. There may be more votes in arguing for liberalisation within the current post-Brexit framework.

With EU relations no longer the dominant issue on the agenda, for the first time in five years it may be possible to shift the policy discussion away from the most divisive identity terrain — Remain against Leave; Britain against Brussels — into the more fertile territory of economics and international trade.

Labour can accept the principle of Brexit, while at the same time criticising the Brexit we have, and pledging to build a better deal with Europe in future.

This might even win a receptive audience from some Leave voters, particularly if Brexit doesn’t seem to be delivering quite what they hoped. Leavers dismissed arguments about economic disruption as a stalking horse for Remainers while Brexit was still being negotiated. They may think again once Brexit is settled fact.

A window of opportunity may open again for Labour on Brexit after 2020. A fair hearing for a new deal with Europe across the identity politics divide may be easier than it was hitherto. Deciding what to put in such a deal will be harder.

Big steps to integration such as joining the European Economic Area or the Customs Union would reopen arguments over sovereignty and control of borders, shattering any fragile post-Brexit truce between Leave and Remain partisans.

But achieving close relations while staying free of the single market looks awfully like the kind of ‘cherry picking’ the EU has always resisted before.

Perhaps the issue can be ducked. After all, election pledges on the EU which are heavy on optimistic slogans but light on detail have worked before.

Boris Johnson has stolen many of Labour’s best applause lines since become Prime Minister. Perhaps Keir Starmer could return the favour on Brexit.

By Rob Ford, Professor of Political Science at the University of Manchester. This piece was taken from our Brexit and Beyond:politics report.