Brexit and Australia: free trade, the Anglosphere and Anglo-scepticism 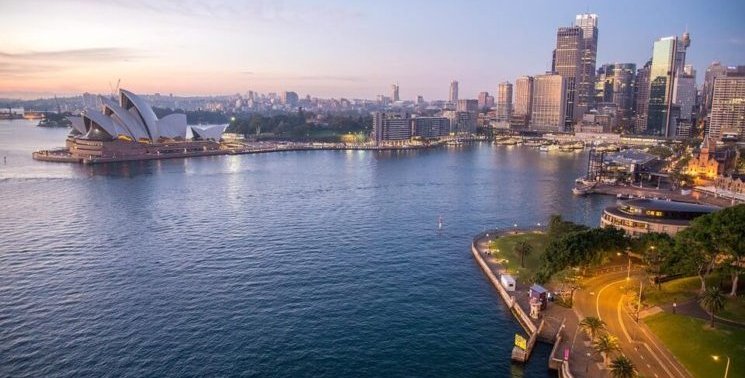 Free trade was a major element in the elite Brexiteer rationale for leaving the EU.  In this narrative, countries beyond Europe were lining up to sign free trade agreements (FTA) with an unchained Britannia.

Evidence from Australia is equivocal on this score. Whilst regretting the UK’s exit from the EU, the official mind in Canberra now sees opportunities as well as loss. This view is underpinned by the need to offset the UK’s withdrawal from the long-awaited EU-Australia FTA, negotiations for which began in mid-2018.

But it’s not only about national interest; ideology plays a part too. Supporters of the Anglosphere idea in Australia were keen to see the UK leave the EU. But ‘Global Britain’ has seen the return of an older attitude towards the UK, one that we might call ‘Anglo-scepticism’.

In a year of political shocks, 2016 generated another smaller and less remarked surprise, but one that spoke volumes. When asked by YouGov in September 2016 which country was their top priority for a post-Brexit FTA, Leave voters nominated … Australia.

Australia is a nice place: beaches, sunshine, good food, thirteenth largest economy in the world. But it is also quite far away from the United Kingdom. The idea that Britons’ lives might be improved by the freedom to order, say, a step ladder made in Melbourne and enjoy the anticipation of its arrival 12 weeks later requires explanation.

One explanation is that the Australian government made a very rapid re-appraisal of Brexit after the vote. Before 23 June 2016, Australian leaders spoke in support of the UK’s continuing membership of the EU – as part of a rules-based international order – during their own election campaign occurring at the same time.

Riding high in the polls, the Australian Prime Minister had called a snap election, only to misjudge the popular mood and fall short of a majority (sound familiar?). Yet one of the first – if not the first – policy to emerge when a government was formed was a claim that Australia would be first in the queue to sign a post-Brexit FTA with the United Kingdom.

On one level this was just a matter of mitigating potential trade losses from Brexit. When Brexit struck, Australia was just about to embark on long-anticipated negotiations for a FTA with the EU.

Yet almost half of Australia’s trade in goods, and especially services, with the EU went via the UK. Thus the Australian government needed to make good the potential shortfall by getting in quick with ‘Global Britain’ whilst not upsetting the negotiations with the EU.

‘Global Britain’ needed Australian support like no time since the Suez Crisis of 1956, and let everyone know that there was at least one country that was reading from a similar script; hence the salience of Australia as an FTA priority in September 2016.

The support for Global Britain in Australia was not just a product of spreadsheet calculations at the Department of Foreign Affairs and Trade in Canberra however. Amongst an older generation of Australians there was a particular memory that adhered to the UK’s accession to the European Economic Community (EEC) in 1973: that of betrayal.

Although delayed by General de Gaulle’s vetoes in 1963 and 1967, UK accession to the EEC deprived Australia (and more so New Zealand) of its major export markets; and this after support during two world wars. (I have personally had the uncomfortable experience of being berated in a lift in Wellington by an elderly New Zealand lady for Britain’s betrayal in 1973.) From this perspective, Brexit was seen as some form of restitution.

Although relations between Australia and the EU are the best they have ever been, the memory of the UK’s accession still tinges the official mind. The Downer political dynasty embodies this memory.

The older Downer, ‘Alick’, was Australian High Commissioner in London when Britain joined the EEC; his son, Alexander, was High Commissioner when it voted to leave. Former Prime Minister John Howard’s first ministerial portfolio took him to Brussels in the 1970s and he never really got over the experience.

Howard also embodies a newer kind of support for Brexit on the right of Australian politics and across the English-speaking world: the Anglosphere. Howard openly spoke in favour of Brexit during the referendum campaign.

His domestic support for British-inspired values when Prime Minister of Australia from 1996-2007 led him naturally to the Anglosphere ideology: a belief that when English-speaking countries align their politics the world is a better place. This ideology animated many leading Brexiteers in 2016.

Howard’s protégé, Tony Abbott, Prime Minister from 2013-15, was another exponent of this idea, although his advisors and colleagues steered him away from open support. This suggests another historically informed attitude towards ‘Global Britain’ that shapes Australian attitudes towards Brexit and which we might label ‘Anglo-scepticism’.

In this version of the Anglo-Australian past, the betrayal came not in 1973, but in 1942, when Australia’s security lynchpin, Singapore, fell to the Japanese. What Brexit is making apparent is that, just as European integration solved one grand strategic dilemma by containing Germany, so too did it contain Britain (to the relief of many). Former Foreign Ministers Julie Bishop and Gareth Evans, as well as former Treasurer Wayne Swan, have dismissed the Anglosphere as ‘fantasy’ in one form or another.

The current Australian government is in one of those morbid phases were a significant political swing away from an incumbent government is anticipated in mid-2019. This could change the political optics considerably.

Yet without a hard Brexit, the Australian government will need to re-double its focus on the EU, probably to the exclusion of Global Britain. Things have changed since 1973.