Brexit and British foreign policy: between a rock and a hard place 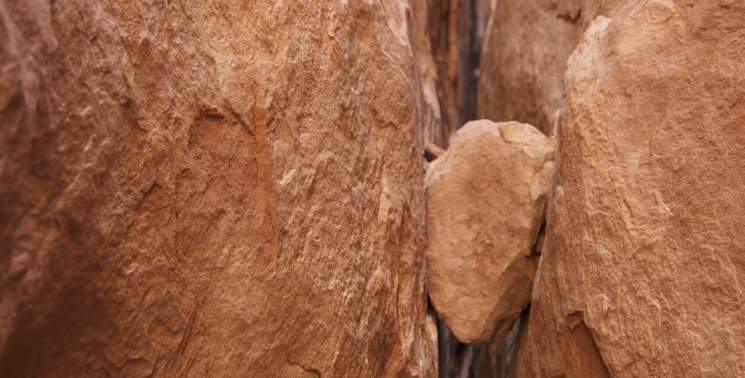 The current uncertainty about the shape and future of Theresa May’s minority government may affect the start of the Brexit negotiations as well as the UK’s strategy in those negotiations. Nonetheless, although the framework of the future UK-EU relationship will only be discussed only in a second stage, the new British government should consider what relationship it wants with the EU in the field of foreign and security policy. British foreign policy will change fundamentally with Brexit, but just how much will depend on the nature of the future UK-EU agreement.

The debate in the UK has been focused on a very narrow aspect of that relationship, cooperation on counter-terrorism, rather than on the broader framework of EU foreign and security policy cooperation. Yet that framework is a power multiplier for its member states, because the EU has huge collective resources (as the largest trading bloc in the world, one of the largest aid donors in the world, and with the capacity to deploy civilian and military missions in a wide variety of situations).

Its sheer size enables it to have an impact greater than what any of its member states could have independently. Furthermore, the EU imposes relatively few costs on member states because it cannot function without the consensus of all member states, though this also means that decision-making can be slow and result in ‘lowest common denominator’ policies.

EU foreign policy cooperation has enabled even its larger member states such as the UK to punch above their weight in international relations. The EU has been indispensable for the achievement of key British foreign policy objectives including reaching an agreement with Iran over its nuclear programme and imposing sanctions on the Russian and Syrian governments. The UK government’s 2013 review of the balance of competences between the EU and the UK in foreign policy contains an even longer account of the benefits to the UK of working within the EU framework.

Outside the EU, the UK will struggle to have as much influence. Although the EU will suffer the loss of British capabilities, the UK will suffer a much larger relative loss of resources. In a networked world, what counts is the quality of the networks in which a country can operate. Leaving the EU, the UK will cut itself off from one of the most powerful – an important player in the wider European neighbourhood, in Africa, in global trade and climate change negotiations, and beyond.

The UK will not be able to sell itself to non-EU states as a ‘pivotal power’ or a ‘bridge to the EU’ as it has in the past, because it will no longer be able to deliver the support of other EU member states. Even though the UK has well-regarded military capabilities, and will still be a major player in NATO, military power is but one of many foreign policy tools. Its permanent membership of the United Nations Security Council matters, of course, but action by the Security Council is easily blocked by other permanent members.

Reaching an agreement on close relations in foreign and security policy is in both the UK’s and the EU’s interests. For a variety of reasons, however, this is going to be a difficult task. The UK has previously indicated it would leave the single European market and the customs union. But EU foreign and security policy is intertwined with the single market, as it links to policies on aid and development, trade, sanctions, climate change, and energy.

The EU will defend its own decision-making autonomy in such policies leaving the UK with few opportunities for influence. If the UK remains in the single market (an unlikely prospect at this point), then it would have greater scope to affect EU foreign policy decisions.

Third countries (non-EU countries) have limited opportunities to shape EU decisions. The EU conducts many structured dialogues on foreign policy, especially with closer partners. Third countries can also participate in the EU’s Common Security and Defence Policy civilian and military missions, though they are given the chance to do so only after the EU has agreed the mandate for those missions. Several like-minded countries such as Norway and Switzerland align themselves regularly with EU foreign policy positions (including sanctions).

Furthermore it can take a lot of time and energy to reach agreement among all the EU member states. This leaves little time for outreach to third countries. This is particularly the case in situations where time is an important constraint, such as international negotiations. In crises or fast-moving situations, EU member states are likely to consult each other intensively, discussing what they might do within the EU, reducing the opportunity for input by third states.

In this context, what are the choices facing the UK?

At one extreme, the UK could try to shape EU decisions, and align itself with EU foreign policy positions (such as sanctions on Syria and Russia). It would, in other words, limit its own autonomy but in return have a better chance of having an impact on a range of foreign policy issues. The EU is likely to want a close cooperative relationship, but would also be keen to see the UK engage constructively with it. What will the UK offer the EU?

At the other extreme, the UK could try to counter EU positions, either deliberately undermining them or competing with them, perhaps by aligning with powers such as the US, Russia or China. This would signal a drastic shift in British foreign policy culture.

The UK shares values and interests with EU member states more than it does with other countries, including the US (particularly under the Trump Administration). Furthermore, the UK would inevitably be a junior partner in any such alignment. Would the British be comfortable with such a shift?

Post-Brexit the UK will have taken back control of its foreign policy-making prerogatives, but its ability to protect and promote its values and interests abroad will decline. Accepting a more modest role in international affairs may have to follow. This is not necessarily a bad outcome, but it would mark an epochal change in British foreign policy.

By Professor Karen E. Smith is Professor of International Relations at the LSE