Brexit and CANZUK: expectations versus realities 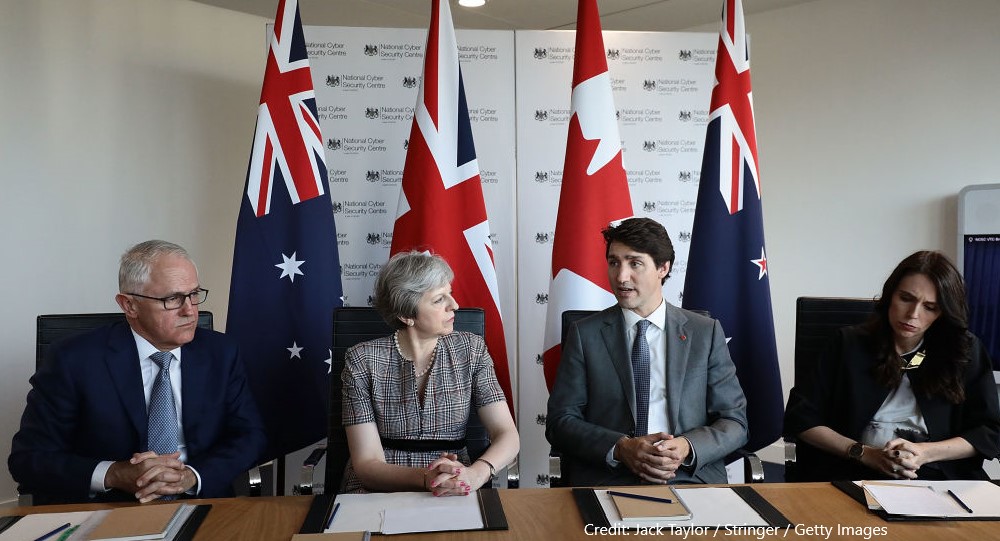 The UK left the EU at the end of 2020, and according to the latest figures from the Office for National Statistics, Brexit has already led to a significant slump in trade between the EU and the UK – falling by around 23.1% compared to the first quarter of 2018.The divorce from the EU coincided with a rise in nostalgia for the revival of the British Empire, and prominent Brexiteer arguments centred on imaginations about British supremacy in matters of international trade. In particular, Brexit supporters endorsed the idea of CANZUK – an alliance between the UK, Canada, Australia and New Zealand.

The concept was first coined by William David McIntyre, a New Zealand historian, in 1966 as a way to counter the USA on more equal terms. The proposal gained momentum following Brexit, symbolising the revival of Britain and the Anglosphere.

CANZUK member countries share many political, economic and cultural similarities. English is their official language, they are democracies based on the Westminster parliamentary system, and are industrialized, high-income countries.

Proponents believe the pact has the potential to create an alliance that is closely linked through trade, migration, and security ties.

Combined trade among CANZUK countries amounts to about £2.5 trillion, and advocates already see CANZUK – which includes three of the world’s top 15 economies (UK, Canada and Australia) – as the second most powerful geopolitical union in the world behind the EU.

However, economists like Iain Begg caution that the new post-Brexit trade agreement with Brussels will reduce the UK’s GDP by five per cent over the next 15 years, and CANZUK could in no way compensate EU market access.

Before Brexit, the EU was the UK’s largest trading partner, accounting for 47% of total trade, while Canada, Australia and New Zealand combined made up only 3.5%. In addition, the geographic distance between the CANZUK member states would significantly increase the cost of trade, compared to the EU.

This implies that even if the UK could negotiate similar trade terms with CANZUK members as it did when it was a member of the EU Customs Union, this would be of far less value to the UK, not least because of increased transport costs and non-tariff barriers.

As an example, Begg cites the EU automotive industy, where components of cars exported from England cross borders six or seven times during the manufacturing process. This would be unprofitable on very long routes such as between the UK and Canada.

Last but not least, the increasing rivalry between China and other Asian countries – including Australia – could seriously weaken CANZUK’s chances of success by counteracting the rule-based international regulatory and trade regimes of the WTO. Beijing knows how to use the leeway of the WTO rules for itself and often only does the minimum needed to meet its obligations.

Moreover, the UK’s share in exports to the Anglosphere’s economies declined steadily since the colonial times, from 36% in 1949 to 2.5% in 2017.

Intra-Anglosphere trade also dropped, from about two-thirds of total trade in 1947 to one third in 2017.

Equally, the UK’s recent application to join the Comprehensive and Progressive Trans-Pacific Partnership (CPTPP), a grouping of eleven Asian countries bordering the Pacific, has been met with scepticism.

CPTPP countries account for less than 10% of the UK’s exports, and the UK already has agreements with most of these countries.

Finally, with Brexit, Britain’s vision of a ‘special relationship’ with the USA, acting as a bridge across the Atlantic, has become less attractive, because Britain’s value for the US as a significant global player arguably diminished following Brexit.

When the UK joined the EU, Australia and New Zealand felt betrayed and abandoned by their ‘mother country’.

However, whereas New Zealand now views Brexit rather sceptically, Australia, in general, looks forward to new and promising foreign and trade relations. Britain is Australia’s seventh, and New Zealand’s sixth-largest trading partner, behind China and the EU27.

In mid-May, London offered Australia a post-Brexit trade deal, including a transition to zero quotas and tariffs over 15 years. This was seen as a victory by the Brexiteers, but at the same time, the deal prompted alarm among British farmers, who are worried about the prospect that large-scale Australian beef and lamb exports could undercut their prices.

The National Farmers’ Union warned that post-Brexit trade deals could cause ‘irreversible damage’ to British farmers, since British agriculture had been protected by the EU Common Agricultural Policy since 1962.

In short, it is already questionable whether the UK will be able to pull itself up by its bootstraps, out of the interlocking difficulties caused by the pandemic and Brexit, without the tried and tested cooperation with the EU.

Whether Britain, on its own, will have the means to assist its CANZUK allies to cope not only with the consequences of the pandemic but also with the impact of Brexit, is even more unlikely.

By Dirk Kohnert, former deputy director of the Institute of African Affairs at the German Institute for Global and Area Studies (GIGA-Hamburg). Dirk’s recent article on the impact of Brexit on CANZUK, and a more detailed biography, are available here.