Brexit and crisis management: no deal and the future relationship 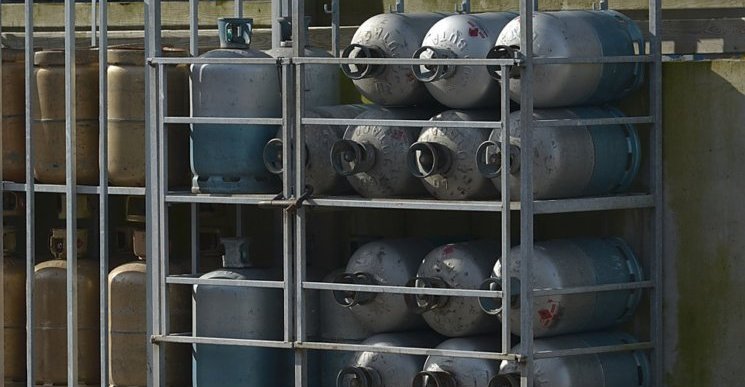 With a ‘no deal’ Brexit still a distinct possibility, the UK has been engaging in contingency planning over the last few months to cope with some of the likely negative consequences.

Many Leavers have attacked these preparations as the latest episode in project fear, designed to scare parliamentarians and the public and persuade them to support the Prime Minister’s withdrawal agreement.

Meanwhile, many Remainers have claimed that contingency planning is a colossal waste of taxpayers’ money that highlights the folly of any kind of Brexit.

The fact that both sides are united in opposition, but no consensus has yet emerged about a way forward suggest to us that is time to finally move beyond tired and simplistic rhetoric.

Crisis preparations are essential to try and mitigate short-term risks across different policy areas and build long-term resilience. Any government that fails to prepare for foreseeable problems is negligent and should be subject to damning criticism.

The question shouldn’t be whether the UK should make contingency plans for no deal Brexit. Instead, it should be whether the UK is adequately prepared for managing this outcome and whether and how it can handle crisis situations once it is no longer part of the EU.

These are two questions we attempt to address in our research, published by Policy Scotland. We examined two ‘critical’ areas for crisis management – pandemics and gas supply disruptions – where failure to develop robust contingency plans can have a negative impact on human life and vital infrastructure.

Rather than focusing on contingency planning specific to Brexit, we instead assessed the arrangements that the UK already had in place prior to the 2016 vote for dealing with pandemics and gas supply disruptions, and used this as a basis for assessing whether the UK is adequately prepared in the event of no deal. This is because any crisis response on withdrawal day will be shaped by the approach set out in these pre-existing plans.

Prior to Brexit, the UK already monitors foreseeable risks and sets out plans which define roles and responsibilities in the case of a disease outbreak or a gas supply deficit. These involve a wide range of public and private bodies, who are responsible for many of the practical aspects of crisis response.

The UK government, specifically the departments responsible for health and energy policy, coordinate these different bodies in most situations but may escalate this to the Cabinet Office if there is a particularly severe threat that requires a more high-level response.

Where they differ, is in the degree to which they are ‘Europeanised’. The EU has expanded its role in crisis management over the past two decades, reflecting the transboundary nature of many threats and risks.

While responsibility for crisis management is shared between the EU and its member states in both cases, responses to pandemics involve greater levels of cross-EU coordination, information exchange and institutional infrastructure than in responses to gas supply disruptions. This is one reason why the adequacy of no deal preparations differs between these sectors.

Let’s start with the good news. The UK does not face a serious risk of gas supply disruptions. Gas trade should continue between the UK and EU but without the efficiency benefits of being part of the internal gas market.

Even if supplies couldn’t flow for any reason, the UK is not dependent on the EU for large quantities of gas, nor should it require assistance from the EU in the event of a crisis.

The UK has both a responsive gas market and ample infrastructure to import liquified natural gas (LNG) to make up shortfalls. While these supplies would be expensive, they would be sufficient to deal with most foreseeable crisis scenarios.

And now the not so good news. The UK is less prepared to handle pandemics. Supplies of medicines during a crisis are at risk in the event of no deal because the UK will no longer be involved in the European Medicines Agency. This is compounded by the UK government instructing NHS organisations, GPs, community pharmacies, and patients not to stockpile medicines.

The UK will also have less access to information warning about emerging threats to human health posed by infectious diseases as it will no longer be involved in the European Centre for Disease Control.

Brexit has also proven to be a distraction from global health security initiatives and prevention efforts, which has increased the risks facing the UK despite the robustness of its own crisis response arrangements.

Looking forward, the UK will have to adapt its approach to crisis management once it is no longer part of the EU. The most important change will be in how the UK and EU seek to cooperate in the future. Many risks and vulnerabilities, including those we examined in this research, are not neatly confined within national borders and Brexit will not change that fact.

The UK and EU will continue to trade gas and transnational disease outbreaks will still occur. This shouldn’t be a cause for alarm, but it ensures that there remains a mutual self-interest in cooperation on crisis management.

Our concern is that the relationship will be imbalanced. The UK has enjoyed considerable influence in both pandemics and gas supplies due to its recognised expertise in these areas but in our research we found evidence that the UK’s influence has already declined and that decline is likely to accelerate post-Brexit.

If the UK wants to protect itself from the negative consequences of EU health and energy regulations that are not in its interests or to cooperate with the EU to reduce the risks posed by crisis situations, it will need to invest considerable resources and find new avenues for influence.

If that is to happen, crisis management will need to feature much more prominently in negotiations and public debate about the future UK-EU relationship than it has to date.