Brexit and fair movement of people 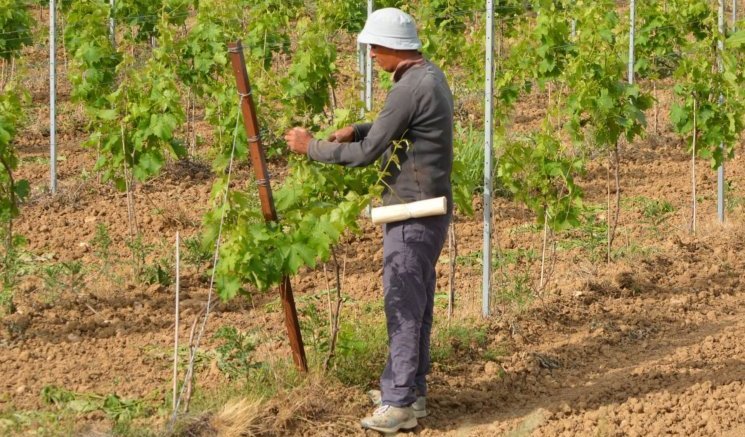 The Welsh government has today published its position paper, “Brexit and Fair Movement of People”. I (and my colleague Giuseppe Forte), working with the Public Policy Institute for Wales, are responsible for some of the analytical background, published as Annex C of the paper.

By coincidence, this comes just a couple of days after the leak of a Home Office draft paper on the same topic. It is perhaps somewhat unfair to compare the two – the Welsh paper is an official document, while the leak is of a work in progress, albeit one that is relatively complete and well advanced.

However, the contrast is striking, particularly in tone. The Welsh paper emphasises the positive impact of immigration in general, and free movement in particular, on the Welsh economy; and the consequent risks resulting from the end of free movement after Brexit.

Crucially, unlike almost anything one hears from government Ministers on this topic, the analysis is actually based on evidence: hardly any UK economist working in the area would disagree with the broad thrust of this passage:

“Immigration overall has a positive effect on the economy: it is shown to increase productivity and is connected to projected increases in the UK’s GDP. Studies show a broadly positive impact of immigration in the UK, although some studies have seen limited negative impacts on wages, in areas where there is a rapid increase in immigration. We believe that wages are only part of a much wider picture in relation to reduced real earnings – driven by inflation, low productivity and austerity policies.

Exploitation of workers is part of this: here, immigration is not the issue, but unscrupulous employers. Immigration can, of course, lead to some increased demands on public services. Overall however, immigration creates a net benefit for public finances, due to the increased tax revenues of migrant workers. In the longer term, migration can play an important role in helping to address issues related to our ageing population in Wales”.

On policy, the paper makes familiar, but sensible points about the arbitrary nature of the net migration target, and the economically damaging impacts of the government’s attempts to reduce the numbers of foreign students coming to the UK and to Wales. Going forward, it stresses the need to give EU citizens currently resident in Wales certainty about their future rights status, noting that “migration is not just about individuals but about families too”.

On the future of free movement and EU migration after Brexit, the paper is necessarily vague. It calls for a “flexible, but managed” approach to migration, which is linked more closely to employment, and is consistent with full and unfettered access to the single market. This would mean modifications to the current operation of free movement, while preserving the underlying principle of an integrated European labour market.

This would not be easy – and the paper contains no detail – but, as many analysts have pointed out, while free movement is an integral part of the single market, that does not mean that governments cannot regulate and manage it, nor that changes which respect the fundamental principles are impossible.

Squaring this circle will be exceptionally difficult, and would require political will on both sides of the Channel which does not exist at present, but that does not mean that it is necessarily impossible. In any case, we won’t know unless we try. I and colleagues will be producing more detailed analysis on this vital point – looking at the issue in a UK-wide context – shortly.

The paper also notes that the current direction of government policy – as highlighted in the leaked Home Office paper – goes in a very different direction, with potentially damaging economic and social consequences for Wales and the UK as a whole; and says that if that is the case, then Wales (and implicitly other nations and regions of the UK) should have greater freedom and flexibility over immigration policy:

The UK Government’s future system for immigration for EEA and Swiss nationals to the UK after Brexit is not yet known, but previous signals from the UK Government have focused on reductions in numbers, whilst speculation over a future system has included reference to sector based schemes and salary thresholds.

We do not believe that these sorts of restrictive approaches would be in Wales’ best interests. Should the UK Government pursue a restrictive immigration policy which would be detrimental to Wales, we would explore options for a spatially-differentiated approach that would be more fitting to Wales’ needs and interests

This is sensible; while regionally differentiated migration policies are not necessarily the best outcome from an economic perspective, they are perfectly feasible administratively, and if they make it easier from a political perspective for at least some parts of the UK to pursue more sensible policies, then they are certainly preferable to the imposition of restrictive policy by Whitehall and Westminster.

Overall, the Welsh government paper is very useful; while it certainly does not have all the answers on immigration policy after Brexit, it is a constructive and evidence based contribution to the debate, which recognises both economic and political reality. It would be welcome if the UK government followed suit.

By Jonathan Portes, associate fellow at The UK in a Changing Europe and Professor of Economics and Public Policy at Kings College London.