Brexit and financial services beyond the City 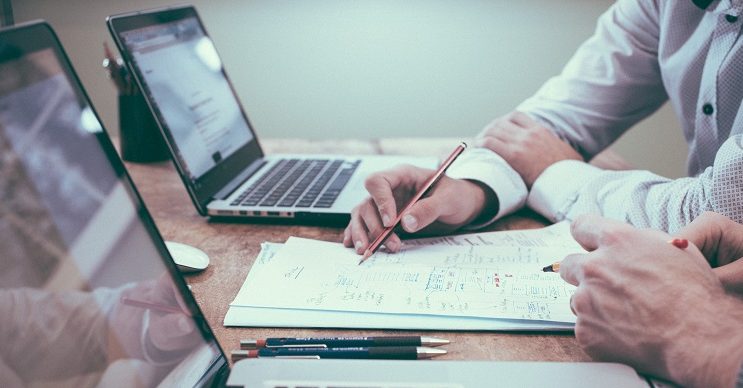 The impact of Brexit on the UK’s financial services sector has resurfaced in recent days as the UK-EU trade negotiations continue.

However, the focus remains, implicitly at least, on the impacts of Brexit for financial services in the City of London. This makes sense given the City’s role as a global financial centre.

But there are significant clusters of financial services in other UK cities that will also be affected by decisions on issues such as equivalence, regulatory alignment and the ability of UK firms to access the single market, as well as the ease with which closely related professionals such as lawyers are able to travel to the EU for work.

More attention needs to be paid to the impacts of Brexit on clusters of financial services firms based in cities like Edinburgh, Leeds and Bristol for a number of reasons.

First, financial services, and related activities such as legal services, are an important source of well-paid employment in several towns and cities.

For example, around 31,000 jobs are linked to financial services in Manchester, 26,000 in Leeds and 24,000 in Bristol. As a result, any contraction in financial services employment will have an impact on these regional economies.

Second, research shows that financial services outside of London have typically been more adversely affected by previous significant changes in financial markets, such as the 2007 financial crisis.

This suggests that regional financial clusters may find it harder to adjust to financial services trading relations outside of the single market than the City.

Third, in many ways, the concentration of banking and finance in London underpins the UK’s highly regionally uneven growth model in which the economic fortunes of London and the south east of England have increasingly diverged from the rest of the country.

Any relative contraction in finance outside of London is likely to further this divide and does not sit easily with the government’s stated aim of spreading growth more evenly after Brexit and Covid-19.

Financial services in Scotland clearly show the issues involved. Scotland is the UK’s largest financial centre outside of London: it is estimated that financial and related professional services account for 9.4% of the Scottish economy with employment being particularly concentrated in Edinburgh and Glasgow.

In Edinburgh, a conservative estimate of employment in financial services stands at 37,000 people, or 10.7% of the workforce. Broader estimates put that figure at approximately 50,000.

Indeed, Edinburgh employs a larger proportion of people in financial services than anywhere in the UK other than the Square Mile and Tower Hamlets.

Significant numbers also work in financial services in Glasgow with 24,500 employed (six percent of the workforce), or close to 40,000 with a broader measure.

Other areas have a large concentration of employees in the financial sector, such as West Dunbartonshire, which has 6.7% of its workforce employed in financial services.

Edinburgh rose 12 places in the 2020 Global Financial Centres Index to be ranked as the 17th most important financial centre in the world, and is the home of the global headquarters of the Royal Bank of Scotland and Scottish Widows.

In common with the rest of the UK, some of Scotland’s domestically focused financial services are not traded with the EU and hence are not significantly impact by Brexit.

However, some are, and financial services are Scotland’s largest service export. As Chart 1 shows, they accounted for £6.3 billion of exports in 2017 (the latest date for which data are available).

There are early signs that Scottish financial firms are beginning to plan for a future outside of the single market. For example, Scottish Widows transferred its European portfolio to a new legal entity in March 2019.

Standard Life Aberdeen has opened a portfolio management and distribution services in Dublin to service clients in the EU27.

And Royal Bank of Scotland began operating a banking entity in the Netherlands in March 2019 to serve non-UK EEA customers.

At the corporate level, these moves present new market opportunities outside the UK for the firms involved.

However, it is important to monitor how the regional transformation of banking and finance brought about the UK’s departure from the single market impacts on towns and cities across the UK both in terms of employment and the ability of other sectors in these regions to access finance and hence stimulate economic recovery after Brexit.

By Sarah Hall, senior fellow at the UK in a Changing Europe and Martin Heneghan, research fellow for ‘Financial services in a changing Europe: Brexit and financial centres across the UK’ based at the University of Nottingham.