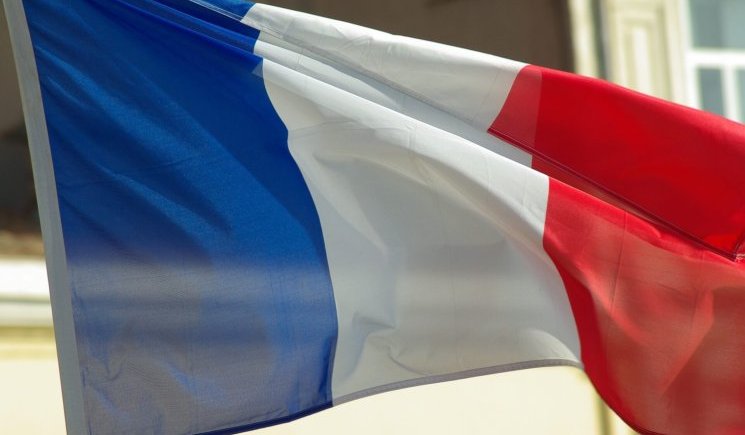 The mood of frenetic agitation that has surrounded politics in France since the outbreak of the scandal surrounding presidential candidate François Fillon’s allegedly fictitious employment of his wife as his parliamentary assistant, as well as the uncharacteristic range of candidates on offer has made it difficult for commentators to get a firm grasp on the 2017 presidential election. But it is certain that Brexit has made France’s place in the EU a core issue for the main candidates.

Although they have generally been regarded as ‘good’ Europeans, and the Brexit vote was met in France with general consternation, there has always been an undercurrent of French Euroscepticism, or souverainisme. While the narrow victory of the referendum on the Maastricht Treaty in 1992 and the rejection of the European constitution in another 2005 referendum are well known examples, there have been European parliamentary elections (notably 1994, 1999 and 2014), where a large slice of the French electorate has expressed it discontent with the EU.

In France, Euroscepticism is by no means the exclusive province of the far right. But it has never been as pervasive across the political spectrum as in this year’s presidential election.

Imagine, if you will, a simple horizontal line with five points on it from left to right, each representing one of the main candidates. From left to right, they are Jean-Luc Mélenchon (on the far left), then Benoît Hamon, the surprise winner of the centre-left Parti Socialiste primary. In the centre is Emmanuel Macron, a former civil servant, investment banker and finance minister who has set up his own movement, called ‘En Marche!’.

To his right is François Fillon, candidate of the right-wing Les Républicains and their centre-right allies. And at the far-right end is the Front National’s Marine Le Pen. If we were to colour the line in blue, with the deeper colour indicating the commitment of each candidate to the EU, we would find a deep blue at its centre, rapidly becoming paler as we approach the extremes.

On the ‘left of the left’ Mélenchon is a charismatic populist, a former member of the Socialist Party and a junior minister under Prime Minister Lionel Jospin, who shared with him a deep mistrust of the EU. Jospin once said that he supported Europe as a ‘social space’ and not as a liberal market free-for-all.

In 2005, Mélenchon broke with the formal party line to oppose the ratification of the European constitution and in 2008 he quit to form his own party, the ‘Parti de Gauche’.

One of the party’s tenets was to oppose globalisation, which Mélenchon identified as the prime source of French social and industrial malaise. In 2012, supported by the French Communist Party Mélenchon polled 11% of the vote in the first round of the presidential election. Now he is back (if he gets the required signatures to stand) and polling a similar score with a coalition known as La France Insoumise, a name that is difficult to translate, but could be rendered as France in revolt or that refuses to give in.

The ‘revolt’ in question is against globalisation and austerity, for whose social impact he lays the blame squarely at the door of the EU. Mélenchon’s election programme is clear on the matter: he aims for a renegotiation of the EU treaties and, if that is not satisfactory, withdrawal from the EU.

Of all the candidates, Mélenchon is the only one whose programme makes any specific reference to Brexit, arguing for a deal with Britian that does not ‘punish’ the British people.

While Benoît Hamon shares the broad analysis of the European problem, he sees Mélenchon’s threat to ‘renegotiate or we leave’ laughable. Hamon has been working with renowned economist Thomas Piketty on a plan to relaunch the EU through the creation of a democratic assembly for the Eurozone, based on delegates from national parliaments and an open discussion of policy. For Hamon, Europe remains France’s future, as it was for François Mitterrand, but it needs radical re-focussing, democratisation, and focus on green issues.

Hamon is deeply critical of Macron’s avowedly pro-European position, which he sees as tinkering at the margins through a vaguely reformist programme. Nevertheless Macron is the only candidate who has managed to make it clear that he is the candidate of France in the EU, and this appears to have paid dividends among the electorate and in securing the support of the independent centrist François Bayrou.

It may also help to swing conservative voters who share the view expressed by former Prime Minister Alain Juppé, during his short speech on Monday 6 March announcing that he would not stand as candidate, deploring François Fillon’s failure to place Europe at the centre of his programme, but rather appearing, at least rhetorically, to be fighting a campaign closer to Le Pen’s.

Macron has, however, been clear on his position regarding Brexit. When he visited London in February and met PM Theresa May, he made it clear that, for him, out means out and no special arrangements.

Part of Fillon’s problem is that he has never quite shaken off the original sin of voting against the Maastricht Treaty. Fillon, like Hamon, is keen to focus on the Eurozone, but instead of democratisation, he envisages a higher degree of oversight for national governments.

He does share with Le Pen a desire to tighten up controls in the Schengen travel area, but like Hamon, sees defence and geopolitics as key challenges for Europe in the new world order. Like Le Pen, it is his intention to renegotiate the EU treaties and then put them to a referendum, though over what exactly and with what possible outcome is not clear by any means.

It is, of course, one of the great ironies of politics that the only elections Marine Le Pen can actually win are the ones to an institution she deplores. France’s salvation, according to her, lies in France leaving the EU and replacing the Euro with a new franc. Her programme alludes to renegotiation ahead of a referendum, but it is very difficult to imagine on what terms Le Pen would seek to renegotiate: Frexit lies at the heart of every aspect of her 144 promises.

Essentially, the shutters would come down as Le Pen instates a policy of ‘intelligent patriotic protectionism’ to create a virtuous economic circle in which the state uses all the levers at its disposal to resurrect the national economy without interference from Brussels.

Le Pen may well not win the election, but there is a profound sense in France that something must change if the European ideal is to last much beyond the imminent declaration of Rome. French uncertainties about their own future in the EU make it difficult to fathom how they will approach Brexit negotiations.

By Dr. Paul Smith, Associate Professor in French and Francophone Studies at the University of Nottingham.