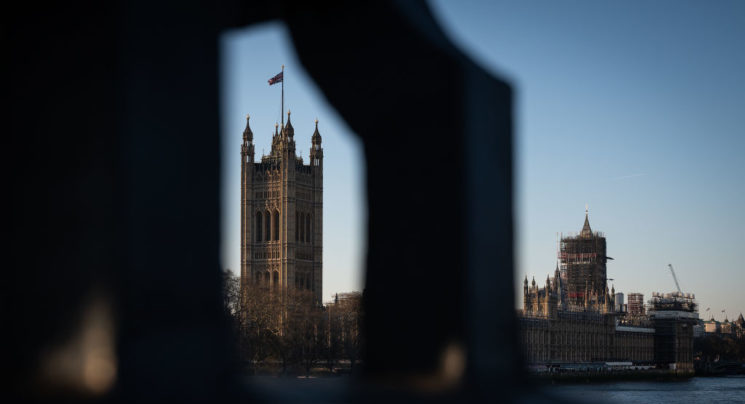 The existing devolution arrangements developed within the framework of EU membership, and many devolved policy areas have a European dimension.

Agriculture and environmental standards are good examples, and as the UK leaves the EU’s regulatory regimes powers should – at least in principle – return to the devolved level as well as Westminster.

The next phase of the Brexit process will therefore be of considerable interest not only to members of the UK Parliament, but also to members of the devolved parliaments in Northern Ireland, Scotland and Wales.

The UK’s future trading relationships with the EU and with non-EU countries will be of crucial importance to key industries in the devolved territories, will require implementation by the devolved governments, and will play a part in determining the future scope of devolved powers.

Given this, parliamentary committees in Scotland and Wales have argued that devolved institutions should have a significant input into the UK government’s negotiating positions.

In addition, it is envisaged that by the end of the implementation period ‘common frameworks’ will have been agreed by the UK and devolved governments to govern policy divergence in those areas that are devolved but were previously subject to and constrained by EU law.

There has already been a significant amount of intergovernmental work on these among officials, but further – potentially tricky – negotiations involving ministers will be needed before they are finalised.

There is also a major devolved interest in the details and administration of the ‘Shared Prosperity Fund’, due to replace EU structural funds – which have been an important source of funding for the devolved governments.

With the implementation period due to last less than a year, Parliaments will need to be pro-active if they want to influence decisions that will have substantial consequences for the UK’s territorial constitution.

It can be expected that scrutiny of the respective governments’ positions will be initiated in each of the legislatures.

But as these issues will lead to unprecedented levels of joint working between the four governments, there is a strong case, previously made by committees in each of the Commons, Lords, Scottish Parliament and National Assembly for Wales, for the work of individual parliaments to be supplemented by interparliamentary coordination.

This could strengthen the collective voice of parliaments vis-à-vis governments, avoid excessive duplication, and help to draw the attention of Westminster politicians to important issues that they might otherwise overlook.

But to get buy-in from across the different parliaments it is essential that any interparliamentary work respects the autonomy of each Parliament, and is conducted in a way that is genuinely reciprocal and without hierarchy.

The IPFB’s meetings are attended by members of committees from across the UK’s parliamentary chambers with remits covering constitutional issues, EU affairs and delegated legislation.

Between 2017 and 2019, it met eight times, with the location rotating. It initially concentrated on the devolution issues that arose during the passage of the EU (Withdrawal) Bill, but more recently its agenda has broadened to include common frameworks and the role of devolved
institutions in future trade negotiations.

It is in the spirit of information exchange and knowledge building that the IPFB has thrived. Reflecting this, it does not undertake any formal scrutiny and meets in private – including with ministers.

It has started to develop something of a common voice for parliaments – through sending letters to UK government ministers highlighting areas of joint concern following its more recent meetings.

While IPFB participants are positive about its role to date, the new phase is an opportunity to consider whether there is now a case for developing a scrutiny dimension to Brexit-related interparliamentary relations.

Common frameworks are likely to be particularly suitable for this. It is envisaged that some frameworks will be legislative (requiring primary legislation at Westminster, and subject to legislative consent motions in the devolved parliaments), but the majority will take non-legislative forms and so not be subject to any formal scrutiny process.

As these will apply across the UK (or in some cases Great Britain), consideration might be given to establishing an interparliamentary dialogue to coordinate scrutiny as negotiations take place among governments and drafts are published.

Its role could be analogous within the UK to that of COSAC (the EU body which brings together the EU committees of the parliaments of the member states) in relation to EU affairs. This could emerge informally, building on the relationships that have developed through the IPFB.

Some individual frameworks, or the frameworks process as a whole, are likely to be suitable subjects for joint evidence sessions, inquiries and/or reports involving individual committees from across the different legislatures.

There is precedent for committees from the Scottish Parliament and National Assembly for Wales undertaking such joint activities with House of Commons committees.

In the Commons, arrangements have recently been introduced to enable a member of one select committee to attend meetings of another as a guest where there are overlapping interests.

This model could be extended to include guests from equivalent committees in the devolved parliaments as a low-resource form of interparliamentary cooperation.

If this happened, it would make sense for the arrangement to be reciprocated, allowing members of Westminster committees to also attend devolved committees.

There have previously been calls for a more formal interparliamentary body. This was championed by the Commons Public Administration and Constitutional Affairs Committee (PACAC) when chaired by Sir Bernard Jenkin, as well as by the House of Lords Constitution and EU committees.

The IPFB itself has suggested formal structures should be explored. However, there is not yet agreement among all of the key actors.

Within the devolved parliaments, in particular, there is some concern that this might constrain the ability of committees in each Parliament to conduct their own scrutiny.

There are also unresolved questions about exactly how a formalised interparliamentary body would be structured and composed, what roles it would perform and how it would be staffed and funded.

It therefore seems unrealistic that any such body will emerge during the next phase of Brexit; though in the context of the expected increase in joint policy making among governments, calls for such a body are unlikely to disappear in the longer term.

By Jack Sheldon, Researcher, Bennett Institute for Public Policy, University of Cambridge and Fellow, Centre on Constitutional Change and Hedydd Phylip Doctoral Researcher, Cardiff University. This piece was taken from the Parliament and Brexit report.