Brexit and NATO: an essential piece of the puzzle 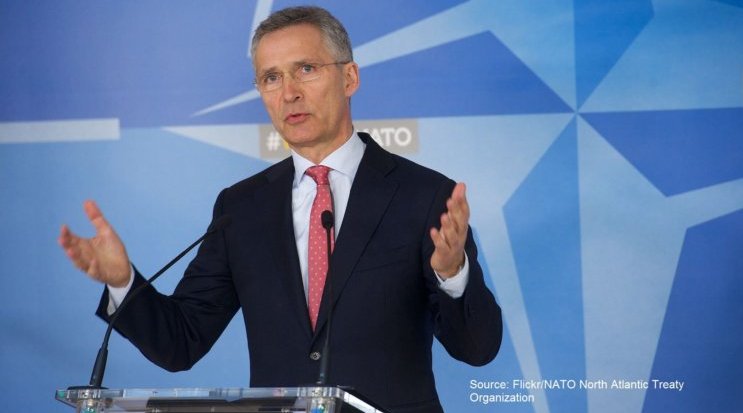 Experts and commentators predominantly look at the impact of Brexit on future trade relations with the EU and the rest of the world, the Irish border and the free movement of people. However, it is important not to lose sight of the fact that Brexit also poses new challenges, as well as opportunities, for British and European security and defence cooperation.

In theory, Brexit has nothing to do with NATO. The North Atlantic Alliance is independent from the EU, it has a different mission and it is composed of sovereign member states. Yet, the overlap between the two organisations’ membership and the developing role of the EU in the fields of security and defence mean that Brexit may potentially have an impact on the UK’s standing within NATO.

Since the Referendum, the UK government has repeatedly clarified that “We have voted to leave the EU, not Europe”. The fact that this has become the most consistent sound bite coming from Whitehall suggests that British leaders are aware of the need to reassure their NATO allies about the UK’s unwavering commitment to European security and defence.

They know that is essential to make sure that Brexit is not seen as a turn towards isolationism and disengagement – hence the slogan ‘Global Britain’. NATO Secretary General Stoltenberg duly echoed the message and reassured the allies that the UK’s “position in NATO remain unchanged”.

It has been more than just words. Over the past few years, the UK has played a leading role within NATO. It has continued to upgrade its military, it has taken part in joint military exercises, and – crucially – It has been one of a handful of members to uphold its commitment to meeting the 2% defence budget.

In addition, the UK has been among the first NATO members to send battle groups to the Baltic Republics as part of Enhanced Forward Presence.

Real challenges, however, remain. It has been argued, for example, that the negative economic implications of leaving the EU customs union and single market could – at least in the short and medium terms – affect the value of the pound and reduce Britain’s ability to meet its defence expenditure obligations in real terms.

Politically, an ill-tempered withdrawal from the EU could sour relations with the European allies and this could potentially spill over into the North Atlantic Council. Even if the withdrawal is less acrimonious than some expect, the political and bureaucratic strain of disentangling the UK from the EU and of launching a plethora of new trade agreements will inevitably divert attention and absorb vast resources.

Brexit will certainly occupy British policy makers and civil servants for years to come. Little bandwidth and political capital will be left for proactive engagement and leadership within NATO.

This could lead British negotiators to see this as a “bargaining chip” to leverage in Brexit talks. However, this approach would risks alienating EU partners and damaging the security of both sides.

In March 2017, Theresa May’s attempt to link security cooperation with the Exit Bill did not play out well. For the same reason, any EU punitive approach would likely push Britain further away.

The point is that Brexit is happening at a time in which NATO and the EU are drawing closer together. The EU-NATO Joint Declaration signed at the Warsaw Summit in 2016 consolidated existing collaboration and paved the way for closer cooperation in defence and security.

This commitment was expanded in December 2017 to include military mobility, information sharing, and promoting the role of women in peace and security. The current trajectory of closer EU-NATO partnership in security and defence will inevitably shape Britain’s future relations with the EU.

The British government says it is seeking a security relationship with the EU that is “as close as possible to being a member state”. While it is still too early to gauge what form this new relationship will take, the intention to preserve as much of the current arrangements as possible is clear.

It is doubtful, however, that this commitment will go as far as to include full participation in the Permanent Structured Cooperation (PESCO) defence framework, recently approved by the European Council.

Representations of PESCO as a ‘EU army’ in some sections of the British press are exaggerated. PESCO is about consolidating existing cooperation rather than embarking on a new, ambitious, and controversial project.

Any capabilities developed through PESCO will in fact remain owned and operated by member states. They will not be ‘EU assets’ and as such they will not be able to form the basis of an ‘EU army’‘. For these reasons, NATO has welcomed PESCO and Secretary General Stoltenberg saw it as a step to “strengthen the European pillar within NATO”.

In order to retain influence, the UK might opt in to selected EU initiatives to prevent loss of influence at a time in which NATO and the EU intensify their cooperation. However, as things stand at the moment, third-party states may only participate following a decision by Qualified Majority Vote of those EU member states fully signed-up to PESCO.

In addition, as a third party, Britain would have no decision-making rights over the direction of PESCO, or over specific projects. These issues may end up undermining interest from the British side. Certainly, they will make it very difficult, if not impossible, for Britain to lead any of them.

There is a clear need for sustainable post-Brexit solutions in all aspects of defence and security. There is little reason to doubt that the UK will continue to exert influence through NATO.

Yet, once the UK leaves the EU, it will no longer have the ability to drive cooperation from both sides – unlike France and Germany. The question remains as to whether this will undermine relations with the United States, who may prefer to focus on those countries that have a strong voice in both NATO and the EU.

While Brexit has officially nothing to do with NATO, closer NATO-EU cooperation means that continued UK-EU collaboration will remain an essential peace of the puzzle.

By Dr Linda Risso, Senior Research Fellow at the Institute of Historical Research.