Brexit and public opinion: cities and towns- the geography of discontent 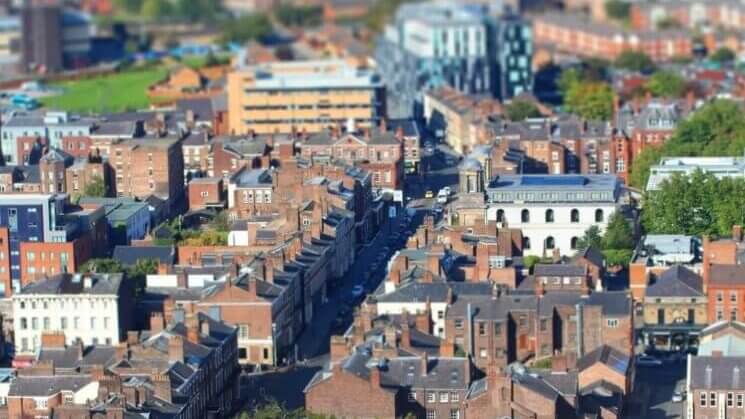 The road to Brexit was a product of economic disillusionment, political alienation and social changes that have created conditions ripe for the emergence of a politics of resentment that is shaping our politics and putting extreme pressures on our institutions.

Stark geographical disparities in the experience of different communities provide a foothold for the politics of resentment, because groups who lack direct contact and knowledge of one another can be exploited to see ‘the other’ as a focus for blame and antipathy.

These forces helped drive the Brexit vote and are reshaping post-Brexit politics. Citizens are coming to terms with their changed standing through the prism of
place, and political parties of all persuasions are weaponizing this divide.

The Conservatives made inroads in smaller towns like Mansfield, whereas Labour racked up gains in cities. In order for Labour to secure a parliamentary majority it must win seats in England’s towns.

One of the key features of the politics of resentment is that in small towns and rural places in particular, people express feelings of not getting their “fair share”, of being excluded from political decision making and of feeling that interests are being side-lined as other groups (often minorities) are given priority by political elites.

In many regards, this politics of grievance found expression in the Brexit votes’ rejection of the political establishment, its attachment to English national identity, and scepticism of experts’ warnings of the economic costs of leaving the EU.

Today’s divided politics thus not only reflects differences in identity and cultural outlook, but also the long-term social and economic changes that have led many people to live worlds apart in terms of their attitudes and everyday experiences.

People in more densely populated areas – major cities – are less likely to agree with the statement that ‘things were better in the past’. In contrast, the residents of sparsely populated rural areas and small towns are more prone to expressions of nostalgia.

People in cities feel that they used to be more central or important to society than people in towns – with 48% saying they or people like them were less central to British society thirty years ago, compared to 61% in towns.

When asked how central they felt presently, in 2017, this number was 12% higher – and the gap with towns had almost completely disappeared (60% vs. 63%). The new politics of resentment after Brexit is that a majority of the residents of both towns and cities now perceive themselves to be less central to British society than they were in the past. 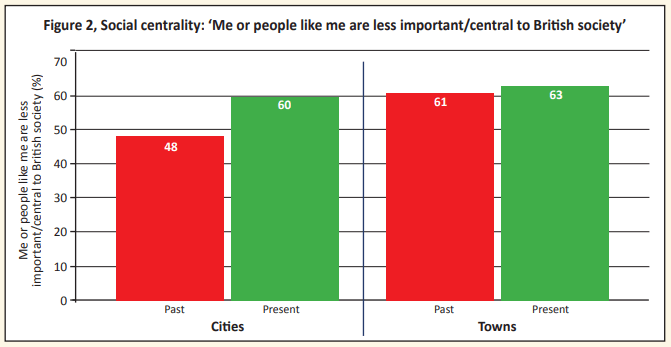 Similarly, the residents of towns were more likely to agree with the statement that in the past ‘politicians didn’t care about me or people like me’ thirty years ago (59% agreeing compared to 49% for people in cities).

Asked in 2017, there was little difference in the high level of negativity towards politicians (with 68% of people in cities agreeing and 70% in towns that politicians didn’t care about people like them now). 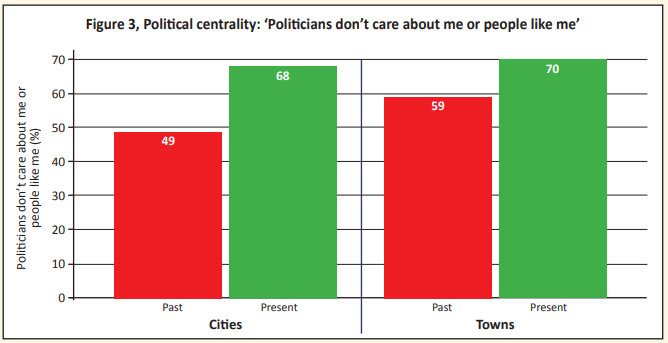 The residents of different places have, in some senses, been brought together by their resentment of their relative social status and political representation. However, there still remain distinct expressions of resentment and identity dependent on geography and place.

In the aftermath of the referendum, researchers have noted the crystallisation of political identities of ‘Remainers’ and ‘Leavers’.

There is a distinct geographical pattern to the formation of Brexit-based identities (using a survey item from the British Election Study Internet Panel from December 2016), with the residents of less densely populated rural areas and towns more likely to feel they have more in common with people who want to leave the EU, whereas the residents of major cities feel substantially less in common. 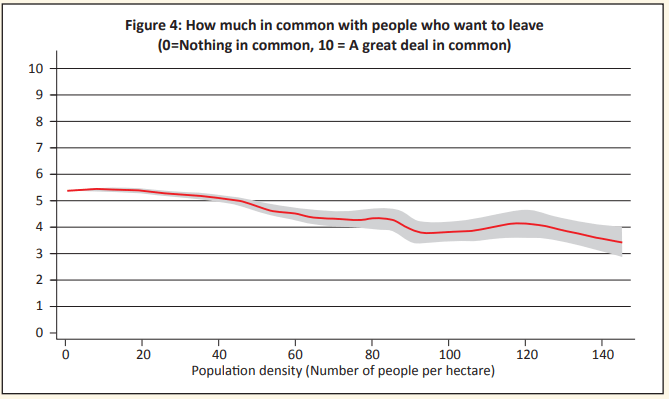 Together, these dynamics point to divisions in social attitudes and identities that vary by place. These align closely with the distinct demographic trajectories of towns and cities.

The emergence of a politics of resentment that has different expressions in different places is a concern for how Britain’s politics and democracy might restore some consensus in the aftermath of whatever shape Brexit takes.

Politicians continue to face cities and towns that see the dynamics of economic and social change differently.

However, they share an increasing sense they lack the social standing or political influence to do much about it.

By Professors Will Jennings and Gerry Stoker, University of Southampton and Ian Warren, Centre for Towns. This piece originally appeared in ‘Brexit and public opinion 2019‘.