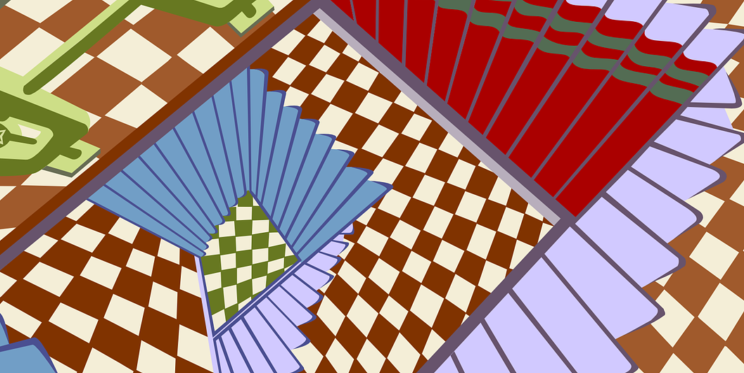 While the extraordinary events of the last couple of months have filled the Westminster bubble with heat and noise, the parliamentary calculus that has enthralled insiders will not affect public opinion much.

Instead it’s how we engage with the public on the realities of Brexit and the choices facing us that will matter most not only for our relationship with the EU, but the public’s view of our democracy. Two recent events suggest we’re set to have the same dysfunctional discussion with the public that we’ve had throughout the Brexit debate.

First, after some time out of the headlines, immigration was the top story over Christmas. Around 100 migrants were found on beaches or rescued from boats in the English Channel, sparking talk of a ‘crisis’ and ‘major incident’.

This provides yet another example of the way media coverage and political rhetoric fuel misperceptions about the scale, nature and impact of an issue that is central to Brexit.

For example, we think there are way more migrants in Britain than there really are. Surveys usually show we think around a quarter of the population are immigrants, when the actual number half that – around 13%. We think immigration from EU countries is nearly three times its actual level of 6%.

We’re most wrong on the impact of immigration. Large numbers of us think that EU immigration increases crime levels, reduces the quality of the NHS and increases unemployment among skilled workers – when the best available evidence shows none of those are true.

Given our mistaken belief in the link between immigration and crime, it’s no surprise we think immigrants make up more of the prison population than they actually do: we guess 34% of prisoners are immigrants, when the reality is 12% – in line with their share of the population. 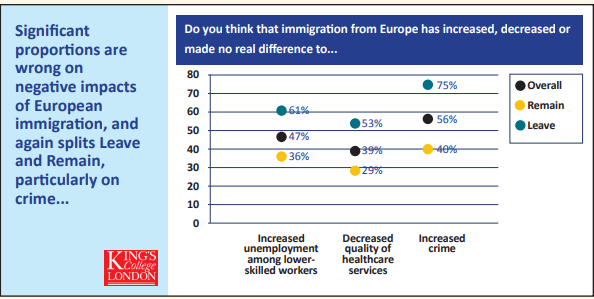 Old, debunked claims also refuse to die. Two-thirds of the public have heard the claim that the UK sends £350m a week to the EU, and 42% of these still believe it is true.

This is despite it being labelled a ‘misuse of statistics’ by the UK Statistics Authority. You can see why it’s tempting for some to believe that if we could just correct such errors in our thinking, other opinions will fall into line.

And that’s exactly what we see in my second depressing Brexit event of the last couple of months – Stephen Fry’s “Brexit: Facts versus Fear” video. It was reported by some as “perfect” – but that’s only the case if its aim was to congratulate those who already agreed with it.

The video provides an excellent outline of some of the key facts, for example, how immigrants pay more into public finances than they take out, and how they support the NHS through taxes and as a vital part of its workforce. And being clear about these facts is important.

Only 29% of the public think immigrants bring more into public finances than they take out, when their net contribution is actually £4.7bn a year. But the evidence suggests this simplistic myth-busting approach just doesn’t work, because it misses a large part of the point: that our misperceptions are often more emotional and personal than rational and national.

It is true that, at a macro level, immigration adds more to the economy than it takes out. But people don’t see that national impact, particularly in an age of spending cuts and wage stagnation.

People live in the micro, in their own communities, where they see individual job competition and more people waiting in their doctor’s surgery. When living standards for many have been decoupled from national growth, threats to future levels of GDP mean little.

More than that, the framing in the video ignores the wider concerns people had about the speed of change in their communities, beyond the economic and fiscal impacts.

The clear implication is “you only voted to leave because you were duped”, and therefore your own perceptions of your experience are worth little. This breaks many of the key tenets of communication when attempting to convince others, which generally involve starting from where people are.

When talking to a divided public on Brexit, we need to begin with an understanding that the economy is not working for many people, which has led to understandable anger; to recognise that there are clearly pros and cons to leaving, which helps explain why it was such a close vote.

We need to start by recognising that people are entitled to be concerned about the cultural impacts of immigration and for our national sovereignty more generally – but this does not mean politicians should avoid talking about the evidence of other benefits.

It is possible to build a positive fact-based case, as Nicola Sturgeon has increasingly done in the past year, appealing to ‘national self-interest’ by focusing on the contribution that immigrants make, particularly to an ageing society. Of course, there are limitations to this, as Angela Merkel has found in Germany.

But the UK as a whole is very far from falling into that trap, and is more characterised by the absence of major political voices making a positive case.

The tragedy is that this does not reflect the reality and variety of public opinion in Britain, which is more nuanced, balanced and increasingly positive about immigration than the loudest voices would lead you to believe. We need to tell the truth and trust the people.

By Professor Bobby Duffy, director of the Policy Institute at King’s College London. You can read the full ‘Brexit and public opinion 2019’ report here.