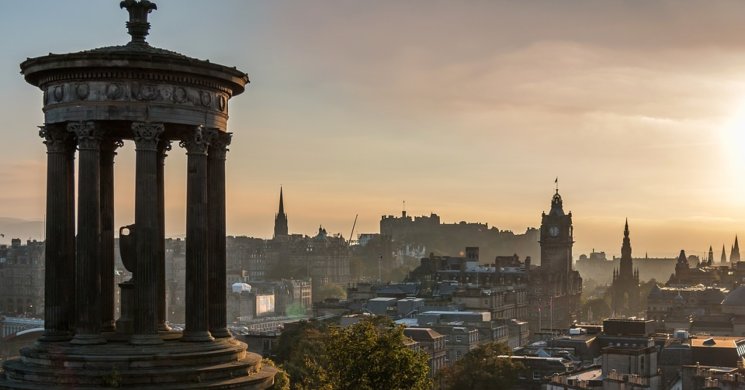 The outcome of the EU referendum seemed to represent a political opportunity for the nationalist movement in Scotland. A majority in the country voted to remain in the EU (62% to 38%), which was sharply at odds with the result across the UK as a whole.

There seemed to be no better illustration of the nationalist argument that, for as long as it remains part of the UK, Scotland’s ‘democratic’ wishes are at risk of being drowned out by the different political outlook of voters living south of the border.

Yet, so far at least, Brexit has not proven to be the constitutional game-changer that many had anticipated. Aside from a number of polls in the immediate aftermath of the June 2016 referendum, which found a small majority in favour of independence, attitudes towards Scotland’s constitutional future have proven to be remarkably stable.

Indeed, an average of the 13 polls of how people would vote in a second referendum on Scottish independence conducted in 2018 suggests that, after excluding ‘don’t knows’, 45% now back independence while 55% would prefer Scotland to stay part of the UK. These figures replicate exactly the outcome of the independence referendum held in September 2014.

However, the character of support for independence has undergone an important change as a result of the Brexit process. One feature of the September 2014 referendum was that, despite the SNP’s vision of independence occurring within a European framework (as Coree Brown Swan discusses in this report) and an intense argument during the campaign about whether an independent Scotland could automatically sign up as a member of the EU, people’s views on Europe made little difference to whether they voted ‘yes or no’ to independence.

However, the most recent SSA, conducted after the 2017 general election, uncovered a very different picture. Just 40% of eurosceptics said they would vote ‘yes’ in a second independence referendum, compared with no less than 60% of europhiles.

This Brexit divide has also had an impact on the pattern of party support in Scotland. According to SSA, around half of both eurosceptics and europhiles voted for the SNP in the 2015 UK election.

However, whereas the party’s support largely held firm among Europhiles in the 2017 contest, it fell by as much as 15 points (to 36%) among eurosceptics. This gap is also to be found in recent polls; on average, the eight polls of vote intentions in a UK general election conducted since August 2018 have found that 41% of Remain supporters currently say they would back the SNP, compared with just 30% of Leave voters.

At the same time, although the Conservatives registered an increase in support among both groups in Scotland, SSA suggests that this was much more marked among eurosceptic voters (14 points) than europhiles (4 points).

Support for the Scottish Labour Party, meanwhile, advanced evenly among both groups (4 points), with the level of support for the party remaining a little higher among europhile voters than eurosceptics. The relatively pro-Remain character of SNP support has been reflected in (and may well have been occasioned by) the party’s stance on Brexit.

Following the EU referendum, the party initially argued for a soft Brexit that would see the UK remain in the single market and the customs union – or at least for a deal that would allow Scotland to do so.

But the UK government has never shown any interest in such a step, and, after some hesitation, in October the party came out in favour of holding a second referendum on Britain’s EU membership in the hope that this would result in a reversal of the Brexit decision, with the Scottish Parliament also voting in favour of such a ballot.

Not surprisingly, the polls suggest that this idea seems to be relatively popular with SNP supporters. In late October 2018, for example, Survation found that 64% of those who voted for the party in 2017 supported the idea of ‘holding a People’s Vote – a referendum – asking the public their view’, while in December, Panelbase found that 71% of 2017 SNP voters would support ‘having a second referendum on whether the UK should remain in the EU’.

However, any referendum on the terms of the UK’s withdrawal from the EU might be thought to create a precedent for what should happen should Scotland ever vote to become independent. In such circumstances, it might be argued that, before they are put into effect, the terms of Scotland’s withdrawal from the UK should similarly be put to a second vote – a suggestion the SNP has always opposed.

Brexit has not made it any easier for Scotland’s nationalist movement to win any future referendum on independence. The more the SNP finds itself in the vanguard of the campaign to halt Brexit via a second referendum, the greater the risk that the party loses ground among the minority of its supporters who back Leave.

Yet if a second independence referendum is ever to be won, it could well be crucial that the party keeps its more eurosceptic supporters on board. Brexit looks like more of a balancing act than a springboard so far as Scotland’s nationalist movement is concerned.

By Ian Montagu, senior researcher at ScotCen. You can read the full report ‘Brexit and public opinion’ here.