Brexit and the challenges for analysts 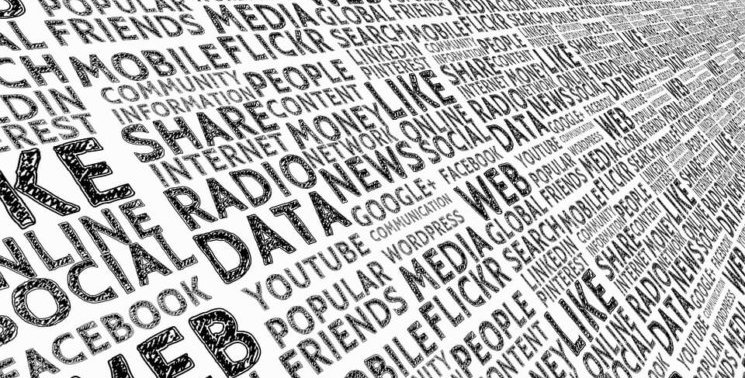 Taking forward Brexit has many challenges, and for analysts that has included tackling gaps that became apparent in our data and understanding following the Referendum.

Put simply, some data and information that wasn’t really needed prior to the vote, all of a sudden can become quite important to find, and to find quickly. Devising new, innovative and indeed unconventional ways of filling these knowledge gaps has quickly become the norm for many of our economists and statisticians.

Take, for example, the question of how many people cross the border between Northern Ireland and the Republic of Ireland.

In the context of the various political commitments to avoid a hard border this would be a fairly basic data need. Indeed many might imagine that such information would surely already exist.

However, prior to the referendum there was actually no active policy need for this sort of data to be collected beyond, perhaps, some traffic related data on a few of the main transport routes. Without that policy need, resources were not devoted to produce or collect the information. So the referendum outcome highlighted a data gap that then needed filling, and quickly.

Conventional approaches to filling such a statistical data gap would typically take significant time and effort. You could put a new question into a Census, but the next one in the UK isn’t until 2021 and the Republic of Ireland just had one in 2016.

Alternatively you might undertake a daily count or survey of crossing points. However, only 15 crossing points had traffic counters, and with 250 or more crossing points that is a lot of ground to cover and you still might be left with the question as to how do you gross up a sample of crossings points into an annualised population level estimate.

These sort of questions, and the need for data quickly, drives analysts to consider more unconventional methods, including approaches using other data that already exists, that can act as a proxy or be manipulated.

In this example a quick win was possible by using our Northern Ireland Transport Model. While designed for transport planning purposes it, nonetheless, offered two possibilities. Firstly it could model traffic flows at all those crossings where traffic count data did not exist.

That then paved the way to turn estimates of vehicles into estimates of people. So a bit of unconventional thinking allowed us to produce a first estimate, at a population level, of 110m people crossings per annum.

The Northern Ireland Life & Times Survey subsequently offered an opportunity to sense check the Northern Ireland share of that 110m estimate. For border crossings proximity matters, as those living in areas closest to it tend to cross it more frequently. Fortunately there was just about sufficient detail and coverage for the data to be scaled at a district council level to produce a good sense check of our first estimate.

With that early estimate surviving a first round of stress testing, attention turned to other sources of potential triangulation at a population level. One possibility was the data science capability within the UK’s mobile phone operators.

They frequently do studies of footfall in town centres or patterns of commuting around our cities. With that in mind we have asked some of the operators to gauge from their existing anonymised data sets the patterns and scale of cross border people movements, and whether this can feasibly be scaled to a population level.

The results of this latest work will be published later this summer, but it has allowed us to gauge our confidence in the original estimates and encouraged us to try novel approaches elsewhere where there are equally challenging data or knowledge gaps.

However, sometimes unconventional approaches to producing data is simply not enough on its own. On occasions the knowledge gap is of a particular type, and data can probably only go so far in satisfying that need. These situations are particularly problematic for analysts.

This time, take the example of a perfectly reasonable sounding request seeking information on UK or international supply chains.

But how do you source mass data on supply chains? Official business surveys collect information from individual firms, but these are discrete links in the chain and not the full product journey.

It is difficult to source data that tracks product journeys – a path that can go through several different businesses, with new component products being added at each stage, before ending up in a store or with a customer.

In some ways international supply chains are more amenable to measurement as the process of importing and exporting products generally creates certain administrative requirements that result in data being collected. This provides some scope to use mass data to better understand supply chains.

For example, distinguishing between intermediate and final goods can provide useful insight into those UK sectors that are reliant upon, or plugged into, international supply chains. We recently published some new material on cross border supply chains using a combination of this alongside a bespoke business survey on supply chain activity.

Although data is collected on products traded across borders, much less is collected on trade within countries, and so there is little data to show which domestic products, from where, are sold to other UK firms which then, at some point, go into a final product.  As a result tracking supply chains within the UK, using data, is rather difficult.

Sometimes we might need to accept those limitations, look beyond data and towards using case studies or industry knowledge to help address the gaps that the data could not fill in. Ultimately some information and insight is probably better than nothing.

There are many pressing demands for data and information at the moment. Often these will be in lesser explored or more difficult to solve areas, requiring some creative thinking. These are interesting and challenging times for analysts.

By Shane Murphy, Chief Economist in the Department for the Economy, Northern Ireland.