Brexit and the environment: what can we expect? 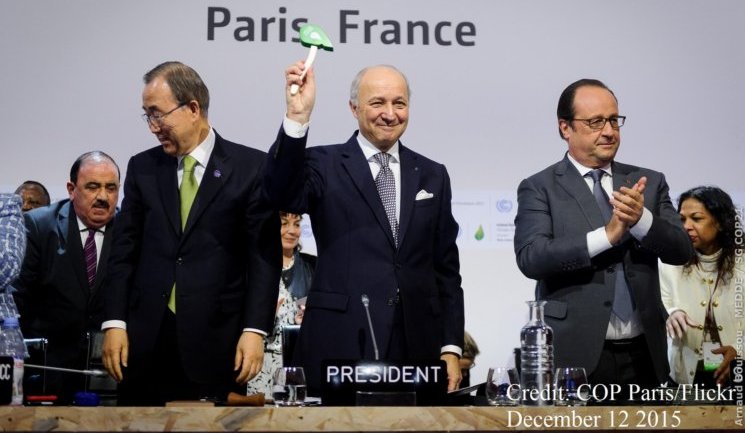 This year’s world environment day comes at a critical point for the future of global environmental governance as Donald Trump has turned his back on the Paris climate accord. The European Union (EU) responded robustly to Trump – making clear its on-going commitment to the Paris agreement and its willingness to work with other US actors in order to achieve the goals of cutting greenhouse gas emissions.

However, UK Prime Minister May refused to condemn Trump’s actions publicly. Assuming that May’s Conservative Party goes on to win the UK General Election on Thursday, as the polls seem to indicate is likely, what can we expect from the UK government on environmental policy in the coming years? What will Brexit mean for the future of UK and EU environmental governance?

The first thing to note is that Theresa May has shown little interest in environmental issues. The environment was not mentioned in her speech launching her negotiating objectives for Brexit, and one of her first acts upon becoming Prime Minister was to disband the Department for Energy and Climate Change (DECC).

The Conservative manifesto commits the party to leaving the environment in better condition than they inherited it, and to continue to support some renewables and the 2050 carbon targets. However, the manifesto has been criticised for its support for fracking and for failing to spell out detailed plans for reaching the carbon targets, for reducing air pollution or for protecting nature. All these areas have been covered by EU regulation but will be repatriated following Brexit.

The government plans to adopt a Great Repeal Bill, which will in the short term maintain the EU’s environmental rules and laws in place via an exercise in which EU rules and regulations will be copied into the UK statute book. This move was a sensible one designed to address regulatory holes emerging post- Brexit.

However, Andrea Leadsom, the Secretary of State for the Environment acknowledged that a third of existing environmental rules will no longer apply, such as for example, policies that require reporting to the European Commission. Hence in a range of areas the EU’s governance architecture that has required the government to monitor and report upon the quality of the UK’s environment will no longer apply.

The external legal pressure to comply with rules and the recourse to legal action when the government does not implement rules will also no longer be available. Yet such external pressure has been central to driving up environmental standards in the UK and for holding the government to account, as for example in the case of air quality where Client Earth, a legal NGO was able to use EU legal processes to successfully pressure the government into bringing forward air quality plans.

The House of Commons Environmental Audit Committee has suggested that copying EU rules over without also putting in place an equivalent governance architecture runs the risk of ‘zombie legislation’, so called as it will be simultaneously alive on the statute book but effectively dead as there will be no mechanisms in place to secure its updating and implementation.

The House of Lords has also condemned the government as being ‘worryingly complacent’ about its readiness to cope with the environmental implications of Brexit, particularly with regard to the implementation and enforcement of UK environmental policy outside the EU’s environmental governance structures.

Another challenge for the UK relates to capacity and innovation: the UK government is not used to developing policies on its own anymore. The Department for Environment  Food and Rural Affairs has seen significant cuts in staff numbers raising questions about its ability to deal with the huge logistical challenge of Brexit, let alone developing new policies. Moreover, environmental policy is a devolved matter shared across the nations of the UK.

Currently, EU Directives set a minimum level of protection but member states can set higher standards if they so wish. Thus, within the UK, Scotland and Wales have more ambitious climate policies than England. Post-Brexit different policies are more likely to emerge across the four nations of the UK – unless, an agreement is struck to establish minimum standards.  Determining who decides those standards, and their level, is potentially challenging politically, especially in the face of newly assertive Scotland.

What will Brexit mean for environmental policy in Europe? The UK has recently emerged as a leader in relation to climate policy, largely thanks to the adoption of its pioneering climate change act. There were concerns raised during the referendum campaign that Brexit could destabilise the balance of opinion amongst EU environment ministers and see more sceptical voices hold sway in climate discussions.

The loss of UK international climate expertise from the EU climate negotiating teams was also identified as an issue of concern. However, May’s disbanding of DECC and failure to condemn Trump’s Paris withdrawal, suggest that the UK is surrendering its climate leadership position, and that its absence may not be a strongly felt as was initially suggested.

On wider environmental issues the UK has generally been a sceptical voice (e.g. on fracking, tar sands and energy efficiency) and has pushed a broad deregulatory agenda at the EU level in an effort to minimise regulation. But in agriculture it has been a key voice in pushing for reform and greening of the Common Agricultural Policy and similarly it was vocal in calling for reform of the Common Fisheries Policy.

The implications of Brexit for EU environmental policy are consequently mixed. In some areas the EU may be able to push further and faster without the UK, but in others the UK’s more progressive stances may be missed. One irony though is that despite the narrative of ‘taking back control’, in a whole range of areas the UK will continue to be bound by EU rules if it wishes to maintain access to the Single Market, but it will no longer have say in the way the rules are made.