Brexit and the future of fisheries policy in Northern Ireland 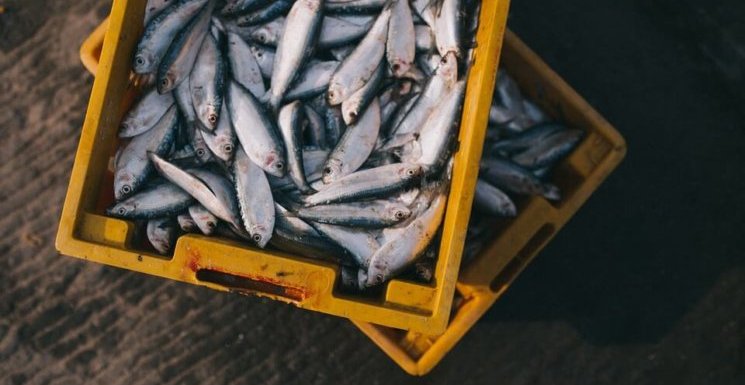 While the report’s findings and recommendations are focused on the implications for Northern Ireland fisheries, the issues it raises speak to the wider challenges Brexit presents fisheries policy across the UK.

What does fishing mean to Northern Ireland?

As with the rest of the UK, fisheries accounts for only a small part of Northern Ireland’s economy, but is important to the life of small coastal communities and, as its prominence during the referendum campaign highlighted, has political significance.

Almost 17,000 tonnes of fish, worth over £30 million, were landed in to Northern Ireland’s ports in 2017. Almost half of this (in value terms) is accounted for by landings of nephrops (known locally as Dublin Bay Prawns). Northern Ireland’s three main fishing ports – Ardglass, Kilkeel and Portavogie – all feature in the UK top 20 for fish landings by value.

Northern Ireland had 310 fishing vessels. 40% of these are over 10 metres in length – a much higher proportion than anywhere else in the UK.

In relation to the whole UK, however, Northern Ireland’s fishing industry is small. It accounts for just 6% of the UK’s fishing fleet, and just 4% of the value of fish landed into UK ports.

This all means that the nature of Northern Ireland’s fishing industry is unique and has specific needs. The report argues that Brexit presents an opportunity for Northern Ireland to see an increased share of fishing quota, which will boost the industry’s fortunes. But it also stresses how this will have to be careful balanced with several other factors.

The central theme running throughout the report is that fisheries policy doesn’t operate in isolation.

As has been highlighted for some time now, trade issues are central to fisheries. In the fisheries white paper, the UK government outlined its desire for there to be a separation between negotiations on fisheries, and negotiations on trade and the UK’s future relationship with the EU.

But this is unrealistic in practice. The EU has already explicitly linked fisheries to its wider relationship with the UK, and in March the government conceded allowing EU vessels to continue accessing UK waters during the transition in exchange for continued free trade.

Beyond this, the reality is the fishing industry itself relies on exports. This is especially the case for shellfish – the largest of the UK’s fishing sectors – where the majority of markets are abroad and the imposition of non-tariff barriers delaying the transit of fresh produce could be highly damaging. In Northern Ireland’s case, 40% of its fish products are exported.

Around 90% of that is estimated to be accounted for by trade with the EU. But the domestic market is also important. With 45% going to the rest of the UK, the potential for a customs border and delays across the Irish Sea could also be damaging.

The report also points to the important role played by migration. Northern Ireland’s fishing industry has increasingly become reliant upon skilled, often non-EU, migration to crew fishing vessels. But the increasing difficulty in being able to secure work visas in the UK, together with difficulties in attracting local employment into the industry, have made it difficult for skippers to crew their vessels, and left some with little option but to sell up.

The report also highlights the importance of economic support and infrastructure. Northern Ireland benefits from EU funding to support its fishing industry (up to £190 million between 2014-2020).

The government’s fisheries white paper has little to say on replacing EU financial support after Brexit. Nevertheless the references to ending subsidies which promote overfishing, together with the language around the fishing industry taking on a greater ‘shared responsibility’ and ‘making a greater contribution to the costs’ might mean such investment may not be forthcoming.

External engagement is another area vital to successful fisheries policy, and the recent dispute over scallops in the English Channel highlights the need for close collaboration and dialogue to manage fisheries, and the risks associated with communication breaking down.

The need for cooperation is particular acute in Northern Ireland’s case. The maritime boundaries in Lough Foyle and Carlingford Lough are not formally agreed. This, as the report highlights, has prevented effective joint management, which in turn has had a negative impact on the local environment.

However, Ireland’s Supreme Court recently found the agreement had no legal basis, and legislation to formalise the agreement has stalled during its passage through the Irish Oireachtas.

Fisheries policy is devolved. This means it will be up to the Northern Ireland Executive to make fisheries decisions after Brexit. However, the UK government wants to establish a UK-wide common framework to limit the potential for any policy divergence across the four fisheries administrations.

While there is broad agreement for the need of a common framework, it remains unclear from the fisheries white paper how the government intends involve the devolved nations, and the government’s approach to engagement so far has been criticised.

However, the absence of an executive following the collapse of power sharing in January 2017 means Northern Ireland lacks a formal voice to promote its interests in the development of post-Brexit UK fisheries policy. It also means policy decisions cannot be made and legislation cannot be passed, heightening the risk of a ‘governance gap’.

It remains the case, then, that post-Brexit fisheries policy is uncertain, and the government’s recent fisheries white paper has done little to clarify this ambiguity. For Northern Ireland, then, the committee’s report has drawn attention to some of the key issues facing its fishing industry.

The complexity involved and interconnectedness with other policy areas such as trade and migration mean there are no quick or simple fixes. However, without a functioning devolved government to promote the interests of Northern Ireland’s fishing industry and put the necessary governance arrangements in place, Northern Ireland risks being left behind in the development of the UK’s post-Brexit fisheries policy.

By Christopher Huggins, Senior Lecturer in Politics, University of Suffolk.