Brexit and the future of UK-EU police and security cooperation 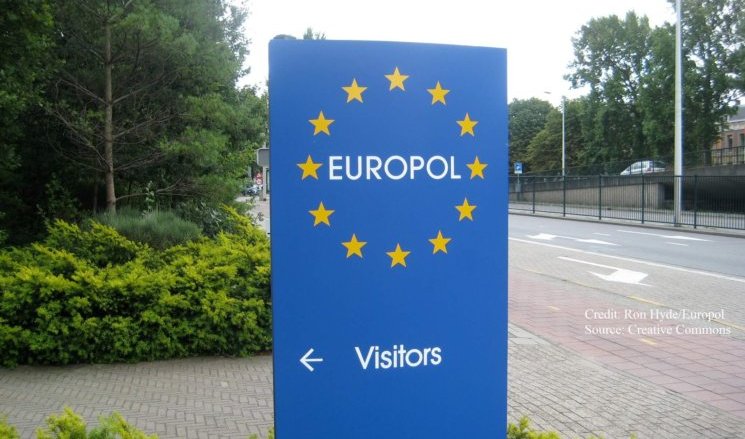 Among the many important and complicated issues that UK and EU officials must resolve during the course of Brexit negotiations is the future of UK-EU police and security cooperation. While much of the pre- and post-referendum debate and discussion in the UK and across Europe has revolved around issues such as migration, trade, and the size of the UK’s “exit bill,” equally important for both sides is the desire to minimize the practical impact on police and counterterrorism cooperation, and preserving the smooth extradition of criminal and terrorism suspects between the UK and EU countries.

David Davis, the Secretary of State for Exiting the European Union, has said that, “the UK government currently benefits greatly from close and interdependent police and security cooperation with EU institutions and member states,” and has listed “maintaining the strong security co-operation we have with the EU” as one of the government’s four main priorities in Brexit negotiations.

Continued cooperation between the UK and the EU in these areas is essential. The UK and EU member states face common threats from organised crime and jihadist-inspired terrorism. But despite a shared interest in maintaining a close relationship in these policy areas, negotiations on the future of UK-EU police and security cooperation will face a number of political, legal, and practical hurdles.

The domain of Justice and Home Affairs (JHA) has been one of the most active EU policy areas in recent decades. The EU has built up and expanded its set of tools and capabilities to combat organised crime, terrorism, illegal immigration, and to facilitate judicial and police cooperation among its member states.

The UK has been at the forefront of shaping the direction and purpose of structures and policies within this domain. The UK has the highest number of seconded officers at Europol headquarters in The Hague, for example, who work on issues such as cybercrime, human trafficking, and illegal immigration. The UK was a major advocate of the European Arrest Warrant (EAW) and the EU’s Passenger Name Record (PNR) directive.

UK governments past and present have deemed a number of JHA measures to be essential for public safety and national security. In 2013, when current Prime Minister Theresa May was serving as Home Secretary, the UK announced a “mass opt-out” of 130 JHA measures. Following months of deliberation in government and Parliament, the House of Commons voted overwhelmingly the following year to voluntarily opt back in to 35 key JHA measures, which May described as necessary to “stop foreign criminals from coming to Britain, deal with European fighters coming back from Syria, stop British criminals evading justice abroad, prevent foreign criminals evading justice by hiding here, and get foreign criminals out of our prisons.”

Many police and security officials in the UK say these measures offer significant benefits to public safety and national security, and warn that their jobs would be harder outside of EU arrangements. UK negotiators will thus seek to maintain access to many JHA tools and functions.

Top priorities include Europol’s database of foreign fighters and suspected terrorists; the European Arrest Warrant, which facilitates the swift extradition of suspects among EU member states; the Second Generation Schengen Information System (SIS II), which allows police and border guards across the EU to share information on suspects, vehicles, travel documents, firearms, and other property; and the Passenger Name Records directive, which provides law enforcement authorities the names and flight information of air passengers entering or departing from the EU.

Political, legal and practical hurdles to a Post-Brexit deal

The UK government has indicated that it wants a bespoke deal with the EU on police and security cooperation post-Brexit, and ideally something close to the current relationship. Such an arrangement would preserve the UK’s access to operational data and intelligence contained in EU databases on individuals considered to be a threat, the extradition of criminal suspects to and from the UK, and maintain some level of influence for the UK on the pace and direction of developments in the JHA policy domain.

Negotiations will confront a number of political, legal, and practical hurdles, however. There is no precedent for a non-EU country to participate fully in core JHA measures. The EU does have some partnerships with third countries in this domain, but these countries do not receive full access to EU databases and have no influence over the strategic or operational direction of JHA agencies and functions.

For continued access to key JHA measures, the UK will likely be required to pay into the JHA budget, a possibility that the government has not ruled out. There is a precedent for such an arrangement. Norway, for example, contributes to the EU budget for limited access to JHA tools and capabilities.

An even bigger hurdle is whether the UK accepts some form of oversight by the European Court of Justice (ECJ). Theresa May has said repeatedly that she intends to remove the UK from ECJ jurisdiction, but EU member states are bound by the rulings of the Court, and EU agencies such as Europol also operate under its jurisdiction.

Additionally, any arrangement between the EU and UK must be consistent with standards set by the ECJ for EU agreements with third countries. So while the UK may no longer be under the formal jurisdiction of the ECJ, in practice it may have no choice but to comply with ECJ rulings.

The UK and EU have a common interest in maintaining a close relationship in police and security cooperation. A recent study by the RAND Corporation described the UK-EU security relationship as “too big to fail.” EU countries are and will continue to be among the UK’s closest partners when it comes to intelligence sharing, counter-terrorism cooperation, and combating organised crime. UK police and security services are among the most professional and effective in the EU, and have a range of expertise they can offer to EU member states.

The outcome of negotiations will determine the nature of the security relationship for decades to come. But just because it is in both sides’ interest to grant the UK a special status in the EU’s police and security arrangements does not guarantee that an agreement will be easy or quick to achieve.

By Richard Maher is Research Fellow at the Robert Schuman Centre for Advanced Studies of the European University Institute.