Brexit and the island of Ireland: the electric fence? 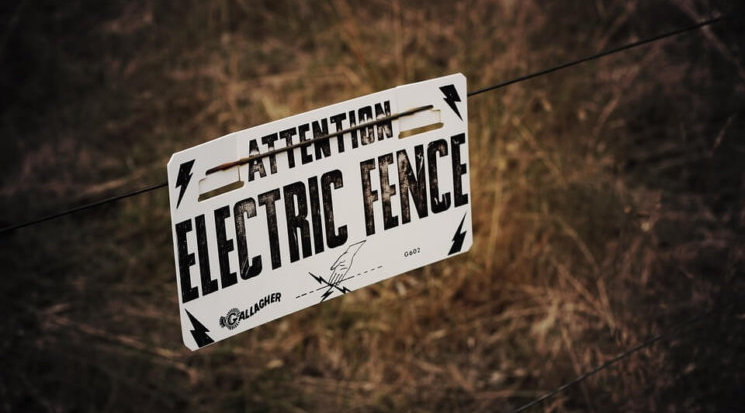 Access to the European Internal Energy Market (IEM) – particularly for electricity – is important for energy security and the efficiency of the UK energy system. For Northern Ireland, however, the degree of integration of its electricity market with another EU country requires additional consideration and understanding of the potential impacts of Brexit.

For those paying close attention to energy matters, we are assured that maintaining the special energy relationship between the UK and Ireland and avoiding the disruption of the Single Electricity Market (SEM) across the island of Ireland is a priority.

However, there are two aspects of this that perhaps have not been explored fully. This first is the sheer level of political, regulatory and business agreement on the importance of maintaining the SEM and its next iteration, the Integrated SEM (I-SEM). The second is the uncertainty of just how this widely-agreed priority will be implemented.

We looked at political manifestos, business associations, energy bodies and government positions across the UK, Ireland and EU. Starting locally, in their 2017 election manifestos, the Green Party NI, the Democratic Unionist Party, the Alliance Party and the Ulster Unionist Party all made specific reference to the all-island energy market and the importance of progressing and protecting this market. Sinn Fein and the Social Democratic and Labour Party, interestingly, do not refer to energy issues at all in their manifestos.

Prime Minister Theresa May, in her Mansion House speech in March 2018, referred to securing broad energy co-operation with the EU through exploring options for continued participation in the IEM, and more specifically ‘protecting the single electricity market across Ireland and Northern Ireland’.

The House of Lords EU Committee notes the future benefits of the I-SEM to both Northern Ireland and the Republic of Ireland (ROI) and is ‘encouraged that both the Government and European Commission recognise its value and are seeking to preserve it’.

British and Irish business groups and energy trade associations such as the CBI, IBEC, Electricity Association of Ireland, RenewableUK, Irish Wind Energy Association, British-Irish Chamber of Commerce and EnergyUK all refer to the delivery of I-SEM, or to the UK’s continued access to the IEM, as post-Brexit priorities for security of supply and/or consumer protection.

Continued effective functioning of the single electricity market on the island of Ireland is therefore an agreed priority. Inevitably, this takes us to the second point: the question of how we ensure that it takes place.

The SEM is not itself an EU project, but was set up bilaterally by the British and Irish governments, and has been signed into national legislation in both jurisdictions. This means that while the original Memorandum of Understanding for its establishment notes ‘the context of the European Union’s policy on the creation of an EU-wide internal market for electricity’ it does not rely on EU legislation to exist.

Having said that, the I-SEM is designed to integrate the all-island electricity market with the European electricity market and the detailed supporting policies that facilitate SEM and I-SEM operation are in many cases led or developed through EU law or European institutions.

The codes are designed to provide a more sustainable, secure and competitive electricity market across Europe. These codes are not transposed by law but through the grid code – that is, through the actions of system operators and regulators.

There would appear to be no reason to disapply existing network codes, but the question remains about how future network codes will be implemented if there is no requirement to do so.

In theory new European codes could be applied independently by British regulators and system operators. This would require the UK to be a ‘rule-taker’, accepting and applying rules without participation in the forums that design and set such codes.

Alternatively, the statutes of European bodies such as ACER (Agency for the Cooperation of Energy Regulators) and ENTSO-E (European Network of Transmission System Operators) could be amended to allow participation of British bodies in order to facilitate common rule-setting and standards.

Another issue is the question of who would arbitrate in the case of a dispute in the SEM/I-SEM. Should there be no recourse to the European Court of Justice (ECJ), there will be a need for an alternate dispute resolution mechanism. Again, this should not be an insurmountable challenge, but no options for such a mechanism are, as yet, on the table.

More broadly, if regulatory structures diverge between NI and ROI, it may be more difficult to ensure that all participants in the SEM are exposed to a common set of rules and a level playing field, creating imbalances across the market and risking inefficient distortions.

A coherent approach on the island would support the Republic of Ireland’s compliance with EU legislation in a cost-effective manner. Not only this but avoiding a two-speed market may well require coherent energy, climate and environmental policies across the island of Ireland.

Certainty on these and other issues is, to date, elusive. In principle, there is UK-EU agreement that with regards to the SEM EU law governing wholesale electricity markets will apply to Northern Ireland (Article 6).

The supporting text has yet to be agreed, however, and we still appear to be a long way from agreement on the detailed policies, codes, regulations and practices required to underpin the electricity market on the island.

Given that the secure supply of energy is fundamental to our economy and society, it is positive that everyone agrees on the importance of the SEM after Brexit. For the Northern Irish producer, consumer, generator, operator and regulator of electricity, however, details on the flexible and imaginative solutions required to ensure its continued effective functioning will become increasingly important as we draw closer to EU exit.