Brexit and the meaningful vote: down the procedural Raab-it hole? 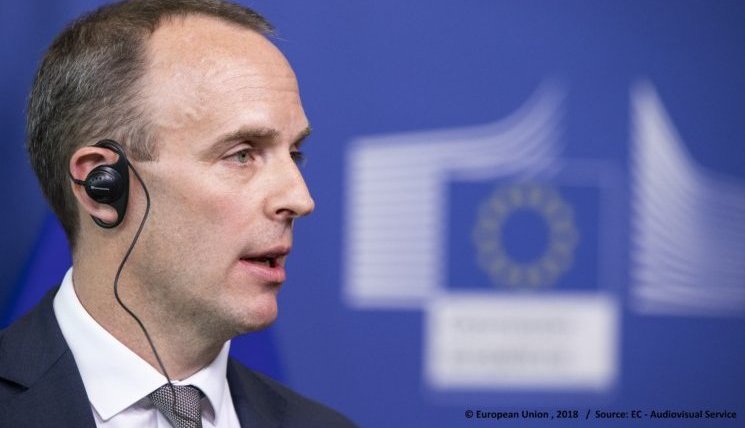 Brexit has a knack for producing constitutional mountains out of procedural molehills. Last Wednesday, the House of Commons Procedure Committee published a letter from the Brexit Secretary Dominic Raab along with a Government Memorandum on the Government’s views on how the procedural arrangements for the meaningful vote in the Commons agreed in the EU (Withdrawal) Act 2018 should work.

In a nutshell, the Government wants to ensure that the Commons makes a decision on the Brexit deal motion before it makes any amendments to it. In other words, it wants the Commons to say ‘yes’ or ‘no’ before it can say ‘if’ or ‘but’.

The Government’s main justification for this approach is to avoid the legal uncertainty that could be caused by the motion being changed and then agreed in a new amended form. In other words, it’s not about whether the motion can be amended but how it could be amended.

The Government says it wants to engage with the Commons and the Procedure Committee about the best way forward. So with that in mind, I want to attempt to break down some of the issues in play.

The basic problem is that the way section 13 of the EU (Withdrawal) Act 2018 is drafted means there is some wiggle room for how the Commons could approve the two elements of the Brexit deal: the Withdrawal Agreement and the Political Declaration. Section 13 says that both must be “approved by a resolution of the House of Commons on a motion moved by a Minister of the Crown”.

If the Government’s motion on the deal can be amended, then this raises a conundrum: if the Government’s motion is amended, would the amended motion count as approval under the terms of section 13? This question is very difficult to answer in the abstract without sight of the text of the motion and any amendments (we explore what might count as approval in our report the Brexit Endgame).

Raab’s letter and the Government’s memorandum suggest that an amended motion would risk the question ending up in the courts. This would, they say, create legal uncertainty and risk drawing the courts into the territory of Parliament’s internal proceedings. To an extent this risk is an unavoidable consequence of using legislation to create rules for how the Commons should approve the deal.

Parliament can also rely on the protection provided by the constitutional principle of parliamentary privilege, which means that the courts cannot question parliamentary proceedings. Nevertheless, the Government argues that the risk of legal uncertainty should be mitigated by adopting specific procedural arrangements for the meaningful vote in the Commons.

If the Commons decided to agree the Government’s motion, then no further amendments would be voted on. The legal requirement of section 13 would have been met and the Brexit deal would be approved ‘clean’ by the Commons.

The Government justifies this approach by arguing that the motion would still be amendable. The main difference, however, when compared to other procedures is that it changes the order in which the Commons takes it decisions.

The Government has consistently argued that the meaningful vote is a binary choice for MPs. This is fundamental to the Government’s case for using a procedure that guarantees a Commons vote on a “clean” motion.

If the Government’s preferred approach was not accepted then the Commons could adopt a procedure which enables a decision to amend the motion on the deal to be taken before deciding whether to accept the amended version. The Government is concerned that this would mean the Commons would not be able to take a straight ‘yes/no’ decision on whether to accept the Brexit deal.

Weighing the risks and the benefits

The Government is right that there is some legal uncertainty over what might happen if the Commons amended the motion to approve the Brexit deal.

The question for the Commons to decide is whether the risk of legal uncertainty outweighs the benefits of having being able to shape the approval motion before the ultimate decision on approval is taken. If they’re most concerned about uncertainty, this justifies using the Government’s suggested procedure which means that the Commons must reject the Government’s motion before being able to pass any alternative amendments.

If the Commons does agree to the Government’s approach, it would lose the ability to shape the substance of the approval motion before making the decision on whether to accept the Government’s deal.

Despite the Government’s stated concerns over whether the amended vote could end up in the courts, the reality is that parliamentary privilege means that the courts would be unlikely to interfere.

The truth is that the Government is more likely to be motivated by the simple desire of simplifying the vote, so that it only has to worry about achieving a majority for a single vote, rather than the alternative of having to face multiple divisions before the final decision on the Government’s motion.

By Jack Simson Caird, Senior Research Fellow in Parliaments and the Rule of Law, Bingham Centre for the Rule of Law. This piece originally featured on the UK Constitutional Law Association.