Brexit and the special relationship:  will Trump be the UK’s new best friend? 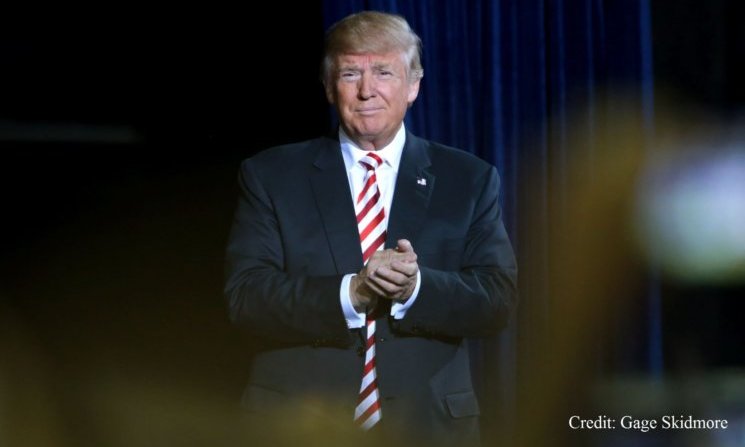 The at times jaw dropping behaviour of the president-elect confirms we will have to adjust to new ways of doing things. Trump’s domestic agenda is likely to meet popular resistance, and the authoritarian style he displayed in the campaign, together with several hard line nominations to his cabinet, augurs ill. He built his victory on mobilising discontent, mostly among whites; if he inflames the same passions further in the coming struggle over domestic policy, America will become an even more conflicted society.

Will Trump’s iconoclasm hold true in foreign policy? His nominations to key national security posts show serious intent; the nomination of Michael Flynn, whose public stance is little short of Islamophobic, as National Security Adviser gives cause for particular concern. If Trump’s ‘America First’ rhetoric proves good guide, it will herald a fundamental change in America’s role in the world. The impact will be global, but one consequence may be to strain relations with the UK, which matters as close ties to the US have been the keystone of British foreign policy for decades.

Obama saw his task as adapting US foreign policy to a world in which America faced no existential threat, but where the power shift, largely to the East, was real. He was determined to protect core US interests, acting unilaterally where necessary, but on less vital matters he sought partners to reinforce the rules-based international order. The US would remain indispensable, but in a more multipolar context.

What Obama saw as adaptation, Trump sees as weakness. His prescription is for the US to care less about the international order and more about promoting US national interest. Two pillars of his approach already apparent are, first, to renegotiate trade deals, and, second, to question the contribution of others to the US-led system of alliances.

How does the relationship with the UK fit into this? We can pass over the rhetoric of specialness that litters press coverage, carefully calibrating how each phone call, visit or bland statement of support from US officials suggests our importance. Trump’s affinity with Farage has created an anti-establishment bond of sorts and more could come of this if similar sentiments prevail in upcoming European elections, and  Le Pen wins the French presidential election, for example . But for now the UK government will base the case for a close transatlantic relationship on hard-headed calculation of national interest.

For the UK – a medium sized power – associating with what is, for the time being, the world’s superpower creates leverage and increases its influence in international affairs. So British diplomats will cultivate the Trump administration, showing their usual skill at getting close to anyone who matters in Washington. Reservations about ‘Trump the candidate’ will be overridden by calculation of the benefits that come from being as tight as possible with ‘Trump the president’.

But does the basis for cooperation still exist? Let’s look at those pillars again. Trade is a key component of US and UK foreign policy and a post-Brexit bilateral free trade agreement could suit both.  Britain’s need to make agreements outside the EU is evident; kind words have been spoken during Boris Johnson’s recent visit to Washington and for Trump this would be an easy win in his quest to show deal making prowess.

But broader views on trade might diverge. The new ‘Global Britain’ mantra promotes the UK as a champion of global free trade. Trump’s deal making may not prove protectionist, but US leadership of a free trade agenda is nonetheless unlikely. The effective scrapping of TPP and TTIP will have caused consternation in Whitehall. Brexit may lead the UK to turn away from free trade globally but as of now there is a difference of view that cannot be papered over by a bilateral agreement. Britain’s pursuit of new trade agreements and Trump’s renegotiations may operate in parallel but not necessarily in harmony.

The second pillar, alliances, raises broader issues. The US-led alliance system underpins the rules based international order, and UK foreign policy plays an active role in it, and in associated international institutions.  But Trump has called the value of US alliances into question. He seems unlikely to invest in the UN, which for Britain, as one of the Permanent 5, is a major channel of influence.  If ‘America First’ means Trump views international affairs as a fight of all against all and rejects a foreign policy driven by global responsibilities, then perhaps America can go it alone. Clearly, Britain cannot.

As for the transatlantic alliance, such value as the UK had for Washington as a like-minded voice inside the councils of Europe will now disappear.  There remains NATO, on which UK security rests and which gives expression to close US/UK cooperation on defence.  And yet Trump has queried the value of even this alliance. Will a common front persist on relations with Russia, for example? Trump favours accommodation, although on what basis recent events bring into question, while the UK takes a harder line.

And what about China? The UK has given priority to developing a ‘golden relationship’, but Trump seems intent on taking China on. If push comes to shove in the South China Sea, which side will the UK be on? That of the US almost certainly, but at what cost to its own strategy and credibility?

UK foreign policy is driven by a desire to extend a liberal, rules-based international order through global free trade and a strong network of alliances, partnerships and international institutions. Until Trump’s election these aims were in harmony with the US and the relationship was strong as a result. What we glean of Trump’s foreign policy suggests it will challenge every element of this strategy.

As the US approach becomes more transactional the UK will seek and find areas where a division of labour can add value – countering terror, for example. But if Trump’s America forsakes its global leadership responsibilities, all US allies will face hard choices. The UK cannot join the social democratic pole in international affairs that the EU might become; post Brexit, it must engage with as wide a range of new powers as capacity allows; and it must surely continue to express its values in support of a liberal, rules-based international order. Whether this incompatible with continuation of a strong Anglo-American axis led by a more realist US reveals the deep dilemmas facing British foreign policy.

Stephen Burman is Professor of American Politics and History at the University of Sussex. He was on secondment to the Foreign and Commonwealth from 2009-14.