Brexit and the UK-India partnership: test new foreign and security proposals against a winning formula 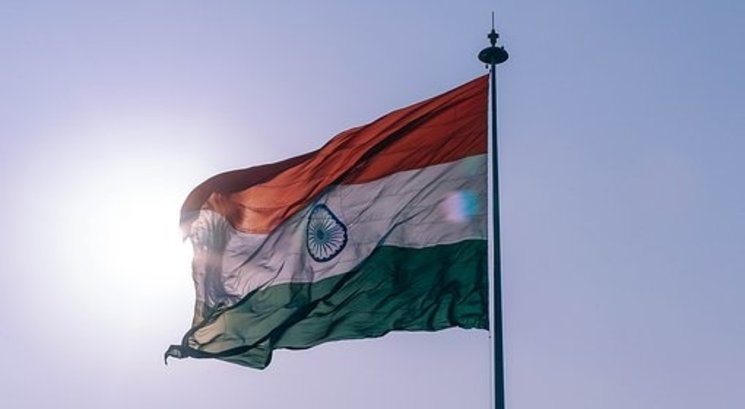 The machinery of Government has so far been geared towards limiting the impact of Brexit on UK trade and investment and calculating what is to be gained from negotiating our own trade deals.

The stronger our economic footing, the more ambitious we should be as we chart a new course for our strategic partnerships with nations around the world, including emerging Asian nations, most notably India.

While the debate over the UK’s post-Brexit economic ties with Europe is overwrought, the public is less exercised about the possibility that the UK could reform its foreign and security policy after Brexit.

But the UK needs to adopt an innovative stance towards foreign relations and should devise a means to assess its impact.

NATO, the UN Security Council and the EU have all guaranteed peace and security for the UK and provided us with decision-making power on a multilateral level.

Brexit will put this influence to the test.

But the UK is an economically resilient nation – a major recipient of inward investment, not least from India, a manufacturing nation with a considerable financial centre in its capital – and the OBR’s low growth forecasts are, for now, being revised upwards.

The UK faces a far less tangible ‘cliff edge’ after Brexit. We are at a crossroads: it is incumbent on us to decide how to make Brexit a catalyst for enhancing our international power.

The rise of India – which today takes a greater share of the UK-India balance of power than it ever has – is one of a number of factors that must determine the UK’s new global role.

As advocates of UK global trade have been keen to stress, globalisation means ensuring we are ‘open for business’.

Enabling greater global mobility is a key part of this and currently a stumbling block. However, we overlook the way that diaspora communities – from Bangladeshi and Indian to French, Polish and Greek – can play a larger role as foreign policy actors.

Innovation, technological transformation, trade and investment and bilateral security co-operation should be important tactical tools in our strategy to manage emerging risks – from security to climate change.

The UK’s partnership with India is a great example. Though India is projected to grow at 7.5 per cent in 2018-19, the value of trade and investment between the UK and India will hit a roof if further avenues for collaboration don’t open up.

For example, India needs more visas for its increasingly internationally-mobile students and business visitors so that they can secure more European business, particularly in London.

Building a ‘Living Bridge’ between the nations, to use Prime Minister Narendra Modi’s term, is vital for sharing the ideas and innovations that will open up new trade prospects.

In a phenomenon many identify with President Trump’s ‘America First’ stance – which notoriously led him to abandon the Paris climate agreement and level rhetorical criticism against NATO – multilateral institutions and norms have lost much of their ability to bind countries to global commitments.

Outside of the EU, the UK will be locked out of research initiatives such as Horizon 2020 and will face the possibility of being barred from the trade bloc that comprises over half of its trade, so its foreign relations strategy will require ambition.

The UK must seek to engage its closest partners by drawing up joint security, aid and research targets.

Bilateral partnerships, like the partnership between the UK and India, are now working at the coal face to tackle global issues.

Bilateral partnerships no longer serve only to strike trade deals and encourage increasing levels of investment; there is more than one bottom line.

India also requires more capital and investment, which the UK can provide by freeing up more of the liquidity of the London Stock Exchange for Indian innovations – by using green bonds to accelerate the adoption of clean energy technology, for example.

Financing growth requires training for the next generation and investment in industries undergoing rapid digital transformation, not just in cities but in the urbanising parts of India, too.

The UK’s higher education sector and R&D capabilities – which have long established the UK as a global partner of choice for innovation and research, attracting over 430,000 students from overseas – can play a major role in Indian growth.

The UK-India Education and Research Initiative is one of the world’s most productive uses of shared academic and financial resources and still has scope to expand.

And the UK’s Department for International Development can help India to achieve its foreign aid objectives by creating a larger combined pool of intellectual capital and financial resources with India’s Development Partnership Administration, based in the Ministry of External Affairs.

Lastly, faced with more complex risks than ever, our bilateral partnerships should take on a new strategic value, boosting our security and insuring our economic strengths in an unstable world.

Economic growth will be underwritten for the next generation by both green innovation and secure digital networks.

To see the UK build productive relationships after Brexit, we will need the UK to navigate the rise of Asian countries, the strongest source of recovery and transformation since the financial crisis.

The UK’s international partnerships must be transformational, not just transactional. Greater economic ties can be built but, first, we must think more laterally about the direction our strategic partnerships take, uniting those economic objectives with our security and foreign policy needs.

By Manoj Ladwa, an entrepreneur and the editor of a new study of the UK and India’s partnership, “Winning Partnership: India-UK Relations Beyond Brexit”. The inaugural UK-India Week will take place 18-22 June this year.