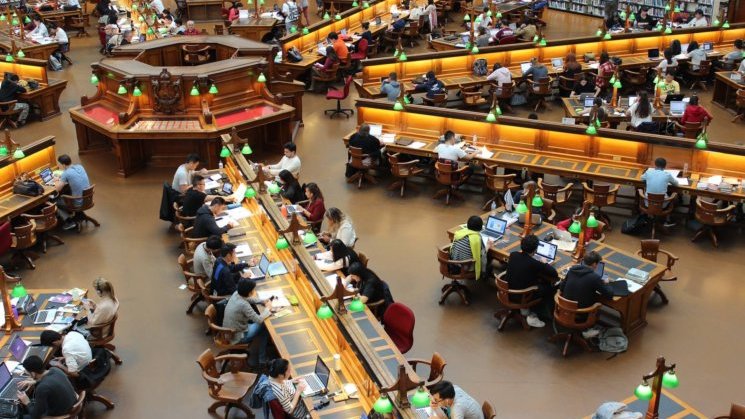 Brexit continues to dominate the contemporary political landscape of the UK, as negotiations with the EU are set to move into discussions on the future economic relationship.

Whilst agreement on the preliminary issues of the rights of EU citizens in the UK, the “divorce bill” and the commitment to avoid a hard border in Northern Ireland appears to have been reached, the process of Brexit now appears to be unfolding in a far less favourable environment to a UK that – at an official Government level – still wishes to detach itself from the single market and customs union.

The USA under President Trump has become far more unequivocal in terms of abandoning multilateral international frameworks and is assertively putting “America First”, abandoning the Trans-Pacific Partnership, threatening to end the NAFTA and advocating a radical overhaul of the WTO and its system of arbitration.

Commonwealth countries such as India, with whom key ministers have expressed hope that the UK could seek to build supplementary economic ties to that of the EU, have played hard-ball, demanding that any post-Brexit trade deal with the UK includes contentious areas such as freedom of movement for their citizens.

Finally, the process of Brexit itself is continuing to expose fractures in the political settlement of the UK, with devolved regimes in Scotland, Wales and London looking on with interest in the proposed settlement for Northern Ireland and related issues of national identity.

Within the overall macro context, a key area of concern has been the potential impact of Brexit on the UK higher education sector. It has strong links to the EU through funding via Horizon 2020, the Erasmus student exchange scheme and the vital contribution that EU staff make to UK universities, with 17% of academic and 6% of support staff being from other EU countries.

In this context Universities UK, the sector’s peak lobby group, have called for negotiations to ensure continued access to the EU’s FP9 innovation and research funding programme and Erasmus+ mobility scheme, as well as an immigration system with “minimal barriers” to enable EU academics and students to continue to study and work in the UK.

However, as yet, the actual impact of Brexit (to the extent of course that Brexit hasn’t happened yet) has been more difficult to ascertain. Despite predictions of a collapse in EU student numbers for those wishing to study in the UK, UCAS figures (see the ‘End of Cycle Report 2017: Patterns by Geography’ section of the latest release) suggest a somewhat muted impact thus far, with a fall of 1% on 2016 figures for acceptances to HE providers in England, or 8% relative to the trend increases that were reported year on year since 2013.

Should EU students no longer be treated in the same fashion as UK students, with the same fee structure and access to student loans, then (possibly self-funded students aside) we could see more significant falls – a point made by Million+, the lobby group for “modern” universities, as part of their pushing to keep the current status of EU students intact.

One would also expect variegated impact across the sector, with “old” and “research intensive” universities (represented by the Russell Group) more likely to suffer from any loss to EU research monies and staff and student intakes (at least to the extent that if this is not compensated by any new UK Government monies – e.g., funding arising out of industrial strategy initiatives).

Moreover, Brexit must be thought of as an event – albeit significant – that is taking place amidst a backdrop of more fundamental shifts that will only serve to more significantly affect the orientation and composition of the UK higher education landscape.

The same UCAS data reported above also showed a fall of 1% in acceptances for applicants domiciled in England. This should not be surprising given an ageing population, but it could also be indicative of a reappraisal by young people of attaining a degree in a UK institution relative to the costs of doing so, given the increased competition for jobs by a larger graduate workforce.

Whilst a fall of 1% does not sound dramatic, it comes after year-on-year increases, and the fall in mature/part-time enrolments has been even more severe since the economic downturn in 2008. In concert with a tightening of visa requirements for non-EU applicants over recent years, this does point to a squeeze on many universities’ traditional business model.

The international HE landscape is also experiencing continued significant shifts, and hence a relative decline in the UK institutions’ standing in international league tables. Key here has been the rise of East Asian universities, with a Chinese university (Tsinghua University) now featuring in top ten for the world HE employability rankings for the first time, and three others (University of Hong Kong, Peking University, and the University of Tokyo) featured in the top 20 for 2018.

Related to this, the growth of intra-regional mobility has been significant, particularly in East Asia, with China hosting over 330,000 foreign students during 2012 alone (with a plan to lift this to 500,000 by 2020), Japan with a target of 300,000 inbound students by 2020, and Malaysia also positing itself as a regional educational hub.

Countries closer to home are also doing this, with Ireland for example also stating its intention to double international student numbers over the next five years.

These shifts will further serve to reduce the relative appeal of studying in the UK and hence could mean the need for a serious re-think on the part of many HE institutions in the UK.

“Business as usual” will no longer be enough to guarantee ongoing viability. It could be that such changes could even lead to a shakeout of HE providers, but either way then, Brexit should be seen as a clarion call to universities to reconsider their core business and adapt to a changing national and international HE landscape.

By Alex De Ruyter, Professor and Director of the Centre for Brexit Studies at Birmingham City University.