Brexit: Australia’s choices in engaging with the UK 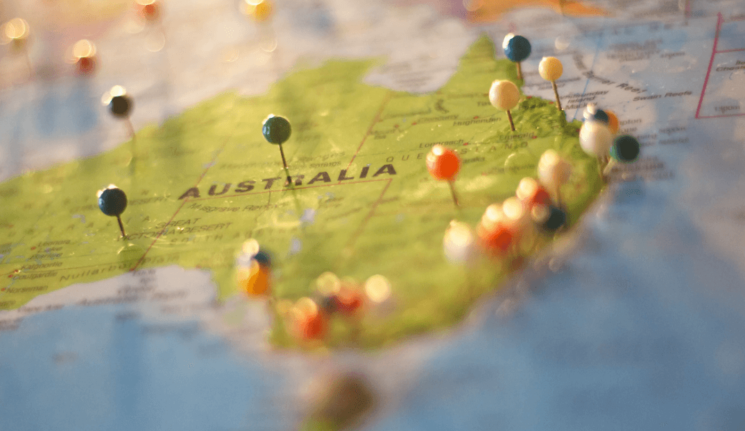 The world of cricket is one area where Australia and England share a long history. Yet the UK may well find that commonalities such as cricket, or the Commonwealth – or even ideas about the Anglosphere – will not guarantee smooth negotiations with Australia.

Since the referendum, Australia has expressed its objective to foster a closer relationship with the UK after Brexit, regardless of the final outcome. A dissenting voice came from the former Prime Minister Tony Abbott who suggested that a ‘Brexit delay would keep the UK as a tethered goat’. Abbott still passionately believes in ‘the country that saw off Hitler, the Kaiser, Napoleon and the Spanish Armada’.

Yet his championing of an Anglosphere is not finding resonance in the regular meetings taking place among both ministers and officials from the UK and Australia, as they prepare for a newly calibrated engagement after Brexit. Indeed, since 2016, governments officials of Australia and the UK have been holding meetings of their Trade Working Group to prepare for a future trade agreement.

Yet the Australian government’s approach appears to be pragmatic realism. It seeks a deal with the UK that will be long on hardnosed calculations and short on nostalgia, even if it does refer to the long history of close relations with the UK and affinity of traditions.

A shared common heritage, parliamentary traditions and the Commonwealth are important historical links. Yet, nostalgia cannot override the political and trade realities. Commonwealth ties may help recalibrate Australia-UK relations, but this Commonwealth heritage cannot replace Australia’s diversified political and trade links, especially within its own Asia-Pacific region. Although the UK is the largest European export market in goods and Australia’s fifth largest two-way trade partner in goods and services, its overall share of Australia’s two-way trade only accounts for 3.5 per cent and thus only represents a small overall percentage of Australia’s trade.

Australia has been working on agreements with the UK that are similar to those it already has with the EU. In 2018 they launched the Australia-UK Leadership Forum (AUKLF) to strengthen dialogue and cooperation. More recently, Australia has negotiated bilateral agreements with the UK including a Wine Agreement and Mutual Recognition Agreement to ensure that the continued flow of trade post-Brexit and arrangements already in place between Australia and the EU continue to apply to the UK after Brexit.

Australia is also deeply engaged in FTA negotiations with the EU at present and Australia is adamant that it seeks a deep and broad agreement that covers a large number of areas. Put simply, Australia does not have to choose between the UK and the EU – it is in fact in productive dialogues with both. Brexit is occurring at the same time as EU-Australia trade relations are gaining new momentum.

So Australia is considering its approach to both the EU and the UK at a time of potentially positive benefits for its pragmatic diplomacy in both relationships. Australia thus finds itself in a situation where two important trading partners are keen to clinch a deal with it. Australia has a team of skilled trade negotiators and the UK has not negotiated on trade since 1972.

Yet the UK is facing not only a need to skill up on trade deals. It also needs to improve its international reputation, including with Australia. No doubt Theresa May’s successor will be committed to Global Britain, yet the government will be obliged to work hard to redress a perception of its inability to make good on an agreement it negotiated with the EU. It could well result in states – such as Australia – thinking carefully about negotiating with the UK, if they are not convinced that the UK will honour its commitments.

The UK government will need to shore up trust in a state that used to be famous for its incremental and gradualist political culture and the stability of its institutions – the themes that all students of both British and comparative politics were familiar with.

There is no need to reprise references to the Anglosphere colonies. Expect little nostalgia. Certainly the Commonwealth holds an attraction as a body of nations that meets to discuss common concerns. Yet it accounts for only 9% of UK trade. Australia accounts for 1.3% of UK goods trade but there is a very strong services and investment relationship, with British companies based in Australia and Australian firms in London keen to remain there if possible.

At the same time, the web of alliances that the UK and Australia have developed over several decades on security is now being strengthened, alongside functional agreements. After Brexit there will be some continuity of bilateral arrangements that are outside the EU-Australia relationship such as the Five Eyes Intelligence Alliance, the Five Powers Defence Arrangements and the Australia-UK Ministerial Dialogue (AUKMIN).

AUKMIN has set out an agenda for closer engagement in its Action Plan, which could be a putative template for the Australia-UK bilateral relationship. Agreed on 20 July 2018, the Action Plan,

Historical legacies will influence their renewed future relationship – they have a shared heritage, as well as cultural, economic and political values. The remnants of an alleged ‘British betrayal’ over the UK’s accession to the EU has all but disappeared, particularly in the context of Australia’s developed trade links with its own region and the acknowledgement of its trade potential (in goods and services) with the EU. Yet it must be borne in mind that Australia no longer regards the UK as its great and powerful friend, as its greatest trade ally or as the prism though which to work with the EU.

Rather, Australia has a different great and powerful friend in the US, a solid engagement with the EU and a diversified trade relationship with the Asia Pacific, or as it now calls it, the Indo-Pacific. Strong historical links will endure but will not dominate the relationship after Brexit.

By Philomena Murray, Professor in the School of Social and Political Sciences and Jean Monnet Chair at the University of Melbourne.