Brexit: Britain remains as divided as ever 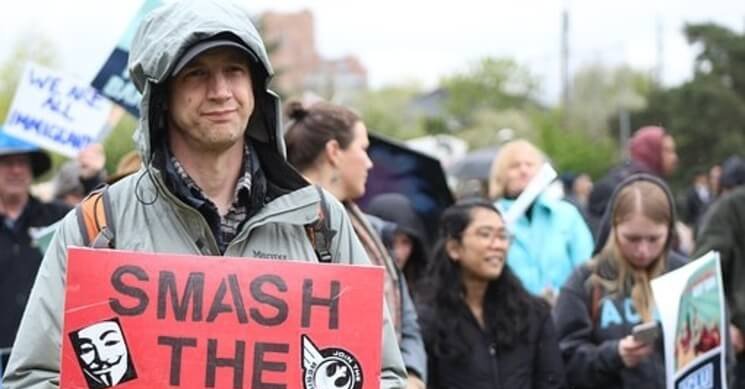 Despite increasing public discontent with the way the government is handling the Brexit negotiations, there remains little consistent evidence that attitudes towards the EU have shifted since the referendum in June 2016.

Data from the latest British Social Attitudes (BSA) survey suggest that underlying levels of Euroscepticism across Britain have not increased in the wake of the referendum itself.

According to the long-running study by the National Centre for Social Research (NatCen), levels of Euroscepticism (defined as wanting Britain’s long-term policy to be to leave the EU outright, or to stay in the institution but reduce its powers) have been consistently above 50% for a little over 20 years, reaching a peak of around three quarters in 2016 immediately following the EU referendum campaign.

While remaining higher than in 2015, before the campaign began in earnest, the latest BSA results released earlier this month suggest that the proportion of those reporting that their preference would be for Britain to have a looser relationship with the EU is no higher now than it was at the time of the referendum.

The data does however suggest that attitudes amongst Eurosceptics may have hardened somewhat in the wake of the referendum. While in 2015 most Eurosceptics wished to ‘remain in the EU but reduce its powers’, in both 2016 and 2017 most of this group wished to leave the EU outright.

Despite this apparent solidifying of support for Leave amongst Eurosceptics, there is little evidence of a definitive change in the balance of public opinion on the binary choice of whether the UK should leave or remain inside the EU.

Data from both NatCen’s random-probability panel and a number of polling companies show that pessimism about how the Brexit negotiations are being handled has increased among both Leave and Remain voters.

However, overall support for both sides has remained relatively steady, with the six most recent polls (conducted by YouGov and Survation) asking respondents the question that appeared on the ballot paper in June 2016 finding on average that around 51.5% would vote Remain while 48.5% would back Leave.

The first point to highlight here is that, although these figures might suggest a small majority in favour of Remain, all we can really be sure of when the polls show such fine margins is that support for both sides remains relatively even. Indeed, the majority of polls immediately prior to the referendum in June 2016 placed Remain narrowly ahead despite Leave emerging victorious.

The second is that any potential swing does not appear to be a result of large numbers of Leave voters changing their minds about the merits of their initial decision. Rather, while on average around 7% of those who backed Leave in 2016 state that they would now support Remain, these voters are counterbalanced by the 7% who initially voted Remain and who would now support Leave.

This apparent shift instead seems to be caused by the fact that a higher proportion of those who did not vote in 2016 indicate that they would now support Remain rather than Leave, a group among whom turnout in any hypothetical second referendum is far from certain.

The evidence we have in the wake of the Chequers agreement suggests that this pattern is ongoing, with disapproval of the way the government is handling Brexit continuing to rise, while support for both Remain and Leave stays relatively static. After two years of political upheaval, it appears that public opinion remains as divided as ever.

By Ian Montagu, senior researcher at the National Centre for Social Research (NatCen). This piece originally featured in the Times Red Box.