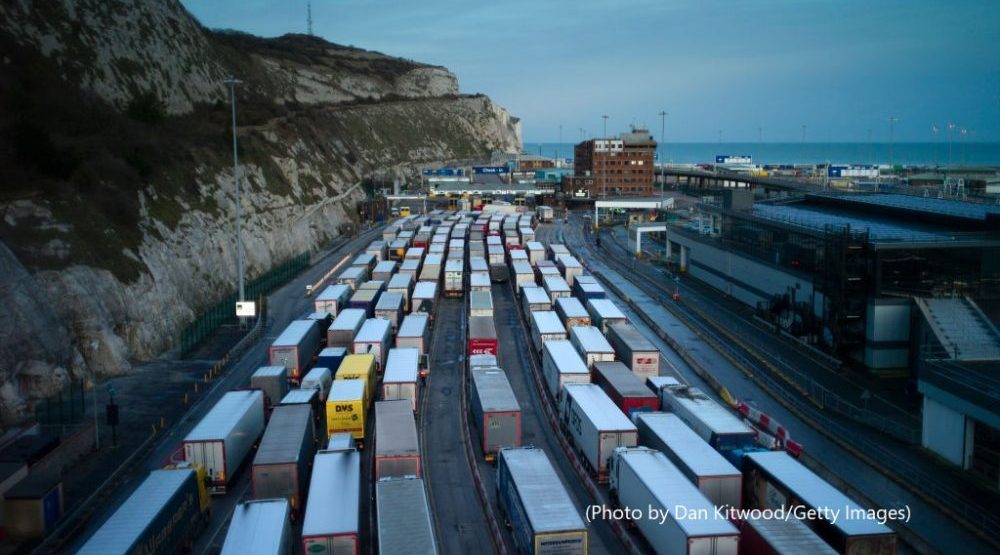 We are now six weeks into life since the EU-UK Trade and Co-operation Agreement (TCA) came into force. Business communities, both here and across the continent, will remember where they were when news broke of an agreement on Christmas Eve.

While there was palpable relief that a messy no-deal Brexit had been avoided, businesses knew that a huge amount of change would lie ahead – but had huge doubts about the specific, practical steps they would need to take next.

The British Chambers of Commerce has long argued that firms needed time and space in order to understand the nuts and bolts of a new set of UK-EU trading arrangements. The transition period was initially designed with exactly that in mind.

Yet in practice the last-minute nature of the deal meant that many businesses, their customers and their suppliers, were left to try to work out what it meant in record time.

While some of the new arrangements could not be known until the TCA was agreed, other detailed issues that businesses were grappling with – like UK tariff codes and rates for imports – were not new, and had been raised repeatedly over the previous four years by businesses who needed answers.

So it was little surprise that the Government’s ‘Check, Change, Go’ campaign did not provide firms with the actionable information they needed. The campaign made it seem like firms just had to undergo a quick MOT – whereas the reality is that for many, the complexity of the changes required were more akin to planning a moon landing. Television ads and posters informed business that change was coming, but sufficient detail to enable firms to act was hard to come by.

Facts on the ground

Six weeks on, it will come as little surprise to learn that many businesses that trade with the EU are finding it hard to adapt. Some in Westminster are keen to dismiss firms’ concerns as ‘teething problems’ that, once the dust settles, will simply fall away.

The BCC’s recent Brexit survey found that half of exporters to the EU were facing difficulties in adjusting to the changes in the trade or movement of goods. The most commonly cited concerns were increased administration, costs, delays and confusion about what rules to follow.

Notably, the problems are more insurmountable for smaller firms, the ones most likely to put a hold on their importing or exporting plans, despite the UK Government’s desire to see them trading more.

Worryingly, the survey also revealed that a quarter of exporters were considering decreasing activity in the EU market over the next 12 months.

The issues which business are facing can be split into three areas. First, difficulties arising from the challenges adjusting to new arrangements, like the sheer volume of paperwork which, though burdensome and costly, are unlikely to prevent businesses from continuing to trade.

Second, issues about how new rules have been implemented, such as new customs arrangements. Businesses are reporting differences in practice and procedure from EU member state to member state, creating additional uncertainty and cost.

And third, there are structural issues – such as the Rules of Origin agreed by the UK and EU – which are causing existential difficulties for some firms, and can only be resolved through further UK-EU negotiation. And that is before you even get to the thornier issues created by the Northern Ireland Protocol.

The stark truth is that no one can comprehensively list all the issues businesses are facing, partly because new ones will keep arising. The UK’s plans to implement additional checks on imports from the EU, with some set to start in April and others in July, are likely to create additional crunch points.

There are no quick fixes to make trade flow smoothly in both directions. Businesses are nimble and many can adapt – witness the way many have shifted their business model to remain viable during the pandemic – but they are not miracle workers.

The UK Government, in turn, needs to take four steps.

First, it must do everything that is within its own power to simplify processes that are within its own direct control. Second, it must work tirelessly with the EU and member state Governments to smooth difficulties wherever possible. And third, it must return to the negotiating table on some of the outstanding business and trade issues that are still be to resolved between the two sides.

Fourth, it must help businesses here at home to understand and adapt wherever possible. BCC believes that firms should be able to offset some of the heavy adjustment costs they’re facing against their tax bills – over and above the £20m in adjustment funding announced recently.

For business, we have reached the end of the beginning of the Brexit process, nearly five years on from the referendum. Now the two sides must work openly, honestly and collaboratively to keep trade flowing – and to help firms both here and on the Continent adjust and thrive.