Could the EU really be convinced to budge on the backstop? 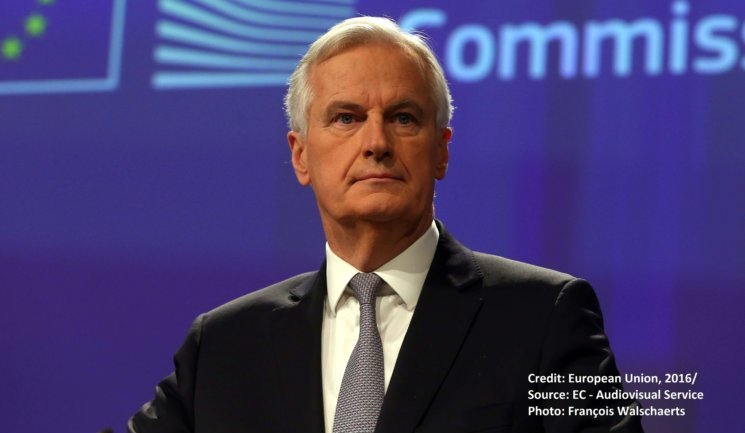 A popular view in the UK is that the EU is implacable and immovable on the question of the Brexit backstop. But a more careful reading of statements from senior EU officials and from figures in the member states suggests that there is some room for manoeuvre – albeit within carefully prescribed limits.

The backstop is intended to provide a safety net for arrangements on the UK-Ireland border, should it not be possible to agree a new relationship between the UK and EU by the end of the Brexit transition period (which stops by December 2022 at the latest).

It does this by keeping Northern Ireland closely aligned to EU rules, while also creating a UK-wide customs arrangement, all designed to avoid border controls, for as long as needed to get to that new relationship.

There are three roots to the backstop concept: one principled, one legal and one pragmatic.

The principled motivation is the desire to protect the interests of member states. The value of collective action at a European level comes with a requirement to ensure that no member is disadvantaged in relation to non-members.

The fact that the UK is moving from member to non-member status means that the concerns of Dublin will always carry more weight than those of London.

This runs into the legal concern. The EU is a rules-based organisation – it can’t make decisions based on informal or emotive buy-in from its citizens. It must ultimately follow the frameworks it has set for itself.

Thus, the obligations of the Good Friday Agreement count for a considerable amount. The same goes for the EU’s own requirements for market integration. It cannot allow access to the single market to a country that won’t commit to the free movement of workers across borders.

Third, World Trade Organisation commitments require checks and controls at the edge of a customs union and a single market.

Seen in this light, the backstop is an effort to square the multiple circles of different legal constraints, by creating a structure that removes differences in regulation between the UK and EU.

In so doing, the UK will effectively be acting – either as a whole or with part of its territory – as a member of several key EU policies.

All of this is reinforced by the pragmatic aspect: in Brussels, the UK is not seen a reliable partner, given its endless vacillations over Brexit, in both procedural and substantive terms.

The numerous public statements from senior British politicians about their desire to completely change or even tear up the backstop creates the strong impression that the UK’s commitments are less than concrete. This does not create much trust in European capitals, pointing to the need to have binding legal text to pin the UK down.

When UK prime minister Theresa May supported the Brady amendment to her Brexit deal on January 29 and agreed to go back to Brussels to seek changes to the backstop, it merely confirmed for many in the EU that there is a significant danger of discussions on the Irish border poisoning the entire withdrawal agreement.

So, given all this, how could the EU move on this issue? The three roots point towards inflexibility but it is important to recall that the EU is not an enthusiastic supporter of the backstop on its own terms.

Instead, it is tolerated as the least worst option, given the constraints.

Most obviously, the UK-wide temporary customs arrangement was a substantial concession to the British government, while all involved on the EU side of negotiations have repeatedly stressed their desire to see the backstop used only as a last resort and only until another arrangement can be found.

If another proposal were to be put on the table that satisfied the EU’s various needs – protection of its members’ interests and the integrity of EU policies on trade and regulation – then it would certainly be discussed and considered seriously.

However, after two years of research and negotiation, the Commission and member states do not see any viable alternative, given the UK’s stated preference to leave the single market and customs union.

This comes back to the uncertainty over the UK’s intentions. Movement on the preferred form of the future EU-UK relationship (for example, to include participation in a full customs union or in the single market) would be the most obvious factor that could change, affecting the nature and extent of the backstop.

But any policy change by the British government would need to be backed by a solid majority in parliament.

And this is the key barrier to EU flexibility. At present, the British political system looks blocked. Concessions on even one part of the backstop might turn out to be the thin end of a thick wedge – Tory backbenchers might feel emboldened to require the government to renegotiate for yet more.

Without a clear and definitive line from the UK, the EU is liable to keep its counsel and hold its line.

By Dr Simon Usherwood, deputy director at The UK in a Changing Europe. This article was jointly published with The Conversation. You can read the full report ‘Brexit and the backstop: everything you need to know’ here.