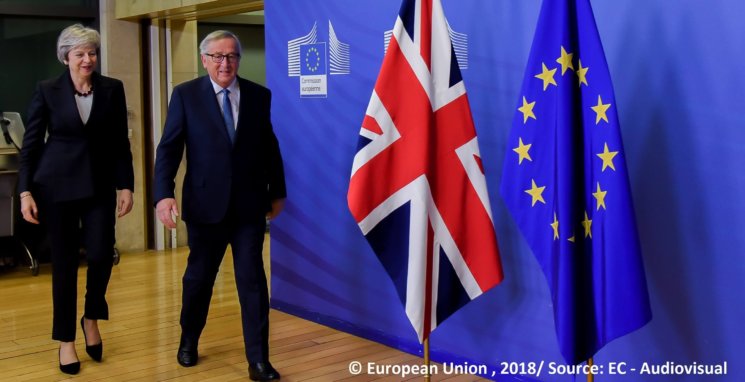 More than a year and a half after the despatch of the Article 50 letter, the Government and the EU have largely concluded a Brexit deal. But will the deal receive the support of a majority in the house of commons? And, if it does not, are there any workable alternatives to it and what might happen next?

The deal has already received vociferous criticism from various political groups in the UK. The DUP is opposed due to its concerns about any ongoing differentiation between Northern Ireland and the rest of the UK resulting from the Ireland / Northern Ireland protocol.

The ERG also does not like the protocol (its single customs territory and non-certain duration as well as its treatment of Northern Ireland), and considers the deal overall not to be consistent with the referendum result. Meanwhile, the Labour Party has unsurprisingly concluded that the deal does not meet its six tests and the SNP and Liberal Democrats are also opposed.

In its defence the Government has two principal arguments: The protocol is an option that it does not intend to use; and, the deal is as good as can be negotiated – the only alternatives are no deal or no Brexit.

Both arguments are flawed. No-one really believes the future relationship arrangement will be ready before the end of the transition period. Although the Government would then have the option (subject to agreement) to extend the transition period (versus defaulting to the protocol as ‘backstop’) or agree ‘alternative arrangements’, there is no certainty that the government would choose the extension option, which is politically controversial and, as for ‘alternative arrangements’, this is at best a notional concept.

If the government’s deal is voted down, would this lead to no deal? It would certainly make it more likely. After all, subject to extension, which requires the EU’s consent or unilateral revocation (a potential game-changer but we wait for the ECJ’s ruling), the Article 50 period is finite.

At the end of the two years, there is either a deal or no deal. The Government’s argument has been materially weakened by its own seemingly new-found aversion to no deal. The argument also assumes there are no workable Brexit alternatives.

But whatever the merits of the Government’s deal, at present it looks likely it will be voted down in the Commons, at least at the first attempt. If so, are there any alternative deal proposals that might be workable?

To be considered ‘workable’ a deal alternative needs at least to pass the following two tests (i) it is acceptable to the EU (ie does not breach any key negotiating parameters) (ii) it can achieve the support of a majority in the house of commons.

Before assessing the alternatives, the prevalent view that the EU will not permit any further negotiation needs to be addressed. The European Commission and the UK Government consider the withdrawal agreement to be finalised.

Although the political declaration is still being negotiated, it is expected to be concluded by or at the European Council meeting on November 25.

However, it is reasonable to suggest that there are circumstances in which either document could be reopened. Members states might disagree with elements of it or, unlikely though it might seem, the European Parliament might require changes.

But would the EU permit a negotiation to allow for an alternative deal proposed by the UK parliament? Rather than assuming that no further changes are possible, it seems more reasonable to think that changes that breach the EU’s negotiating parameters will not be accepted but changes that are no less favourable to the EU and might result in a more stable and sustainable deal should be considered. After all, no one wants no deal.

Would the defeat of the Government’s deal lead to no Brexit? We can assume that ‘No Brexit’ means a second referendum that remain wins. This is not an impossible outcome, but it is also not likely.

It requires at least the following: there are no other workable Brexit alternatives; a no deal outcome is avoided; there is a majority in the house of commons for another referendum; the EU consents to the extension of Article 50; and, remain wins the referendum

So, if neither no deal nor no Brexit are likely, what’s the alternative? Several have been proposed. The ERG supports ‘SuperCanada’, a trade arrangement based on an expanded CETA-type deal.

The ERG has also rejected the Irish backstop on the basis that it is not required to avoid a hard border between Northern Ireland and Ireland. The ERG’s plan would seem to fail the first of the workable tests.

There is no likelihood of the EU forgoing the backstop. SuperCanada is also likely to fail the second workable test. The House of Commons is unlikely to vote for a deal that is generally considered to result in material economic loss.

If SuperCanada is not negotiable because of the backstop, some of its supporters advocate no deal as the alternative. No deal is, at least, easily achievable because it would happen automatically at the end of the Article 50 period in the absence of an agreed deal.

However, no deal seems to have been somewhat deprioritised by the Government. In addition, of all the Brexit alternatives, this outcome is likely to be the least supported in the House of Commons.

Aside from ‘mistakes’, it seems that the principal circumstance in which no deal would become a more realistic alternative would be if a Conservative leadership challenge resulted in a new Prime Minister supportive of no deal. This currently seems unlikely.

Meanwhile, the Labour Party has proposed a deal that includes a permanent Customs Union ‘with a UK say on future trade deals’ and ‘full participation in the Single Market’ but without Freedom of Movement.

The Labour proposal also fails the first workable test. ‘Full single market participation’ is not negotiable without accepting Freedom of Movement and ‘a UK say on future trade deals’ is at best a very difficult ask.

If Labour’s proposal is to be both workable and to command a majority, it will therefore need to be amended – most importantly, to accept freedom of movement. This would lose the support of some Labour MPs, perhaps 15 (ie a similar number to those who voted with the Government for the EEA amendment).

If we also assume, that the DUP would vote against (of course, they might well not – this is a prudent assumption), the Labour deal would need the support of around 30 Conservative MPs.

Given the number of Conservative remain and EEA supporters, and assuming the Government’s deal has already been voted down, this number seems eminently achievable.

The final alternative advocated by several Conservative MPs is ‘Norway for Now.’ Without exploring this plan’s legal and logistical issues, the ‘for Now’ aspect of the plan is likely to result in it failing the first workable test (expanding the definition of ‘acceptable’ to include the EEA/EFTA states).

However, if the plan was recast as a permanent arrangement (and there has been some movement in this direction) then it looks almost identical to Labour’s modified plan and should be equally acceptable.

In summary, none of the alternative Brexit plans are likely to be workable, at least as originally proposed. This is a peculiar but, so far, defining characteristic of Brexit. So then if we assume that the Government’s deal fails at the first vote, what happens next?

Despite Labour’s wishes, the possibility of a successful no-confidence vote and a subsequent General Election can be largely discounted because it requires DUP / Conservative MP support.

If neither the Labour nor Norway for Now deals are amended to be workable, then the Government’s deal is very likely to pass at the second attempt. If it does not and Parliament is then confronted with a choice between no deal and a second referendum the latter option is more likely to be chosen.

This leaves the Labour Party is in a strangely powerful position. If Labour sticks to its current position it is is most likely that the government’s deal will eventually succeed. But if Labour is prepared to amend its proposal – or to accept the similar “Norway for Now” proposal they may well defeat the government.

And, crucially, there’s no reason in principle their amended plan should not be negotiable with the EU. Whatever the outcome, either through action or inaction, Labour will play a key role in the Brexit outcome.