Brexit didn’t cause the pressures on the NHS, but it will make them more difficult 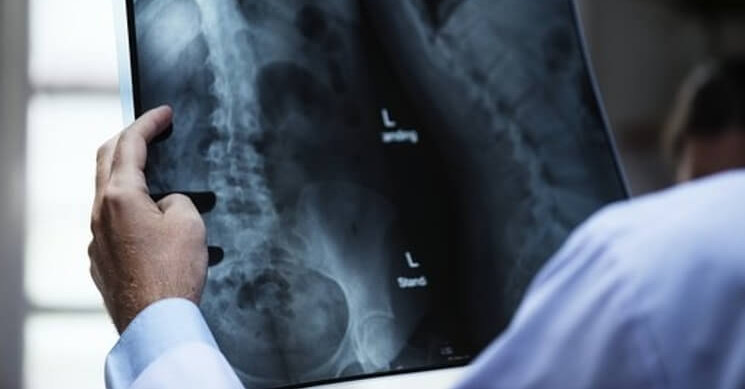 Forget the red bus, with its claims about what leaving the EU would mean for the health service.

In reality, the potential impact of Brexit on the NHS was hardly discussed during the EU referendum campaign. The Leave camp specialised in vague pledges of extra funding.

And, for their part, the Remainers managed to come up with only one healthcare benefit of EU membership in their campaign leaflet: the fact UK citizens have the right to access free or cheap healthcare abroad.

Nor was healthcare an important direct determinant of how people voted. However, since the referendum its salience has risen, not least because of severe winter crises.

Given the all-pervasive nature of Brexit in contemporary political debates the two have, unsurprisingly, been discussed in tandem to a greater extent than prior to the referendum.

The trouble is, these debates have, in the main, been stubbornly superficial in nature.

On money, Peter Levell and George Stoye from the Institute for Fiscal Studies (IFS) clarify some of the misconceptions about the impact of Brexit on the public finances.

In the same way that considering your headline salary isn’t a true reflection of your income, taking the UK’s gross contribution to the EU – the infamous £350m per week – is not the way to understand what money will be available to the NHS after Brexit.

Quite apart from being inaccurate, the figure is likely to lead to unrealistic expectations among the public about what effects Brexit will have on the NHS.

Taking into account the UK’s rebate and EU spending in the UK that the government has pledged to continue, the true figure available will be closer to £150 million per week.

But this doesn’t take into account the hit to the economy most economists expect from Brexit over the medium to long term, or the areas where the UK might want to keep paying into the EU to take part in EU projects.

These are likely to more than wipe out any saving from the UK’s EU contributions.

For the NHS, as for all public services, this will mean fewer funds available for spending increases.

The government could raise taxes, increase borrowing or divert money from other services, but Brexit is unlikely to come with a dividend for the NHS.

On staff, Tamara Hervey and Sarah McCloskey from Sheffield University reveal the scale of our reliance on EU nationals.

The worry is twofold. First, that the NHS can’t hold onto the staff it already has – and there has already been a steep drop in registrations of EU nurses.

And, second, that the future immigration system (whatever that turns out to be, and I’ve given up holding my breath) will be too restrictive to bring in the skills the NHS needs.

The government’s commitment to reduce low-skilled immigration could affect a whole swathe of NHS jobs if defined too broadly.

For example, senior care workers and nursing assistants fall into one of the lower-skilled categories, as do security guards, launderers and cleaners.

All of these could be vulnerable to restrictions, putting pressure on already understaffed organisations.

For patients, there is equal uncertainty.

The European Health Insurance Card (EHIC) is currently the basis for treating EU nationals across the EU, and it is far from certain whether the UK will be able to negotiate access to it in future, especially on current terms.

The government wants to retain the same benefits as now when outside the EU, but this may be unrealistic.

We need to be clear about the implications of not retaining the EHIC.

The Association of British Insurers (ABI) has estimated that the cost of treating UK citizens abroad without it will be about £160m.

Worst affected will be the elderly and those with serious conditions, for whom buying insurance to replace the EHIC will be more expensive, and potentially unaffordable.

The elderly are already the biggest spenders on healthcare and losing the EHIC would exacerbate this.

Overall, the EU has limited direct competence over health policy, although it is committed to considering the health impacts of its actions in all policy areas.

Therefore, the effects of Brexit, whether positive or negative, will mostly be indirect.

Changes to economic, trade and immigration policy in particular will have knock-on effects on health care provision and public health.

Understanding these effects, and the interconnections between different policy areas, is vital if Brexit is to be a success from a health perspective.

Moreover, the sheer scale of the challenge that Brexit presents makes effective action in other areas of public policy much more difficult.

Not least, its all-consuming nature means real care must be taken to avoid falling into the trap, pointed out by the House of Lords, of allowing the political cycle to take precedence over long-term planning.

We do not claim to be able to accurately predict the future, not least as the nature of Brexit itself remains stubbornly opaque.

Ensuring a well-functioning health service, and protecting public health, after Brexit is by no means impossible, but the challenges are significant.

Our report represents our attempt to identify them. Forewarned is forearmed.

By Matt Bevington, a Researcher at The UK in a Changing Europe. Our Brexit and the NHS report can be found here.